Five questions on where the GOP presidential race is going 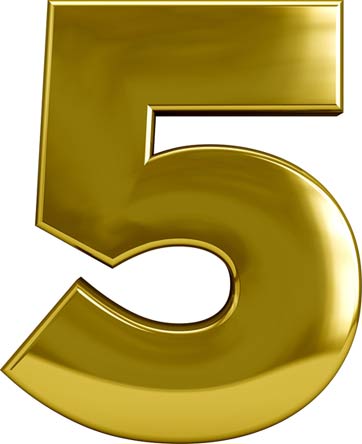 We are about three months away from the Iowa caucuses. No one is technically "winning" a race in which no votes have been cast and in an era when polls are highly suspect. Predicting what we will have three weeks from now, let alone three months, is a fool's errand. But there are questions, the answers to which over time will point to the eventual winner:

1. When will Donald Trump leave?

He seemed to be fraying last week as he attacked both opponents and voters. It matters a great deal when he goes. His voters (a subset of the respondents to polls who pick him as their choice based on name ID) are eclectic but not doctrinaire conservatives. If they scatter when the field is still crowded, his departure will suck up news coverage but not greatly affect the race. Sen. Ted Cruz is desperate to make a play for these voters (which is why Sen. Marco Rubio's team spent some effort pointing out Cruz is nothing like Trump on immigration), but Trump voters may find a more hospitable landing spot with Ben Carson (who scored a coup praying for Trump, rather than lashing back). Remember, Trump's voters have picked, for now, a non-politician, and no one would ever label Cruz as such.

2. Will New Jersey Gov. Chris Christie and Ohio Gov. John Kasich switch places (in the race, not in jobs)?

Kasich was thoroughly off-putting in the latest debate, revealing his worst qualities (whiny, sanctimonious, frenetic), while Christie was at his best. Christie has wisely planted himself in New Hampshire and is maximizing the "viral video" showing him discussing addiction. If he leapfrogs Kasich, Kasich will in all likelihood leave after New Hampshire (or be a non-factor), setting up a competition between Christie and Jeb Bush for moderates and those voters wanting executive experience. While Bush has a far more conservative record (naturally, in Florida, rather than blue New Jersey), Christie's campaign skills are vastly superior. Ironically, it may be Christie, not Rubio, who finally takes down Bush.

3. When Rubio is tested, how does he perform? While Cruz took a few swipes at Rubio on immigration, Rubio's team shooed him away reciting Cruz's decidedly not-hard-line immigration rhetoric and stances. Nevertheless, this is not the last of the immigration or other challenges Rubio is going to face. When candidates who are more aggressive than Bush decide to go after Rubio, we will see if he can take the heat, convert his potential into strength and prove that his time really has come. His team has worried about peaking too soon, precisely because that elongates the time period when everyone is shooting at him.

It is no secret that Carson is struggling to grasp the subject matter. Retired Gen. Michael Hayden, who has advised him, observed, "I must admit what you see publicly is what you get, a man trying to understand things which his life experience hasn't given him understanding about in the past." The events of Paris are a terrible reminder that terror is not contained, as the president ludicrously asserted the morning before the attacks, and the world badly needs U.S. leadership. Do we take the risk on someone so lacking in expertise? If his shortcomings become too acute for voters to ignore, his supporters may flee to Cruz, Mike Huckabee or even Rick Santorum. It may be fortunate for Carson that Huckabee and Santorum have fallen from the main stage and won't be able to confront him, barring a strong surge. It will be interesting to see if Cruz turns up the heat on Carson, hoping to shake loose social conservatives concerned about foreign policy.

5. Is Carly Fiorina poised for a comeback, or is she on her way back to the happy-hour debates (if there are any more)?

Fiorina is a classic counter-puncher, really finding her groove when counter-punching Trump. In the debate, she chided him for claiming to know Vladimir Putin from a green room. Since the debate, she has been needling Trump about objecting to her "interrupting" at the debate. If she provokes Trump and/or uses the confrontations to highlight her verbal dueling skills, she may see some traction once again. If she is still going strong, for example, and Trump leaves the race, a chunk of his followers who are looking for a non-politician may migrate to her. Because she is both an outsider and a polished performer, her success will draw support away from an array of alternatives (e.g., Carson, Trump, Rubio, Cruz). In that regard, she is both a hindrance (impinging on their base) and a help (knocking down Trump) to them.