Where There Is No Vision 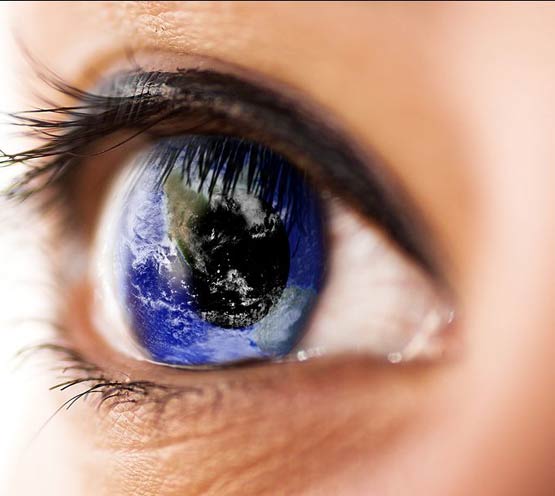 The above passage from the book of Proverbs is among my favorites. It's worth parsing out a bit. A quick online search for definitions of "vision" produces these (among others): "the state of being able to see" and "the act of anticipating that which will or may come to be."

The relevance of this biblical verse (and the timelessness of the wisdom contained therein) is on display of late, as the Obama administration moves ahead, risks be damned, with its plan to bring tens of thousands of refugees from Syria and other Middle Eastern countries to the United States — and to do so over the objections of a clear majority of Americans as well as the concerns of a majority of state governors and even many Democrat politicians (at least when they feel they can speak freely).

The dangers inherent in implementing such a resettlement program under current conditions are so evident that it beggars belief that any country's government would subject its own citizens to them — much less the government of a country that has been singled out for special hatred by ISIS, al-Qaida and other Islamic terrorist organizations.

It's not as if we have no experience with terrorism. The U.S. has already endured numerous successful attacks by Islamic terrorists (the USS Cole, the first World Trade Center bombing, 9/11, the Fort Hood shooting, the Boston Marathon bombing) and countless failed or thwarted attempts.

We have watched similar horrors play out in Europe. England, Spain and France have suffered terrorist attacks, most recently with last weekend's carnage in Paris. (And January's Charlie Hebdo attack was still fresh in people's minds.)

Civil war and the march of the Islamic State (ISIS) have driven millions of people from their homes in the Middle East. European countries are being overwhelmed by refugees. The narrative is that most of these are Syrians. But the European Union states that only 20 percent are Syrian. Most are from other countries, and there is insufficient record-keeping for hundreds of thousands of people on the move.

Europeans were concerned even before the Bataclan attack in Paris. The level of worry is even greater now that a man claiming to speak for ISIS gave an interview this week in which he stated that ISIS has already smuggled "thousands" of operatives into Europe among the legitimate refugees, preparing further terrorist attacks. Is that far-fetched? At least one of the Parisian terrorists had made his way across Europe to Paris using refugee documentation.

And what of those "refugees" poised to pour into the United States? Officials from the Department of Homeland Security and the FBI have admitted that it is not possible to effectively vet them all, saying, "It's not even close to being under control."

Faced with facts like these, you would think that the president of the United States could at least take our concerns about safety and security seriously.

President Obama has been typically condescending and unresponsive. He dances daintily around the term "Islamic extremists," but does not hesitate to slander the character and motives of anyone (including the atypically inquisitive press) who dares to question his judgment. He has dismissed Americans' concerns as just "folks popping off" or merely "having an opinion." He accuses other political leaders of "posing" and "playing political games." He trots out one of his standard lines — "We can have that debate" — by which he means he has no intention of debating the issue at all.

Obama's willingness to mischaracterize events and the American public's reactions to them reached new lows when he said of Republicans, "Apparently they are scared of widows and orphans coming into the United States of America. At first they were too scared of the press being too tough on them in the debates. Now they are scared of three-year-old orphans. That doesn't seem so tough to me."

His cynicism and arrogance is unfathomable and un-presidential. Comparing an unquestionably dangerous situation where people's lives are at stake to a TV debate is inexcusable. And it is deceitful to characterize the refugees as "widows and orphans" when the EU reports that 72 percent of the refuges there are male. Has the administration made a decision to accept only women and children?

The conditions in Syria are appalling. The conditions of legitimate refugees are pitiable and warrant assistance. But there is a big difference between saying that we have a moral obligation to help, and insisting that the only help that is morally defensible is a resettlement program here than can — and will — be used to shield the entry of those who intend to shed American blood on as widespread a scale as possible.

Where there is no vision, the people perish. G0D help us.