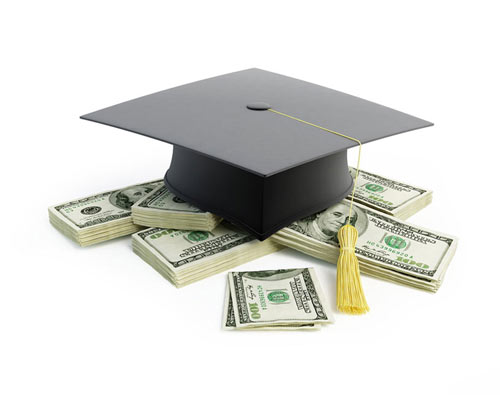 Hillary Clinton and Bernie Sanders, the leading contenders for the Democratic presidential nomination, have both floated proposals to make college cheaper (or, in the case of Sanders, "free"). Whether higher education is too expensive is a question that admits of no simple answer, but even if we suppose that it is, the candidates' plans raise more problems than they solve.

Sanders and Clinton would shape their programs around grants to the states. Acceptance of the grants, in turn, would mean accepting certain restrictions, such as maintaining a particular level of "investment" in education. (Neither candidate spells out in detail what the restrictions would be.) Both plans are aimed principally at public colleges and universities. Both promise to cut interest on student loans.

There the similarities end.

The Sanders plan is the more ambitious of the two. He would eliminate tuition entirely at public colleges and universities. The federal government would pay two-thirds of the program's estimated $70 billion annual cost, with the states picking up the rest. The grants, along with the aforementioned interest reduction on student loans, would be paid for by a tax on financial transactions.

Clinton's program would offer federal subsidies to reduce tuition costs for students unable to pay their own way.

Students would have to work 10 hours a week. Parents would be expected to make "an affordable and realistic family contribution." Clinton hasn't said how this figure would be calculated, or how the subsidies would be paid for.

Some have criticized Clinton's proposal as regressive, because many students of moderate means would be left with both loans and a work obligation that wealthier students would be spared. Clinton has fired back that the Sanders plan would reduce tuition for the wealthy, to whom she refers on the stump as "Donald Trump's kids." Clinton's proposal is the more enactable of the two, but the plans share conceptual weaknesses that suggest the need for more time at the drawing board.

The first weakness involves the underlying assumption that college is too expensive. Is it? We know that the median return on a four-year degree has outstripped the rising cost. For those who finish, therefore, the expense would seem to be worthwhile. That's why, as Beth Akers and Liz Sablich point out in a recent paper for the Brookings Institution, the challenge that higher education presents for the student of moderate means isn't cost. It's risk. What the government should provide, they argue, is an insurance mechanism, against the possibility that college doesn't pan out and the student is stuck with the loans.

But even if we assume that higher education really is too expensive, we face a second conceptual difficulty: Subsidies may not make college significantly cheaper. Although the relationship between the level of aid available to students and the level of tuition has been controversial, this study released in July by economists at the New York Fed is persuasive. The authors found fairly robust effects, with an increase of 60 to 70 cents in tuition for each dollar increase of subsidized student loans. The effect was stronger at private colleges than at public schools, and, among private colleges, was least pronounced at those accepting the smallest proportion of applicants. As these tend to be the schools with the largest endowments, the effect is not entirely surprising.

The Clinton and Sanders plans are aimed principally at public colleges, where out-of-state tuition already rises with the size of Pell grants. One reason in-state tuition doesn't capture the subsidies is political pressure from residents. So maybe the flood of new federal money would have no effect. On the other hand, given the growing need to compete with the wealthier schools in the educational "arms race of spending" -- for example, to hire or retain top faculty -- there's a fair chance that we'd see some significant increases.

Of course it's possible (some would say likely) that the web of regulations accompanying the grants under both programs would include implicit price controls. I'm no fan of this idea, but lots of smart people think I should be.

Finally there's the Scottish experience. In 2001, Scotland began the process of abolishing tuition, a goal essentially accomplished in 2008. In a recent Vox article, Libby Nelson pointed to research showing, among other things, that although the change led to an increase in applications, the children of the poor still attend college at relatively low rates. In other words, what has been holding them back might not be the cost.

Thus we see why the Clinton and Sanders proposals need more work. Their ideas may not be aimed at the right problem. Even if they are, they're not likely to solve it. And if factors other than cost are keeping the least well-off from applying to college, it's those factors that the candidates ought to be addressing.