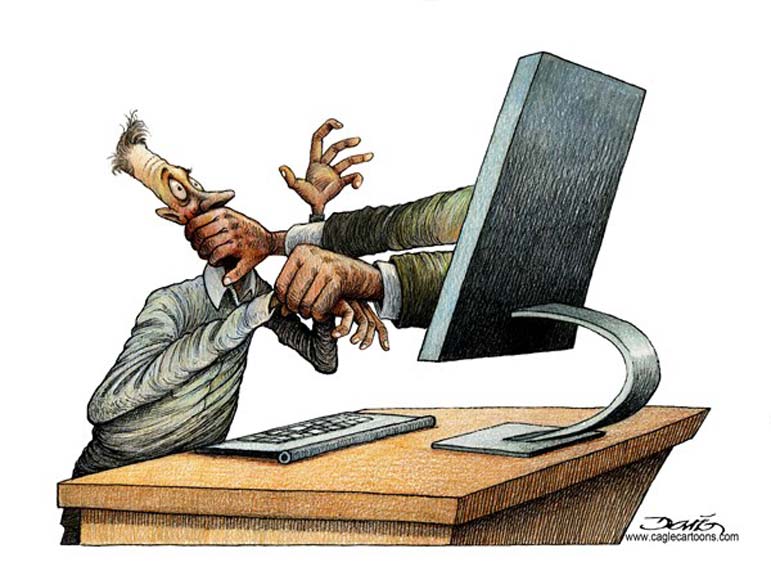 "We don't fact-check political ads," Facebook CEO Mark Zuckerberg said in a recent speech. "We don't do this to help politicians, but because we think people should be able to see for themselves what politicians are saying."

That might be simple common sense to many Americans, but to some Democrats these days, and particularly the Joe Biden campaign, it's a dangerous point of view.

Biden recently complained when Facebook declined to censor an ad from the Trump re-election campaign that said, "Joe Biden promised Ukraine $1 billion if they fired the prosecutor investigating his son's company." Even though that is an entirely defensible assertion -- "Everything in the ad is factually accurate," Trump campaign communications director Tim Murtaugh told me, adding that the spot was reviewed by lawyers prior to its release -- and even though it is certainly in line with the political debate that dominates today's news, the Biden campaign demanded Facebook ban the ad.

"Whether it originates from the Kremlin or Trump Tower, these lies and conspiracy theories threaten to undermine the integrity of our elections in America," a Biden spokesman said. "It is unacceptable for any social media company to knowingly allow deliberately misleading material to corrupt its platform."

A Facebook spokesman replied that the company made its decision out of respect for free expression and faith that a controversial ad will receive intense scrutiny in today's media world. "In mature democracies with a free press, political speech is already arguably the most scrutinized speech there is," the social media company's spokesman said.

Not long after, Zuckerberg made a more complete defense of Facebook's policies in a speech at Georgetown University.* The company faces a wide variety of problems when it comes to freedom of expression, he said. Some of those problems have solutions that have broad public support. For example, there is a consensus that Facebook should censor incitements to violence, or child pornography, or terroristic threats.

But political speech is something different. Much of it is supposed to highlight differences in opinion. It targets divisions in the electorate. It can be rough. And that has always been the case.

At Georgetown, Zuckerberg was clearly wary of jumping into the fray. "I know many people disagree, but, in general, I don't think it's right for a private company to censor politicians or the news in a democracy," he said. "And we're not an outlier here. The other major internet platforms and the vast majority of media also run these same ads."

Zuckerberg explained at some length that, since 2016, when some Russian ads directed at the U.S. presidential campaign appeared on Facebook, the company has taken extensive steps to verify the origin of ads and to make sure they are what they purport to be. Facebook accounts that are widely viewed are required to provide a government identification and prove their location in order to run a political ad.

Fake accounts are removed -- the company recently said it took down four accounts linked to either Russia or Iran engaging in what it called "coordinated inauthentic behavior."


But Facebook made a decision, in Zuckerberg's words, to "focus on the authenticity of the speaker rather than the content itself." After all, the content of some of the 2016 Russian ads would have been permissible if the ads had come from Americans.

"The real issue," Zuckerberg said, "was that it was posted by fake accounts coordinating together and pretending to be someone else." Therefore, it is more effective for Facebook to focus on authenticity rather than trying to devise "an ever-expanding definition of what speech is harmful."

So Facebook chooses not to play the role of speech police, at least as far as political ads are concerned. "As a principle, in a democracy, I believe people should decide what is credible, not tech companies," Zuckerberg said.

It's an understatement to say Facebook has problems. It has abused its users' privacy. There are legitimate complaints about its bias. It has a frightening power over the world of journalism. It could face government anti-trust action.

But in electoral politics in 2020, the ad policy Zuckerberg outlined -- if it is followed -- would be the right thing to do.

FULL DISCLOSURE: I should note that I was part of a small group of conservative writers who had dinner with Zuckerberg at his home in California in late July. What was discussed was off the record, but it covered lots of issues facing the company. Facebook did not pay for any of my expenses.