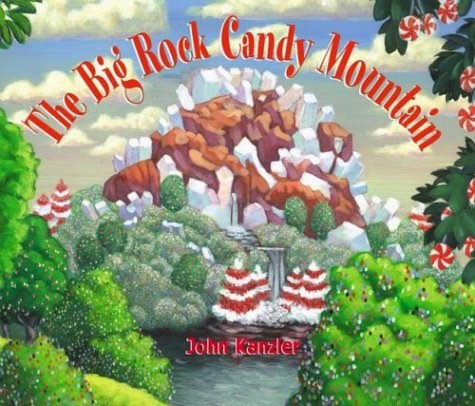 Watching the Democratic presidential candidate debate -- with promising government health care for all without saying she'll tax the middle class to pay for it -- was like staring from a distance at the .

You don't know the ? That's the gorgeous Democratic Socialist paradise where everything is free.

"Where the handouts grow on bushes ... And the sun shines every day/ On the birds and the bees and the cigarette trees/ The lemonade springs where the bluebird sings/ In the ."

It sounds so nice, like Democratic economic policy written for modern Americans who've been trained to despise the freedom offered by capitalism, while yearning for free stuff promised by the federal masters.

It's an old hobo (can I still use that word?) song about a dreamy place where the cops have wooden legs, guard dogs have rubber teeth and the hens lay soft-boiled eggs all day.

But I concentrated on what the candidates were saying, and it completely harshed my mellow.

It wasn't that they rained hate on President . The debate sponsors, and are cheerleaders in the anti-Trump resistance. And all performed as expected. The one thing they stand for, clearly, is they hate Trump.

But I had hoped we'd hear a bit more about what distinguishes one candidate from another on policy. Rep. , a military veteran, tried to go there, mocking and the and fellow for pushing the conflict in , which she described as another "regime change war."

Gabbard's attempt was admirable but doomed. The last thing and the Beltway media want to be reminded of is that on , they're now in bed with those "Never Trump" pro-war Republican neocons.

And so, a dense anti-Trumpian fog descended upon the .

Warren, the senator, refused to say if the middle class would end up paying for her monster federal government Medicare plan for all. And that's not the only problem with the plan -- it would kick some 150 million Americans off their private health care insurance.

Asked whether she'd tax the middle class to pay for her plan, Warren dodged, pivoted, danced, but didn't answer. She wasn't pressed enough.

It's as if the entire Democratic Beltway Media Hive has come to realize -- perhaps through the release of hive-friendly pheromones -- that former front-runner is done and Warren must be protected, even from herself.

At least Sen. didn't dodge. He climbed the years ago, planted his flag and waited for the entire Democratic Party to move hard left and join him. He's 78 and just had a heart attack, but he stood strong. Sanders is the one authentic candidate in the bunch. He admits what he is: He's a socialist.

"At least Bernie's being honest here and saying how he's going to pay for this and that taxes are going to go up," said Sen. of . "And I'm sorry, Elizabeth, but you have not said that, and I think we owe it to the American people to tell them where we're going to send the invoice."

Voters already know the middle class always gets the bill.

In a question written as if to please boss , asked Biden about his son Hunter.

" Vice President," said Cooper, " has falsely accused your son of doing something wrong while serving on a company board in . I want to point out there's no evidence of wrongdoing by either one of you."

That's not completely true. It was categorically wrong for then-Vice President Biden -- as the Obama administration point man to and -- to have his son Hunter cashing in on business deals in both countries, including $50,000 a month from Ukrainian gas company .

I don't know if it was a crime, but it was a clear conflict of interest. The legendary boss leveraged his clout to help his sons. When asked about it, Daley told reporters to kiss his mistletoe. But Daley didn't say mistletoe.

Biden looked to his left and his right as if afraid. He's no .

"Look, my son's statement speaks for itself. I did my job. I never discussed a single thing with my son about anything having to do with ," Biden said.

Joe, you did talk to your son. Hunter admitted as much years ago. Even now, with the other candidates avoiding the Hunter issue lest they be accused of pro-Trumpian leanings, Joe must realize that he won't be the Democratic nominee. It's being given to Warren.

Yet before he walks off the stage for the last time, wouldn't it be nice if sings to the nation he loves, in the song the now sing, in a fine clear voice?