If Republicans don't stand by Trump, they risk losing their base forever 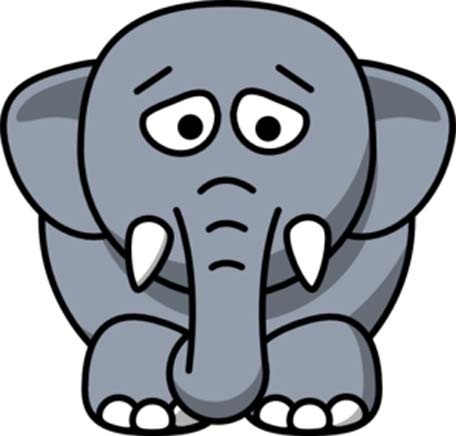 The Republican Party risks exile for longer than it has endured in the modern era if, in the absence of incontrovertible evidence of actual "high crimes and misdemeanors," it deserts President Trump during the campaign to remove him from office.

Democrats are pursuing impeachment because they obviously fear that they cannot defeat him at the ballot box in 2020.

The advantage of talking with radio listeners - and not merely lecturing readers or tweeting at followers or opponents - is that you hear from people who aren't among the Manhattan-D.C. media elites who overwhelmingly hate Trump.

Cautioning that crowd against confirmation bias is as useless as it was to warn the Obama administration that the nascent Islamic State was not the terrorist junior varsity. Awkward truths don't do well on the left. But here are some awkward truths:

First, no quid pro quo, much less an illegitimate one, has been proved about Trump's dealings with Ukraine.

Third, if a quid pro quo involving Trump is established, and the agreement it refers to was the leveraging of military or civilian aid to Ukraine for assistance in the investigation of the attack on the 2016 presidential election, that would not be illegitimate.

It would be of a piece with special counsel Robert Mueller's investigation, which involved least a dozen requests for assistance from foreign governments by Mueller and his staff. If the aim of a negotiation was to lever information on the operations run against the United States in 2016, it's a legitimate ask.

Fourth, the impeachment inquiry cannot be allowed to block or overshadow the deep dive by Attorney General William Barr and U.S. Attorney John Durham into a suspected handful of anti-Trump zealots at senior levels in the FBI, the intelligence community or within the White House. If Congress' attack on Trump is permitted to subvert the Justice Department investigation before its findings are publicly aired, the Republican establishment in Washington will simply be torched by the GOP grass roots.

Finally, if the impeachment process moves toward a Senate trial, House Republicans had better offer loud and sustained denunciations of the outrageous Star Chamber tactics of Rep. Adam Schiff, D-Calif., during the inquiry, or they will almost certainly face primary challenges.

Likewise, Senate Republicans will need to stand up against the left's campaign of insinuations and trafficking in unnamed sources, or they may well get the boot.

Members of the public know that the impeachment effort so far has been pure political theater. They know that Schiff couldn't care less about the precedents of the impeachment process. They know that House Speaker Nancy Pelosi's accusation about Trump - "All roads lead to Putin" - is rank McCarthyism. They know that the media is stacking the deck with Trump haters at every opportunity, with some urging the blacklisting of anyone not calling for Trump's head. They know these things, and they won't forgive surrendering to these left-wing elites because it is uncomfortable to confront them at Nats games.

If Trump committed an impeachable offense - if convincing evidence emerges from a fair House process that is subject to close examination by the Senate - serious Republicans will say so. But the #NeverTrump chorus of maybe two dozen Republican TV talking heads doesn't count as "serious Republicans." They don't count because they have never mounted anything like a good-faith attempt to understand the motives of the 90 percent or so of the GOP that is rock solid in supporting Trump.

Right now there is a sustained, frontal attack on Trump that is premised on the transcript of a phone call with the Ukrainian president that has not impressed the public as evidence of an offense, much less an impeachable one.

There is an ocean of innuendo about Trump's personal lawyer, Rudy Giuliani, whose conduct on TV is often intemperate, but there are no credible allegations of wrongdoing against the man who made private inquiries in Ukraine on the president's behalf.

That's not enough for the Mueller-disappointed. They need to leap immediately to the conclusion that the former New York mayor is criminally culpable and that the president is complicit.

That won't fly with half of the country. And that half is watching very closely.