The real reason LeBron James has betrayed his values 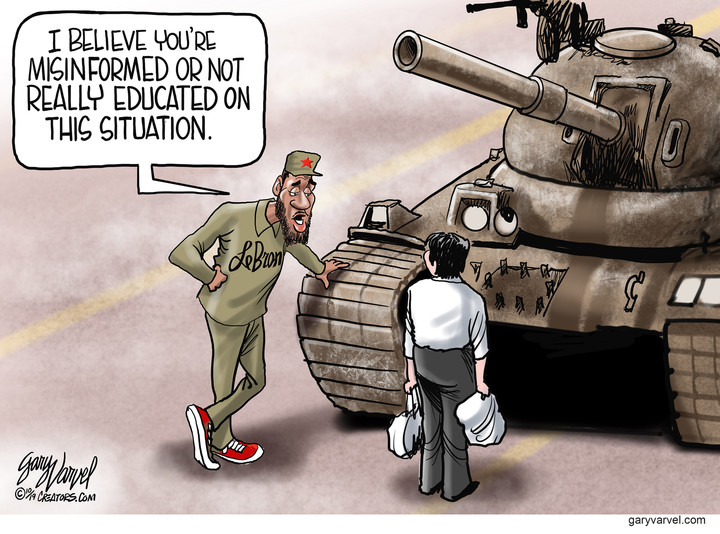 Of all the various political, business and ethical subplots that have defined this incredibly messy 2019, the most surprising may be the manner in which the avatars of progressive values who define the National Basketball Association have acted as useful idiots for the authoritarian regime in Beijing.

That China would be displeased by Houston Rockets General Manager Daryl Morey's tweet of support for Hong Kong - where protesters have flooded the streets in an effort to stop mainland China from pursuing a draconian extradition policy that would allow the Communist regime to target activists in the city - is unsurprising. Authoritarians rarely like to have their authority challenged.

What is a bit surprising is that Golden State Warriors coach Steve Kerr, who thinks we should all be "disgusted" by police shootings in America, finds himself flacking for an Evil Empire as though it's the 1960s all over again.

What is a little shocking is that LeBron James, the sport's greatest post-Jordan presence and the man who has inspired his league-mates to step up their activism in the knowledge that injustice anywhere is injustice everywhere, would kowtow to the mandarins who fatten his wallet, saying that Morey was "misinformed or not really educated on the situation."

But that the NBA's values appear to stop short of China's borders shouldn't be that surprising, really. There is, after all, a great deal of money at stake. The NBA is huge in China, where stars have been making inroads for years. If the relationship falls apart over something incredibly minor like "standing up for freedom and liberty in the face of horrifying repression against an authoritarian state that is currently engaging in an egregious bit of ethnic cleansing against Uighur minorities," players might actually lose a little money.


"At least five NBA teams are having their salary cap personnel plan for a scenario in which the cap for the 2020-21 season could drop between 10 and 15 percent due to the current situation between the NBA and China," according to a report last week by Yahoo Sports' Keith Smith.

Given the inflated salaries earned by modern hoopsters, that's no small figure: Think of the Porsches unpurchased, the hangers-on made to forgo the latest pair of LeBrons from Nike.

In case you are unaware, Nike is the Oregon-based shoe company King James has a sponsorship deal with. Perhaps you remember that Nike made Colin Kaepernick's act of conscience a key part of its marketing in recent years.

"Republicans buy sneakers too," the line attributed to Michael Jordan about why he refused to get into partisan politics during his playing days, may be apocryphal. But James might as well be saying the same thing about the Chinese marketplace right now. More importantly than sneakers? They buy movie tickets - nearly $9 billion worth last year.

And that strikes me as the real reason that James wants everyone to just shut up and dribble when it comes to horrifying human rights abuses by his business partners in the East.

James doesn't just want to be the greatest baller of all time. He also wants to be a movie mogul. And his SpringHill Entertainment is currently working on a movie that, all of a sudden, touches a whole mess of live wires at once: He is producing and set to star in "Space Jam 2," which is aiming for a 2021 launch date.

China, of course, keeps very strict control over which foreign movies can even be shown in China, when they're released and for how long. And if you want access to that sweet, sweet yuan, you better not do anything to upset the people in charge. As Michael Brendan Dougherty suggested on Twitter, casting James as a dumb jock in this scenario is hugely insulting.

If LeBron James is an amoral monster, he's no more a monster than most others in the film industry. As The Washington Post's Alyssa Rosenberg has smartly noted, the entertainment industry has long pitched itself as an ambassador for America, a potent piece of soft power that can help shape the world in America's image.

But what if the biz is more likely to be shaped by China than vice versa, happy to ditch allies in films depicting our military might? What if men like LeBron James demand men like Daryl Morey be punished by NBA head honcho Adam Silver for taking a stand for human rights, as ESPN reports James did? What if our heroes and moral arbiters find themselves weak in the knees when faced with the prospect of losing a few bucks for standing up for what's right?

What if LeBron James fears empty Chinese theaters more than he fears his own conscience?

Previously:
• Want comedy to change minds? The risk of offensiveness has to be there --- progressives be damned
• Politics and social media may be the death of us all, just as 'Seveneves' predicted
• 'Veep' was TV's finest tragedy --- and a horrifying story about the pursuit of power
• Criticism is conversation, not an assault on your identity
• In defense of the 'chick flick' label
• From 'Ghostbusters' to 'Captain Marvel,' culture warriors get box-office results all wrong
• What Trump's fast-food feast and Gillette's woke razor blades have in common
• 'Widows' is an OK heist flick, but an amazing critique of corrupt local politics
• 'Deadpool 2' is funniest when it takes on all sides of our dumb ideological fights
• The endgame of 'The Americans' might come down to a flag
• R. Lee Ermey made 'Full Metal Jacket' a movie that Marines and antiwar protesters could love
• A Quiet Place' isn't just pro-life --- it makes us understand what being pro-life truly means
• Babe's Aziz Ansari piece was a gift to anyone who wants to derail #MeToo
• Parents, please stop turning your kids into viral sensations
• People who want Twitter to clean up its act should be careful what they wish for
• 'Veep' captures the grubbiness of post-presidency greed; Obama should take heed
• The conservative critics the BBC left out of its best movies poll
• Republicans buy movie tickets too, Paul Feig
•
• Toys with disclaimers ---- against social and political commentary. Seriously
• Why conservatives should back plans to make the Oscars more diverse
• With '13 Hours,' Hollywood is finally acknowledging conservative audiences