End could be nigh for House investigation of Trump-Russia investigators 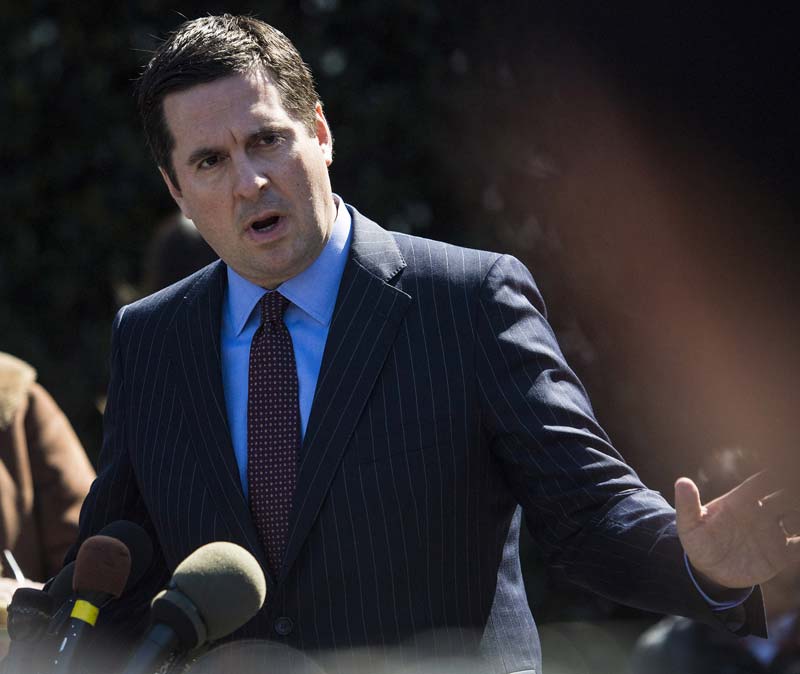 Republicans on Capitol Hill have added enormously to the public's understanding of what happened in the Trump-Russia investigation. They're still doing it. But it will come to a screeching halt if the GOP loses control of the House in next month's midterm elections.

The driving force behind the revelations is House Intelligence Committee Chairman Devin Nunes. But a number of other Republicans in the House, including Reps. Trey Gowdy, John Ratcliffe, Bob Goodlatte, Jim Jordan, Mark Meadows, and others have also played critical roles.

(In the Senate, Judiciary Committee Chairman Sen. Chuck Grassley has done key work, but the most progress has been made in the House because House rules make it easier for the majority to work around minority opposition.)

Among the things Americans know about the conduct of the Trump-Russia probe that they would not have known had Nunes and his colleagues not tackled the subject:

1) The important role that the incendiary allegations in the still-unverified Trump dossier played in the FBI's investigation of the Trump campaign.

2) The fact that the dossier was commissioned and paid for by the Hillary Clinton campaign and the Democratic Party.

3) The unusual circumstances surrounding the formal beginning of the FBI's counter-intelligence investigation into the Trump campaign.

4) The troubling deficiencies in the FBI's application for a warrant to wiretap onetime Trump campaign figure Carter Page.

5) The anti-Trump bias of some of the top officials in the FBI investigation.

6) The degree to which the dossier's allegations spread throughout the Obama administration during the final days of the 2016 campaign and the transition.

8) The fact that FBI agents did not believe Michael Flynn lied to them in the interview that later led to Flynn's guilty plea on a charge of lying to the FBI.

9) The role of the opposition research firm Fusion GPS in the Trump-Russia probe.

Nunes and his colleagues learned these things, and told the public about them, over the determined opposition of the FBI, the Justice Department, and Democrats, both on the Intelligence Committee and in the larger House.

In fact, it would not be an overstatement to say the FBI and Justice Department fiercely resisted the investigation. They withheld materials, dragged their feet, and flat-out refused to provide information to which congressional overseers were clearly entitled. Sometimes disputes were settled by the intervention of House Speaker Paul Ryan on Nunes' behalf. Sometimes they weren't.

Nunes and the others performed a public service by investigating something no one else was investigating. The Senate Intelligence Committee conducted the big, bipartisan, flagship congressional probe into the Trump-Russia matter. Special counsel Robert Mueller, with full law enforcement powers, investigated Russian meddling, whether any Trump people were involved, and the question of whether the president attempted to obstruct the investigation.

But no one wanted to investigate the investigators, even though their conduct cried out for scrutiny.

The work is not yet done. These days, a joint group from the House Judiciary and Oversight committees is conducting interviews with several figures in the Trump-Russia matter. In addition, Nunes and other Republicans are still urging President Trump to release additional parts of the Carter Page surveillance application that they say will be contain new revelations.


None of this has been bipartisan. The work has been done by Republicans and opposed by Democrats. And if Democrats win control of the House, as a number of polls suggest they will do, it will stop immediately.

If Democrats win, Rep. Adam Schiff, who has opposed nearly everything Nunes has done, will become chairman of the Intelligence Committee. Rep. Jerrold Nadler will head the Judiciary Committee. And Rep. Elijah Cummings will take over the Oversight Committee.

This month Schiff wrote an op-ed in the Washington Post broadly outlining the new direction Democrats would take. In the Intelligence Committee, Schiff promised to investigate aspects of Trump-Russia that committee Republicans would not -- a move that would target the president but also likely duplicate the work of other investigators. Schiff also mentioned what he said were "serious and credible allegations the Russians may possess financial leverage over the president, including perhaps the laundering of Russian money through his businesses."

The Judiciary and Oversight Committees would also abandon their current paths and focus directly on the president.

If they win, Democrats will of course be fully entitled to investigate what they want; that's part of what is meant when it is said that elections have consequences.

But the work of Nunes and his fellow Republicans has been enormously valuable. When all the investigators, and the politicians, and the press were looking in one direction, Nunes looked in another -- and found important information. That is not to say the other investigations were not important, too. But Nunes showed Americans something they needed to see. And if his work as chairman ends with the next election, it has still been an indispensable contribution.