Why stiffness and soreness could indicate a more serious issue 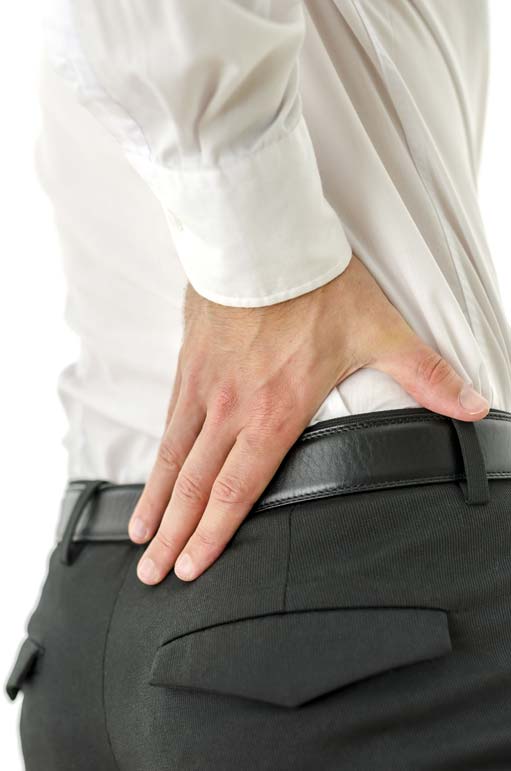 If you've ever set foot in an exercise class, you've surely heard the instruction to "listen to your body." It's usually an apt one, but sometimes exercise-related injuries speak to us after the fact or in a language we don't always understand - stiffness and delayed soreness, for example, rather than outright pain. Often we even start compensating with different movement patterns, such as altering our stride to avoid soreness or favoring one arm, which can cause even more problems.

What do these delayed symptoms mean? How do we treat the underlying injuries that are causing them? Or better yet, how do we avoid such injuries?

Sometimes, instead of making itself known as pain, the overuse injury causes disruptions and changes in movement patterns. If you have Achilles' tendinitis, for example, you might start planting your foot differently while running. "With elite-level athletes, these types of injuries are often identified by a coach or trainer and not the athletes themselves," Mullner says.

Another option when it comes to ambiguous sports-injury symptoms is when the injury shows up as stiffness rather than pain - at least initially. That's what happened to Michael Schaeffer, a Washington, D.C., resident who did "too much, too soon" when he resumed running after a long hiatus. "In the morning, my right heel would just feel stiff. I moved like a tin man," Schaeffer says. When the stiffness turned into pain and he consulted a doctor, he was told that Achilles' tendinitis was the likely cause.

Most overuse injuries, such as stress injuries in bones (weakened but not fractured), degeneration and improper healing of soft tissue (tendinopathy), and inflammation (tendinitis) of soft tissue - don't usually go away by themselves and require some therapy. Schaeffer is rehabilitating his heel and increasing his range of motion by doing heel stretches, calf strengthening, cycling and strength training. But he has hung up his running shoes for the time being.

The length of recovery varies, and you shouldn't go back to your activity too soon, Mullner cautions. "If you can't walk pain-free or without a limp, you probably shouldn't run," Mullner says. Instead, get your cardio fitness by cycling, swimming or using a rowing machine.

Even if you're just sore or stiff, rather than in pain, "the damage to the tissue has already happened," says Ben Fidler, a Washington, D.C.-based personal trainer. In this case, you should take steps to prevent it from progressing. Mullner and Fidler both recommend having a trainer or physical therapist look at your movement patterns to determine weaknesses and tight areas. "We look at kinetic check points," Fidler says. "If anything moves outside the check points, there is a higher likelihood of injury."

That means that, as Fidler puts a client through an exercise such as an overhead squat, he assesses the positioning of the feet in relation to the knees, how the torso is moving, whether the back is arching, whether the head is jutting forward, and so on. All these movement patterns, however small, tell trainers how the client should exercise. Sometimes clients need more strength training, and other times they need improved flexibility. But usually they need both to prevent the stiffness or soreness from progressing to injuries.

Creating better movement patterns throughout the body can ease that pain. But Mullner notes that even with the help of trainers, some soreness is to be expected, even desired, as we get stronger and progress our drills.

So, listen to your body. If it's speaking to you through stiffness and delayed soreness, it may be time to see a specialist to avoid stress injuries, tendinitis or tendinopathy. And sooner, rather than later: "Recovery time will depend on how long you were pulling through injury," Mullner says.

Boston is a fitness trainer and freelance writer.