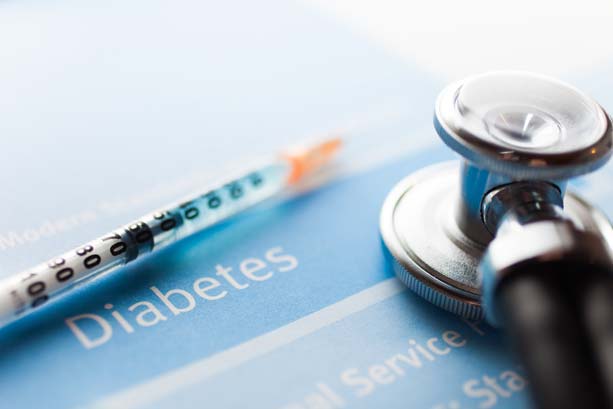 If you have Type 2 diabetes, you've likely heard that lifestyle changes may give you a clean bill of health.

While diet and exercise can help tamp down blood sugar levels and dial back the need for certain medications, a cure for Type 2 diabetes isn't so straightforward.

WHY IS IT SO COMPLICATED?

"At this time, evidence does not demonstrate that Type 2 diabetes can be cured," says , R.D., L.D., 2013 president of the . Weight loss, dietary changes and exercise may normalize blood sugar levels, but this is not a true cure, she cautions. Instead, it's diabetes under control. And because Type 2 diabetes is progressive, there's no guarantee that lifestyle changes will keep blood sugar levels in the normal range indefinitely without medications.

Before you were diagnosed with diabetes, you likely had blood sugar levels in the prediabetes range for a few years, even if you weren't diagnosed with prediabetes. Both disorders are characterized by a combination of insulin resistance and loss of insulin-making ability. It's a double whammy with some cells in the body refusing to use insulin properly and the beta-cells of the pancreas unable to produce enough insulin to make up for this resistance. The longer you've had diabetes, the more likely you'll need medications because of loss of insulin-producing capacity.

Your best chance for a lasting reversal is to take action early, explains , R.D., C.D.E., author of "2 Day Diabetes Diet." Regardless of your stage of disease, reversing insulin resistance is critical for blood sugar control, she adds. Here are some science-backed strategies.

1. Lose weight if overweight. Dropping even a few pounds boosts your body's insulin sensitivity. One study found that losing as little as 5 percent of body weight (10 pounds for someone starting at 200 pounds) improved insulin sensitivity in the fat, muscle and liver cells and even improved the body's ability to secrete insulin. As weight loss continued, these benefits became greater.

2. Walk, bike, swim. Exercise reduces insulin resistance for two to 48 hours! The () recommends that people with Type 2 diabetes engage in at least 150 minutes of moderate to vigorous cardiovascular (aerobic) activity each week, with no more than two consecutive days between exercise sessions. If you're fit enough for daily exercise, go for it.

3. Lift weights. Pump iron or lift your own body weight. Strength training is at least as important as aerobic activity, says , Ph.D., professor emerita at . "We store most of the carbohydrates we eat in our muscles." By having more muscle, we have more space to store blood sugar, she explains.

4. Reduce sedentary time. Even regular exercisers should avoid prolonged periods of sitting, which is also linked to heart disease. The recommends breaking up long stretches of inactivity with at least three minutes of light activity such as walking and leg lifts every 30 minutes. These activities stimulate the muscles to use blood sugar, explains Colberg. Even with their higher carbohydrate content, healthful vegan and vegetarian eating patterns can improve blood sugar control. Plant-based diets are also associated with less obesity, heart disease, and some types of cancer.

5. Eat well. People with Type 2 diabetes often experiment with a range of eating patterns, but not all plans are based on wholesome foods. A ketogenic diet provides only about 5 percent of calories from carbohydrate and about 80 percent from fat. Emerging research suggests that a 10-week ketogenic diet can improve blood sugar levels and reduce medication needs, says Palinski-Wade. However, the diet lacks many health-boosting foods. The recommends that very low-carbohydrate diets be followed for no more than four months.

The recommends individualizing the diet based on preferences, budget, and health status and emphasizes healthful eating patterns and nutrient-dense foods over specific nutrients.