Americans are staying silent on issues out of fear 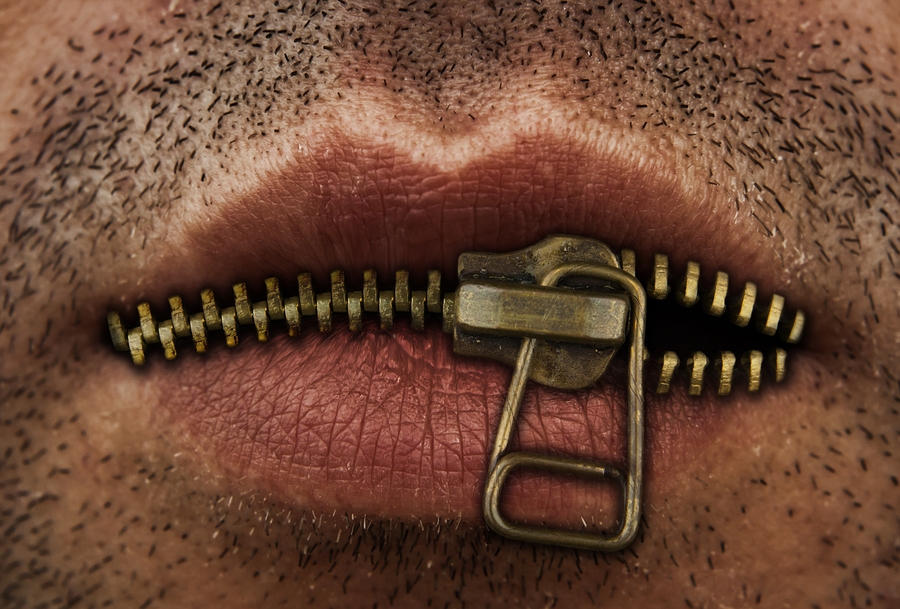 Most ordinary people found it unbearable to live under communism in Eastern Europe and the Soviet Union. The reasons varied: shortages of consumer goods, incessant propaganda, restrictions on travel.

Nothing was more psychologically exhausting than the constant pressure to watch every word one said, and to pretend to believe things one did not, for fear of negative repercussions. Dissidents called this "double morality"or "double consciousness." It drove people crazy. Actually, it drove some to suicide.

Only among trusted family and friends was it possible to speak one's mind, yet even that was not guaranteed. Of all aspects of totalitarian life, citizens of the former EasternBloc say, this is the hardest to explain to those who grew up in the democratic West.

A new study of political attitudes in the United States offers stunning evidence that most Americans censor themselves, except among people they regard as like-minded, on a bundle of sensitive topics: immigration and immigrants; race and racism; gay, lesbian and gender issues; and Islam and Muslims.

The report by More in Common, a new nonprofit dedicated to understanding and healing political polarization in the United States and Europe, is based on a nationwide survey of nearly 8,000 people conducted this past December and January.

It found that between 51 and 66 percent of Americans agree there is "pressure to think a certain way about" each of the aforementioned topics, with immigration seen as the least sensitive and Islam the most.

Meanwhile, 68 percent report that "it is acceptable for me to express what I think" about race, or Islam, only among "people who are like me." On immigration, 73 percent feel that way; on gay, lesbian and gender issues, the figure is 70 percent.

Political freedom has never been absolute in the United States, to be sure. For much if not most of our history, ostracism or worse awaited advocates of racial equality, especially in the South.

Conversely, a certain measure of self-censorship is necessary to democracy; to the extent that people refrain from gratuitously broadcasting bigotry, it promotes trust and rational discourse. For all that, the More in Common report confronts us with a disturbing reality. We are a long way from the "double morality" of Eastern Europe, but we are, apparently, living among many millions of citizens who routinely lie or dissemble about their political opinions out of fear. And what do they fear? Not necessarily government repression, the report suggests, but ridicule and harassment from their fellow citizens, which is often magnified by social media and can sometimes lead to trouble at school or work.

Large majorities of the public - 80 percent or more - see both hate speech and political correctness as problems plaguing American politics.

Under communism, members of the party had to watch their words and deeds as much or more than other citizens did.

In the United States today, right- and left-wing tribes - Progressive Activists and Devoted Conservatives, as the More in Common report designates them - enforce "core beliefs" within their own ranks. A quarter to a third of Americans feel pressure to "think a certain way" about controversial issues even among people like themselves, according to the report.

With these less-than-tolerant ideological factions dominating everything from town hall meetings to Twitter, the far larger percentage of Americans who do see nuances, and who do favor policy compromise, keep their heads down.

They now constitute what the report describes as an Exhausted Majority, consisting of about two-thirds of the electorate. And 65 percent of the Exhausted Majority agree with the statement "people I agree with politically need to be willing to listen to others and compromise." Yet their views are not reflected in political discourse, they believe.

They're right: According to the report, the progressive and conservative ideologues who dominate Democratic and Republican party politics are 14 points more likely than the Exhausted Majority to believe that "people I agree with politically need to stick to their beliefs and fight."

Hope for more decent and, indeed, freer politics lies in the possibility that the Exhausted Majority will wake up, and raise their voices.