In Saudi Arabia, you can't separate reform from repression 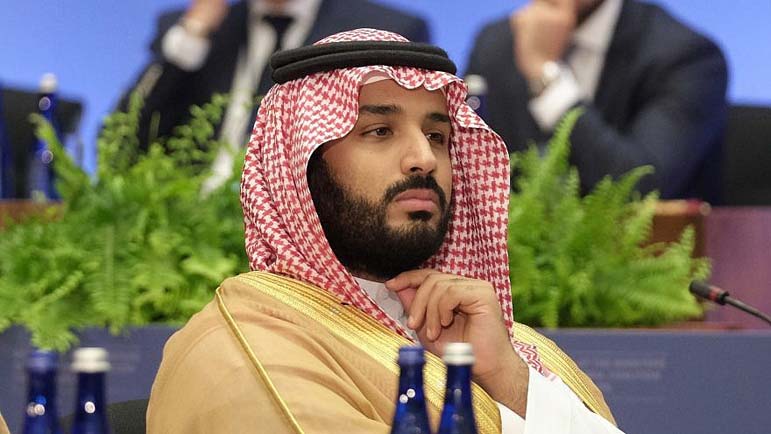 Saudi Arabia's dynamic young Crown Prince Mohammed bin Salman is indeed "reform-minded," as countless media reports have described him. There is, however, a difference between reforming the House of Saud and setting free the society over which it reigns.

That was evident even before Post contributor Jamal Khashoggi, an emigre critic of the crown prince, entered the Saudi Consulate in Istanbul a week ago, without - so far - coming out alive.

MBS, as the crown prince is known, has stirred curiosity - and, in many quarters, optimism - by changing some of the most regressive features of his family's regime. Women may now drive cars; movie theaters have opened. MBS speaks admiringly of Silicon Valley. He seeks out foreign media contacts and answers their questions with apparent candor.

Yet to those listening closely to what MBS actually says, it is clear that his top priority is not, and never has been, the expansion of individual freedom. His aim is to modernize the Saudi monarchy so as to render it sustainable under the new economic and geopolitical conditions of the 21st century - with the 33-year-old MBS on top for a long, long time.

The crown prince wants Saudi Arabia's economy to be less dependent on oil, and its military and intelligence forces more capable of battling Iran. Updating his country's gender norms and public amusements, and making examples out of a few egregiously corrupt royal family members, may help gain political support for this agenda, both domestically and abroad.

Yet anyone who questions either MBS' plans or the pace at which he pursues them - much less his right to make decisions on behalf of Saudi Arabia's nearly 33 million people in the first place - is liable to arrest, imprisonment or worse.

To cite just one example, a group of at least nine women's rights activists, including a leader of the push for women's driving licenses, Loujain al-Hathloul, was arrested in May and charged with treason. They face up to 20 years in prison.

MBS epitomizes what political scientist Samuel Huntington called the "modernizing monarch." Perched atop poorly institutionalized but restless societies, such rulers face "the King's Dilemma," as Huntington put it: to reform fast enough to placate the middle class, civil servants and intellectuals - but not too fast for traditional sectors, such as the clergy.

Previous modernizing monarchs included Haile Selassie I, the emperor of Ethiopia, and Mohammad Reza Pahlavi, the shah of Iran, both of whom were eventually toppled, the former by a military coup in 1974 and the latter by a revolution that began in 1978.

Their experience illustrates how extraordinarily difficult it is for a modernizing ruler to control the social forces that his own actions unleash - to destabilize and stabilize simultaneously.

Huntington's analysis explains that, for a modernizer like MBS, intimidating, jailing and, possibly, killing his opponents is not a deviation from his plans but a foreseeable consequence of them.

Ten years before the uprising that eventually brought the Ayatollah Khomeini to power in Iran, Huntington noted that the shah's secret police played an "active role in searching out the enemies and potential enemies of the regime," and the author described the tactic, prophetically, as an indication of the regime's vulnerability. Both "reform and repression are aspects of the centralization of power and the failure to expand political participation," Huntington wrote. "Their logical result is revolt or revolution."

We shall see whether that analysis eventually applies to MBS and Saudi Arabia. It's worth noting, though, that Huntington also foresaw the discomfort and disappointment that someone like Khashoggi might come to feel toward a ruler like MBS.

"A common figure in all traditional monarchies is the modern, progressive, educated bureaucrat struggling with his conscience as he attempts to balance the reforms he may be able to promote from within the system against the rewards which he has received for participating in that system," Huntington wrote.

Though not exactly a bureaucrat, Khashoggi previously worked in various governmental or quasi-governmental positions in the closely controlled Saudi media, and as an aide to then-Saudi ambassador to the United States Prince Turki al-Faisal.

At a certain point, however, Khashoggi concluded that his conscience could no longer permit him to work within the system.

"It was painful for me several years ago when several friends were arrested. I said nothing. I didn't want to lose my job or my freedom. I worried about my family," he wrote in his first column for The Washington Post, just over a year ago. "I have made a different choice now. I have left my home, my family and my job, and I am raising my voice." The question now is whether that voice has been silenced forever.