Our Friend, who art in heaven 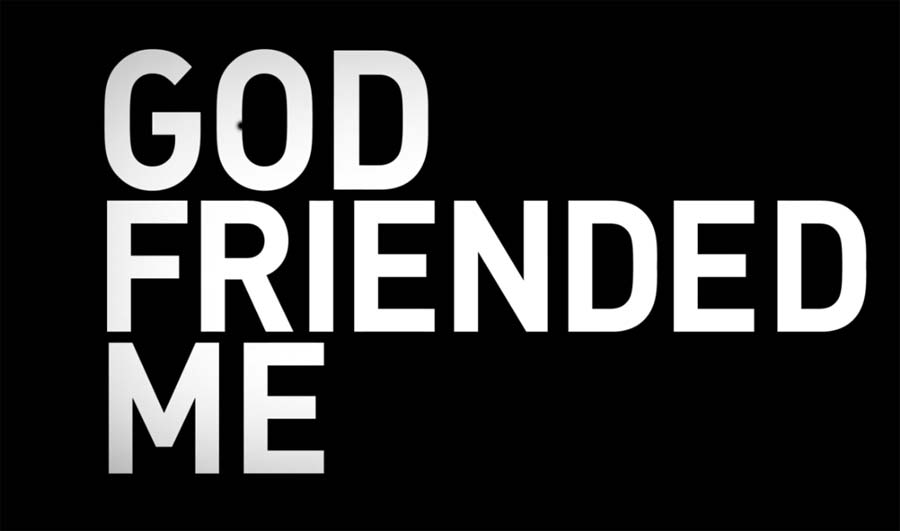 Not all conspiracy theories are created equal

What would you do if you got a message from heaven via social media? That's the premise of "G od Friended Me," a new light-hearted drama on CBS.

Miles Finer (played by Brandon Michael Hall) is self-proclaimed atheist forced to reconsider his spiritual skepticism after receiving an online "friend" request from G od. From the moment he hits the "accept" button, Miles becomes a reluctant angel as providence guides him on one benevolent mission after another.

Convinced that he is the subject of an elaborate hoax, Miles struggles to expose the wizard behind the curtain, only to have his confidence in the randomness of the universe repeatedly shaken.

Predictably, viewers and reviewers have responded to the show with disdain and derision:

The construction of the pilot is simply an ungodly mess.

An unabashed cash grab targeting the lowest common denominator intelligence demographic. I would like to know how something like this got on the air.

Divine intervention is about the only thing that'll keep it on the air. Skip it! Amen.

Less predictably, those sneering reviews represent a distinct minority. Many more are grudgingly positive, and some unapologetically enthusiastic. The common riff is that in our age of virulent cynicism, a feel-good show in which virtue struggles against self-interest and comes out on top is a desperately needed gift from above.

Presumably, the 10.5 million viewers who tuned in to watch the pilot feel the same way.

And to those critical of the show's higher calling, we might ask this question: would you express the same contempt if it were extraterrestrials, government supercomputers, or genetic mutations manipulating people's lives? In all honesty, wouldn't you then be cheering the show on? So why do you invoke excommunication for television heresy upon any producer who dares to add an element of divinity into the mix?

Whether events are guided by heaven or hell, the puppet-master motif taps into a social phenomenon that has almost universal resonance: conspiracy theory.

And there's a fascinating psychological explanation for why such theories are so popular.

According to New Scientist Magazine, human beings have a desperate need for the world to make sense.

Ultimately, all fear emanates from a single source: fear of the unknown. This makes randomness so frightening that people would rather believe in ideological cabals and inscrutable aliens than to believe in chaos. An evil genius steering events is more reassuring than nobody at the wheel.

Of course, we can't wish intelligent design into existence; either it exists or is doesn't. We have to live in the real world, which means tempering the impulse to impose order on the universe by reining in our imaginations with common sense, logic, and civil discourse.

Nevertheless, our predisposition to believe in some controlling power reveals a deep-rooted conviction that there is purpose to our existence and true meaning in our lives.

THE COMFORT OF CHAOS

Ironically, the efforts by science to solve the mysteries of the universe have made the universe increasingly mysterious. Dark matter, dark energy, spontaneous generation, and the origin of the Big Bang remain foremost among the many existential questions science has failed to answer.

In a surprisingly candid Ted talk, Dr. Harry Cliff -- who works on the Large Hadron Collider at CERN -- offers this extraordinary confession:

We may be entering a new era in physics, an era where there are weird features of the universe that we cannot explain... an era where we will never be able to answer the question, "Why is there something rather than nothing?"

And for those who can't bring themselves to embrace faith, perhaps they can follow the example of Miles and make peace with their uncertainty. After all, the sages of the Talmud teach: Do not strive to understand what is above, what is below, what came before, or what will come after.

This does not mean that we shouldn't seek answers. It means precisely what science has continuously shown: the search for wisdom teaches the limits of wisdom.

Experience warns that that the arrogance of attempting to quantify the machinery of creation will inevitably be rewarded with failure.

But that very failure may be the universe's way of talking to us, of sending us a message every bit as compelling as a friend request from heaven.