It Could Happen to You!

Doctors dismissed her, but she turned out to be right after years of needless suffering 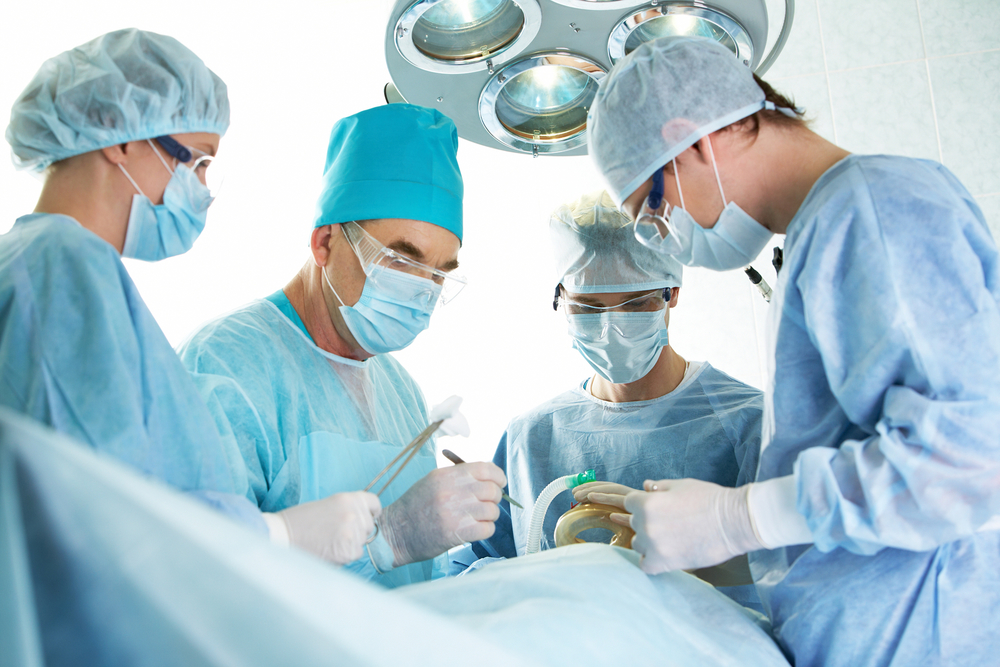 "Stop practicing Google medicine," Lina Kharnak remembers the doctor chiding her when she asked about a possible cause of her worsening leg and back pain. The disease about which she was inquiring, he said brusquely, has different symptoms.

Three months earlier, Kharnak, 49, a Manhattan lawyer, had heard something similar from another doctor. Both specialists offered to prescribe drugs to treat some of her symptoms, she said, but made it clear they blamed her worsening health on excess weight.

Nearly three years would elapse before a third specialist confirmed this spring the diagnosis Kharnak had asked about. By then, her health had deteriorated so significantly that she had to undergo nine hours of complex surgery to remove a dead kidney and repair damage to other organs.

For the first time in seven years, Kharnak said recently, her pain is gone. And although she notes that her most prominent symptoms were atypical of her diagnosis, she wishes she had sought out an expert in the disease years earlier, not as a "last resort."

"At first I was very angry at the entire paternalistic 'Go home, little fat woman, and exercise, and you will feel better' culture," said Kharnak, who works for a financial services firm. Then "I was mad at myself," she said, for not doing more sooner. "And then I felt relieved that I had a diagnosis and a plan."

For most of her life, Kharnak's health had been good. That seemed to change in 2011, when she suffered a miscarriage at age 42. "I really wanted a third baby," said Kharnak, whose older children were then 7 and 9.

After the miscarriage, Kharnak noticed that her cramps, which had always been bad during her period, seemed to worsen. She also developed pain on the left side of her lower back, which extended down her leg to her knee. Oddly, once her period was over, the leg and back pain vanished.

Kharnak consulted her trusted obstetrician-gynecologist; her internist had recently retired, and she hadn't yet found a new one. He ordered a pelvic and transvaginal ultrasound, an imaging test that visualizes structures in the pelvis. The test showed nothing unusual. "I don't think it's gynecological," Kharnak remembers him telling her.

One possibility was sciatica, a common disorder in which pain radiates from the lower back down one side of the body. Sciatica is typically caused by a herniated disk or by narrowing in the spine, a condition called spinal stenosis. The pain can vary from mild to intense and in some cases can be controlled with exercise. Prolonged sitting and being overweight can worsen sciatica.

"I began doing things for my back," Kharnak said. She consulted a chiropractor, underwent physical therapy and started taking Pilates classes. But after a year, her pain was undiminished.

In 2014, Kharnak's symptoms changed. Instead of disappearing when her period ended, the back pain would increase until the middle of her cycle, then vanish.

"After ovulation I felt completely fine," she said. But for the two weeks before that, Kharnak was severely constipated, had trouble urinating and developed urinary tract infections. Sex, she said, became painful. Her normally low blood pressure, she said, also rose to a concerning 140/90.

Her new internist was frank: She was about 25 pounds overweight and getting older and therefore more prone to health problems, Kharnak remembers him saying. The doctor prescribed a diuretic to lower her blood pressure.

Tests had also revealed the presence of small fibroids, benign tumors that grow in the uterus and are common among women before menopause. Because of their size and location, they did not appear to be responsible for Kharnak's symptoms. An endometrial biopsy, performed because of midcycle bleeding, was normal.

Her gynecologist was baffled and suggested she consult specialists with greater expertise.

Kharnak waited 14 months, a delay she regrets. At the time, she said, she had a very demanding job and found it difficult to make time for more medical appointments and the likely round of time-consuming testing that would ensue. Instead, she took over-the- counter pain relievers and pushed through the pain. She remembers thinking that if tests had failed to show anything, how bad could it be?

In May 2015, Kharnak consulted an OB/GYN affiliated with a Manhattan teaching hospital. The doctor ordered another transvaginal ultrasound, which revealed nothing significant. She prescribed a birth control pill in the hope that it would lessen Kharnak's pain.

The side effects were "scary," Kharnak said. "My hair fell out in clumps," and she battled migraines and nausea. She stopped taking the contraceptive after a month and returned to the doctor, who suggested inserting an IUD.

Kharnak demurred and tried to steer the conversation to the reason for her pain. She asked whether it could be a diagnosis she had read about: endometriosis. The condition, which affects an estimated 6.5 million American women and girls, occurs when the endometrium, tissue that lines the inside of the uterus, grows outside it, often on the fallopian tubes or ovaries. Sometimes the overgrowth spreads to more distant sites in the body. Abdominal pain, heavy periods and infertility are common.

"You don't have typical endo symptoms," the doctor told Kharnak, pointedly advising her to eschew "self-diagnosis." Her back pain and other problems would improve, the doctor told her, if she lost weight.

After describing her pain, Kharnak again asked whether she might have endometriosis.

His response was unequivocal: No, he shot back, because she had back pain and not continuous pelvic pain. After a cursory exam, he offered her a shot of Depo-Provera, a contraceptive, to see whether that would lessen her pain. When she declined, the doctor recommended that she "stop practicing Google medicine."

"Do you have any idea what I have?" Kharnak said she asked. "I don't think it's gynecological," she remembers the doctor replying before walking out of the room.

"I felt so belittled," Kharnak recalled. "At that point, I was really, really done." As she left his office, she remembers thinking, "I am not a weenie."

For the next two years, she continued to gobble over-the-counter painkillers and tried to cope with her worsening abdominal and back pain.

In September 2017, she returned to her longtime gynecologist. He was sympathetic and ordered another ultrasound. This time, the technician could not find her left ovary. Something was obscuring the view. "She looked terrified," Kharnak recalled.

Soon afterward, Kharnak underwent a CT scan of her abdomen and pelvis, which yielded a disturbing finding: severe hydronephrosis of her left kidney. The kidney was badly swollen because it was blocked and unable to drain urine properly. The hydronephrosis, which is treatable in earlier stages, was so severe that Kharnak's left kidney had stopped functioning, although the cause of its failure was unknown. There was no visible explanation, such as a cancer.

At that point, Kharnak said, she was determined to answer the question she had been asking for years.

"I Googled 'endo specialist in New York City,' " Kharnak recalled. "Dr. Seckin's name came up first, so I went to see him."

"When she came to me, she was scheduled to have a kidney removed," said Seckin, whose patients include actress Lena Dunham and cookbook author Padma Lakshmi, with whom he formed the Endometriosis Foundation of America.

"She did not have classic endo pain," Seckin said of Kharnak. He nevertheless suspected that the disease had invaded her kidney and was causing her worsening leg and back pain. When he performed a pelvic exam, he said, he could feel areas that seemed to be affected by endometriosis. An MRI scan suggested widespread disease. (A definitive diagnosis of endometriosis requires surgery.)

When endometrial tissue, which Seckin likens to cement, compresses or blocks the ureter and is left untreated, irreversible kidney damage can result, as it did in Kharnak's case. "I have a couple of other patients like this," he said.

Seckin said he was "baffled" that other gynecologists had refused to consider endometriosis, but added that misconceptions about the disease are common.

Kharnak remembers Seckin telling her, "I think it's worse than you think." That turned out to be the case. In addition to her kidney, the disease, later classified by pathologists as deeply infiltrating, had spread to other organs, including her uterus, which had swollen to the size of a 14-week pregnancy. Her bladder and bowel were also affected, and she had a frozen pelvis, a surgically treacherous condition in which extensive scarlike tissue makes it difficult to visualize important structures.

Kharnak spent the next two months seeing various specialists, among them a nephrologist, a urologist and a colorectal surgeon in preparation for the April operation, which also involved a total hysterectomy and removal of her ovaries.

Multiple specialists participated in the nine-hour surgery, which Seckin described as "very difficult" but successful.

Kharnak spent several months recuperating and has returned to work free, she said, of the pain that had largely defined the past seven years of her life.

"I think this surgery was a medical miracle," she said. "I wish someone had told me to find an endo specialist right away and to stop wasting time on regular OB/GYNs, even prominent ones."

Previously:
• Doctors couldn't quiet the loud, nonstop crunching noise in her head
• She had rashes. But don't all kids?
• They told her she had the flu; it would be years before they discovered the real illness
• The girl who couldn't stop coughing
• One day, a serious athlete couldn't walk straight. Doctors were stumped
• Doctors thought they knew the cause of a teen's seizures. So why didn't he get better?
• Hoping to find other patients, he revealed a cancer often mistaken for 'jock itch'
• He woke up unable to walk. WHY?
• Increasing breathlessness leaves woman searching for answers
• Cancer? She thought so, and so did her doctor
• Doctors made light of her situation. Their ignorance could have resulted in death
• When he became moody and delusional, doctors feared dementia. His family doubted it. Were they ever right!
• For half her life, doctors told her to lose weight, but something horribly wrong was going on
• This fit young woman was having strokes, and doctors didn't know why
• With pain was so severe, he was afraid he was going to die. Some doctors didn't believe him. Others, couldn't -- or wouldn't -- help. Until one finally did
• A feeding tube kept her alive. Then a determined medical student figured out the problem
• Simple test proved that a teen with stomach pain wasn't a hypochondriac after all
• A mom's discovery about her daughter's odd teeth leads to a shocking revelation
• For more than two years, he lived with a diagnosis of fatal dementia. He never had it
• What caused a newborn twin's swollen legs