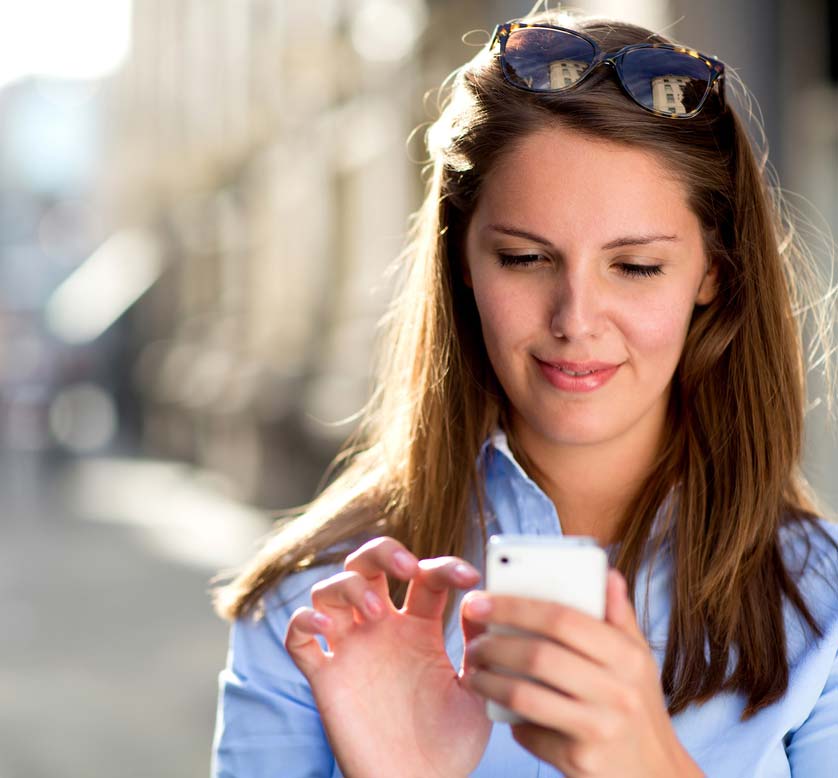 All of our representatives are currently assisting other callers. Please stay on the line for two hours of saxophone samba and we'll answer your call at the exact moment you take a bathroom run.

Here's how much I hate calling customer service: I wasted $120 over six months just to avoid calling AT&T to turn off data service on two iPads I was no longer using.

Customer service calls are excruciating. But what is the alternative? I asked an executive in the industry and he recommended . . . not calling. Instead, last week I opened Facebook, searched for AT&T, then tapped on the message button on its page. I typed: "Hi, I need to make a change to my AT&T Wireless plan. Can you help with that?"

Lo and behold, they could. A service rep messaged me back, gathered my details and got me sorted. I never had to hunt for a human, repeat myself or endure a sales pitch.

Many of us now spend more time communicating with family and friends over messaging apps than by voice. Why wouldn't we expect the same from companies?

The biggest shift in customer service since the 1-800 number is underway. Some 20 million businesses now use Facebook Messenger each month to talk with customers. Apple is leading companies as diverse as Lowes, Marriott and Wells Fargo into taking service queries, scheduling deliveries and even paying for purchases over iMessage. And Facebook's WhatsApp, already used by 3 million businesses including many outside the U.S., is building a business around charging companies to better serve us over chats.

Business messaging isn't the same as chatbots, which are programs that try - and often fail - to provide automatic answers to questions. This is about talking to real people, though some companies blend both automation and humans.

Messaging a business can bring new kinds of frustrations. Not every company is prepared for 21st-century customer service; some put the newbie employees on chat duty - others rely too much on robots. And of course, there are times when you are still better off picking up the phone. (The website contacthelp.com can help you find the real-deal numbers.)

But since getting hip to chat, I've had remarkably useful interactions with AT&T, with Apple to fix a problem with my iMac, and even with Harry & David to send my mom a surprise present. Now I'm believer that before calling, you should let your fingers do some tapping.


It turns out we're nicer on text. No wonder texting businesses leaves many people happier.

LivePerson, a company that makes support software used by 18,000 companies, says when given the option, 70 percent of people chose a "message us" button over a "call us" button on a company website or app. And it says customer satisfaction rates are 25 percent higher for chatting and messaging than for calling.

"Voice in itself is a very old, tough and unproductive way to communicate," says Robert LoCascio, the CEO of LivePerson.

Part of it might be generational. Anyone over 40 grew up talking to friends on the phone. Anyone under 20 grew up messaging them. It's also practical: Companies can't as easily make a hard sell over text. (In fact, a new California law bans companies from forcing you to call to cancel a subscription you purchased online.)

Voice calls are also a tech problem. 1-800 numbers made it easy for us to call companies - but then so many of us did that it got expensive to staff and manage. (IBM estimates businesses spend $1.3 trillion on 265 billion customer service calls each year.) Overwhelmed companies started hiding their contact numbers and forcing customers to hunt through those telephone trees to find a human.

Chat and messaging systems offer relief in a few ways. We're not stuck waiting on the phone, listening to Muzak, growing angrier by the minute. "You can type on a keyboard anywhere, including multitasking while watching TV with your family," says Matt Price, a senior vice president at Zendesk, a customer service software maker. Text is ideal for routine questions as well as for conveying technical information you don't want to get lost in translation.

Employees can handle multiple text conversations at once - but only one call at a time. "What this has really delivered is the art of time management," says Nick Drake, the executive vice president of marketing and digital experience at T-Mobile, which was one the first companies to push big into messaging. His agents use software that triages incoming conversations and puts the most urgent ones on top.

What about tone? You do lose some emotional context over text. When I chatted with Apple support about the issue with my iMac, the employee smartly asked early in the conversation for me to explain what solutions I had already attempted as a way to size up my technical competence. A well-placed emoji can also help.

And then there's the employee perspective: Frustrated customers can be really, really mean over the phone, which is one reason many call centers have high turnover rates. Several of the companies I spoke with report customers tend to chill out when mediated through text, making support a more pleasant job.

"Although someone could write 'I HATE YOU,' and do it in all caps, it is very different than when somebody is screaming in your ear," says LivePerson's LoCasio.


Ready to text? First you might need to do a little hunting. Though options are sprouting like dandelions in May, there's little consistency in how - and where - companies want to do it.

The most basic form is chat. It works like your AOL Instant Messenger from way back in 2000: You and someone else are in a live conversation that probably has a beginning and an end. You might have to hang for a bit while you wait for a human to arrive in the chat. Companies put this on their websites and, increasingly, in their own apps.

Then there's social media. As Facebook and Twitter have become bigger parts of our lives, companies were forced respond to customer care concerns there. Now some of them welcome it, with dedicated support teams.

Beware, though, of your privacy: Broadcasting personal details in public just for support probably isn't a great idea. And even some private channels, like Facebook Messenger, aren't encrypted conversations. (That means Facebook can see what you're typing. A spokeswoman says "we don't share that content with other businesses and it can't be used by other businesses for ads targeting.")

The next frontier is messaging. Unlike chatting, the model here is your ongoing text conversation with a buddy. You can put the phone down for a few hours and continue the conversation later. With messaging, you and the company can both respond when you're ready to, and go about your life the rest of the time. It works through Apple's new Business Chat for iMessage, Facebook Messenger, WhatsApp, SMS and more. (Yes, even old-fashioned text messages can sometimes work.)

Smartphone-obsessed China is way ahead of the U.S. on this. There, millions of people use the WeChat app to subscribe to announcements and interact with companies big and small. One friend in Beijing uses a mini-app inside WeChat to sign up for classes at her local gym.

Back in the U.S., how can you know if a company can be messaged? Sometimes they'll say so when you call, in directories, online maps and their own apps. On an iPhone, you can find a businesses participating in Apple Business Chat by searching in spotlight or on maps and looking for the speech bubble icon.

Where it's all headed is humans and bots working together. The Philadelphia Phillies this month tested iMessage chat with concessionaire Aramark. In Citizens Bank Park, you could use an iPhone's camera to scan a QR code on the back of the seat in front of you. That popped up an iMessage chat, which you could use to order drinks and snacks, and then settle the bill with Apple Pay - all without getting out of your seat.

"Text me some beer and some Cracker Jack," as the Philadelphia Inquirer wrote, has a nice ring.

We asked industry insiders what they do to get better service. Here are their suggestions.

• Before you dial, see if there are better options, including chat, messaging, self-service websites and schedule-a-call services.

• Customers receive the fastest support when reaching out at 2 p.m., according to Zendesk.

• Be prepared to repeat yourself: Most companies aren't sophisticated enough to know about the last time you called or to connect you across all their different forms of contact.

• If you're trying to quit a service and get sent to someone for hard sell, just politely say you know it is a win-back line and you're really not interested in the service any more.

• The emergency button is Twitter. You can always tweet at a company, or its CEO - most are looking out for it. Just remember whatever you're saying is public.