The man who pointed the way for me, is gone 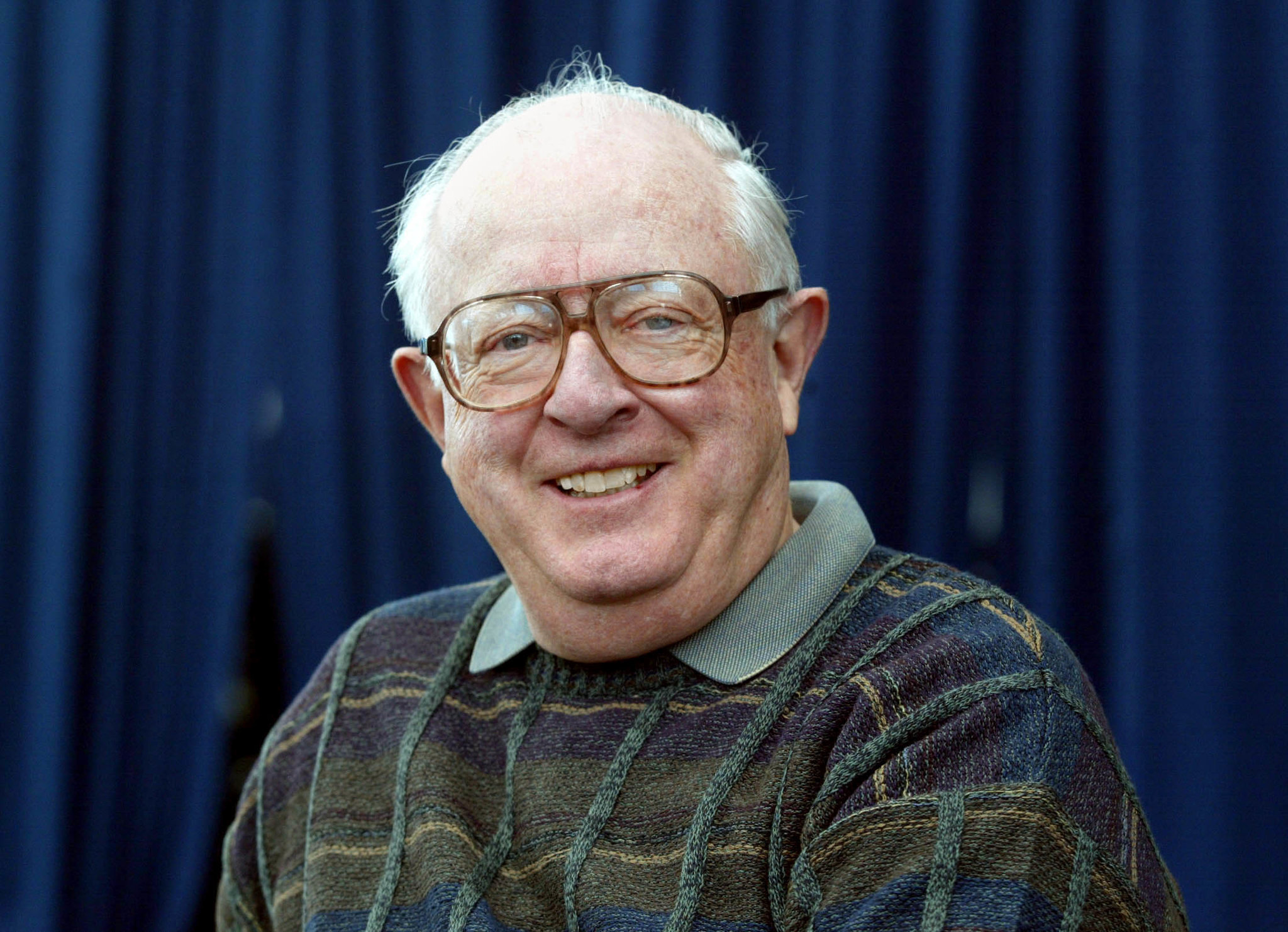 Dave Anderson, the friendliest of giants

It was the early 1980s, just after Dave Anderson won a Pulitzer Prize for his sports writing in the New York Times. Dave, in his early 50s, was a major voice at the most important newspaper in the city. And I was a struggling young musician, needing money.

I found some freelance work at a free weekly publication called the TV Shopper, which was printed in black and white and got handed out in stores. Basically, it listed TV programs. But the man who owned it fancied himself an editor, so each week he paid someone $50 to write a cover story about a New York celebrity. I told him I thought I could do that.

And I got assigned Dave Anderson.

Don’t ask me why. And don’t ask me why Dave answered the phone when I called his office, or said “OK” when I requested an interview, or agreed to meet me at a deli on the upper west side, or was there, in a booth, by the time I arrived.

You can’t explain kindness. And I was too young and naive to know how kind this was, an elite sports columnist at the esteemed New York Times agreeing to a lunch with a kid from nowhere.

Instead, I fumbled with a notepad, and asked a bunch of questions. Dave was genteel, relaxed, a wise, owlish face behind large glasses, his balding hair grey and short on the sides. He answered everything patiently. I didn’t know much about sports writing. At that point, I’d never done it. I asked about the challenge of meeting a deadline, or navigating a locker room, or dealing with athletes, or having to carry notes and tape recorders around.

At one point, I rambled so long in a question that he smiled and said, “I think you’re making more of this job than it really is.”

I never forgot that.

Especially when, years later, I started doing it.

HE HELD THE DOOR OPEN FOR MY CAREER

You see, to that point, I had been aspiring in a field that crushed the aspiring. The music world can be a selfish and mean-spirited place, especially in New York City, and pretty much everyone I’d been dealing with was protective of his or her own turf, and not eager to share any tips. I remember a well-known jazz musician telling me, after I asked if he could show me a particular chord technique, “Why should I show you? If I show you, you’ll show everybody else.”

Then, all of a sudden, here was Dave Anderson, as big a name in his business as any, meeting me for a sandwich, telling me whatever I wanted to know, even offering to pick up the tab. The effect was more than gratitude. He lifted the curtain on a world I never knew, and made me think, as I said goodbye and rumbled down the subway stairs, that maybe I could do that, too.

Dave, of course, never knew this. He was just being the welcoming guy he’d always been. A New York newspaperman through and through, he wrote vividly and elegantly about sports for decades, rarely negative, always fair, never flowery, always factual, writing up to a reader’s intelligence instead of looking down on it.

He set the stage like a Broadway master and had a knack for being in places where telling scenes took place. He had a wonderful little technique that he often employed, placing a comma in the middle of a quote, knowing, the way an actor knows, how a pause can create emphasis.

In one of the columns that won him the Pulitzer, he wrote about an aging Muhammad Ali losing badly to Larry Holmes. At the end of the piece, he quoted a man who said they should have stopped the fight five rounds earlier. Then he wrote this final line:

“They shouldn’t,” a woman answered, “have let it start.”

He could have written “ ‘They shouldn’t have let it start,’ a woman said.” But it doesn’t have the same punch. That was a Dave Anderson secret. Create a punch without ever looking like you’ve thrown one.

I know this, because after interviewing him, I read every word he wrote. For years. And when I eventually left the music business and got into journalism, sports writing in particular, it was because Dave Anderson had held the door open, allowing me to peek through. He made it seem a welcoming place, maybe even a good place, if it could attract a good guy like him.

THE FRIENDLIEST OF GIANTS

The strangest part is, oftentimes, the influential person has no idea. When I eventually worked my way up to major league press boxes, I finally found myself in the same place as Anderson.

I spotted him right away. And, although it had been years since I wrote that TV Shopper story (I have no idea if he ever read it), he saw me and his eyes widened and he smiled as if delighted. When I told him I’d become a sportswriter, he joked, “I guess I couldn’t talk you out of it.”

And when I thanked him and told him he was the reason I was there, he dismissed it humbly and said, “I’m sure you would have gotten here without me.”

The truth is, I’m not so sure. We are all influenced by one another. Take that influence away, who knows how the path diverges?

I am now older than Dave was when he met me. I’ve been in this business for over 30 years. The other day, I was preparing to write my column, when a story flashed across my screen:

Dave Anderson, the longtime New York Times columnist, had died, at 89, in an assisted living facility in New Jersey.

I sat down and stared at the words. They took my breath away. I remembered that first encounter in the deli. And that first greeting in the press box. And although we saw each other many times over the years, ate press-box meals together, chatted, I could never really express how much he changed my life, how much I owed to him.

He never wanted credit. But he deserves it. As he deserves a celebrated sendoff. Dave Anderson was a giant in the sports writing business, but the friendliest of giants, the kind who would meet you for a sandwich just because you asked. He was a gentleman who never lowered himself to anger or noise just so he could make a splash.

He used to write a column, every Thanksgiving, listing the things to be thankful for in sports over the previous year.

Imagine that. A column built on gratitude. I only wish mine could express it half as well as he did.