The Creators Who Also Destroy 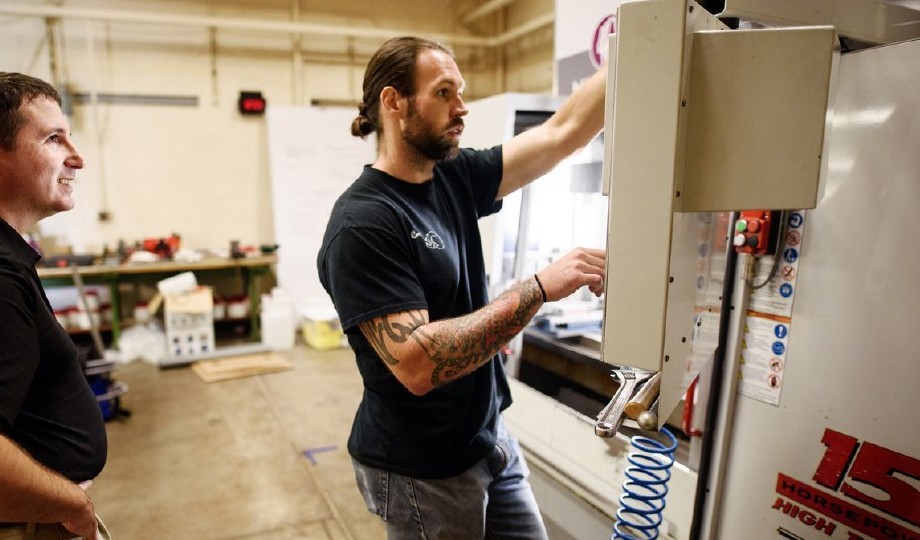 YOUNGSTOWN, Ohio — Mike Juhasz is nothing short of the classic American Renaissance man; the 32-year-old grandson of a tool and die worker who lost two of his fingers to a press, he began adulthood working in manufacturing. Ten years later he still is, only now with advanced technology that promises to reinvent manufacturing and bring skills and jobs to a Rust Belt city he calls home.

"This isn't the kind of job creator that will place thousands of jobs all in one place like the old days, but it does place Youngstown on the cutting age of high-tech manufacturing 40 years after it all started to fall apart," Juhasz said.

The imposing young man has his chestnut hair pulled back into a ponytail. He physically resembles a man who would prefer to get his hands dirty more than a man who wants to intellectualize quantum physics.

Juhasz is standing in a basement deep in the bowels of Youngstown State University with Brett Conner, Ph.D., the associate professor in the Department of Mechanical and Industrial Engineering in YSU's College of Science, Technology, Engineering and Mathematics.


In the cavernous room with them? An enormous 3-D printer filling an order for the Department of Defense, the Navy specifically, to produce parts for building and repairing ships. Its sheer size is impressive. It's so impressive that it had to be placed in the basement because there was no way to get it to the third floor where the rest of the 3-D robotic printers are located.

"So this is the future," said Conner, as if introducing you to a person, and in truth, the printer behaves as if it were a person, actually dozens, in the way it "makes" things that normally would take a variety of skilled workers to do.

In short, it makes jobs and takes jobs away: That is the beauty and irony of automation. Always has been.

3-D printing gives businesses the ability to download designs and transform those web-based printouts into physical objects. It is both fascinating and terrifying at the same time. The question becomes, does this make manufacturing more efficient and keep it based in the United States? Yes. Does it create jobs? Yes. But it also eliminates jobs.

In this way, it is very similar to the driverless cars seen all over Pittsburgh 70 miles to the east; yes, they give companies the ability to cut costs like salary and insurance costs associated with hiring people, but they also impact the ability for people to keep a job in trucking or delivery services.

Twenty percent of men in this country make a good living driving and delivering people or goods from one point to another every day. Driverless cars and trucks make those men and their jobs obsolete.

The applications for 3-D printing are pretty infinite; in the YSU's lab there were scores of examples of spare parts for machines, toys, gadgets, and larger items everywhere, all produced at the cost of traditional manufacturing.

We don't have that figured out yet — but seeing young people like Juhasz passionately embrace the possibilities of marrying both, you understand quickly that the sense of commitment to community and progress does live in our nation's youth.

It is something we should foster and tap, because automation isn't just coming for someone else's jobs. It is going to impact all of our jobs: with automated surgeries and fast-food counters and driverless 18-wheel tractor-trailers transferring commerce further south in Ohio.

And it's hard to imagine many people are ready for the impact that is going to have on their lives and their communities. Industrial revolutions create and destroy, if we are better prepared for the one we are experiencing now, our country's temperament will stabilize.