What if the NFL were a diner? 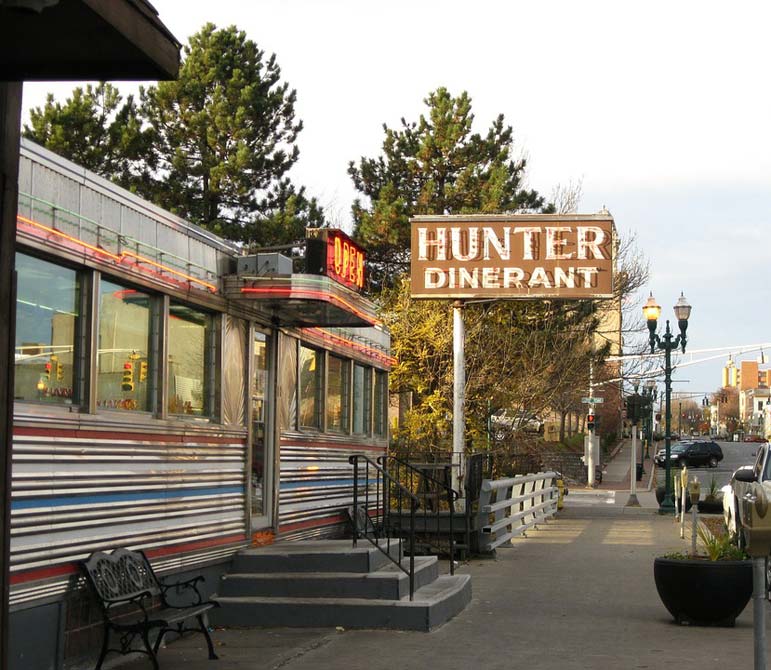 What if the NFL wasn't a troubled multibillion-dollar business desperate to wriggle out of its national anthem kneeling crisis?

Instead, what if the NFL were a small business, like a diner?

A nice NFL diner with waitresses named Doris and Stella. And a grill man named Jerry, who did a bit for burglary and hates his job, but who makes a perfect francheezie.

Who doesn't like a nice, friendly diner with prompt service and tasty food?

comes up to your table to take your breakfast order. She smiles, pours a cup of coffee and calls you "Hon," in the way of diner waitresses.

But then Doris has something else to say.

"Abortion is killing babies!" says Doris. "Get that?! Abortion is murder! Now, how do you want those eggs again, Hon?"

The reason I want you to think of the NFL as a diner -- offering bacon and eggs, maybe good patty melts, Cobb salads, real fries and that killer francheezie -- is that Americans seem confused by one important aspect of the kneeling drama.

And it's time the NFL takes the red pill and wakes up. Or not.

It doesn't bother me. I turned the league off long ago because of all the lies about head trauma while the marketing machine encourages generations of young men, mostly minorities, to have their brains ruined so rich owners can make even more money.

Still, some remain interested in the , the giant conglomerate that owned Sunday in America until players began disrespecting the flag by kneeling during the national anthem.

Fans didn't like it. And the billionaire owners began panicking, because while they don't want to anger their employees, they also don't want to lose fans and money.

And the TV networks that once broadcast images of the kneeling before the games now cut to commercials rather than show more kneeling. This tells you that the owners are freaking.

Meanwhile, many journalists and activists keep insisting that the kneeling drama is a First Amendment issue.

I've also seen it written that if you don't like kneeling during the anthem, you're probably a white racist, since black players are doing most of the kneeling.

Or, if you dare think kneeling during the anthem is disrespectful, then you're probably a deplorable Trumpian who should be tarred and feathered, or at least assaulted by antifa.

But America isn't the racist country some would suggest. We elected our first black president, then re-elected him. Does racism exist? Yes. But America really isn't the worst place on Earth, although you wouldn't know it by following the NFL kneeling news.

For many, the kneeling isn't about President . Yes, Trump stuck his nose in there, in that vulgar way of his, saying he wishes the NFL would "fire the (SOBs)" who kneel, and this scored points with his base and drove journos and players crazy.

Some journos are so crazed that they insist the players have a First Amendment right to kneel before games.

They might be constitutionally illiterate. Or perhaps they suffer from a mental disorder in which they live on fantasy planets, where they can ride talking unicorns and are possessed of magical powers.

The First Amendment doesn't apply to the NFL players. It applies only to government. And government can't tell Americans what they can or can't say.

The NFL isn't the federal government, not yet. The NFL is a private business, like a diner, only larger, with lobbyists and stadiums built for NFL owners with billions upon billions of dollars squeezed from taxpayers who can't possibly afford game tickets.

Rather than argue about the Bill of Rights, can we return to the NFL diner for an open-faced sliced turkey sandwich with gravy, or a feta-spinach omelet?

Unfortunately, several customers have already walked out. Doris has spent the morning pushing her pro-life agenda.

"I will never step foot inside this restaurant again!" says a man wearing a strange fuzzy pink hat. "I came here for breakfast, not to be lectured to!"

And Stella is busy, too. Her feet hurt, but she walks over to another table and takes care of a family stopping for an after-church brunch.

"Are you in college?" Stella asks the kids, who tell her no, but they're applying.

Then Doris comes running up shouting, "Abortion kills babies!" and Jerry the cook gets into it, yelling across the sizzling grill.

"My daughter shouldn't have to use the same restroom as some 6-foot-tall transvestite!" Jerry says. "OK?"

All the customers get up and run out the door.

The dad who just wanted a steak sandwich stands at the door.

He's the last one out. Word gets around and in a few weeks, the restaurant closes its doors.

It's what happens in business, when businesses forget what their business is.