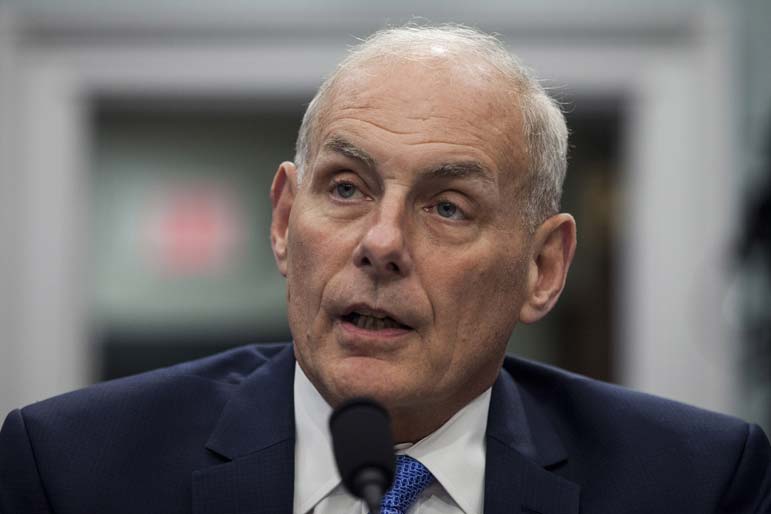 John Kelly's news conference from the White House briefing room Thursday was great. It was the equivalent of offering Washington a Xanax. The poised, confident and well-spoken White House chief of staff actually looked like, dare I say, a president. Too bad President Donald Trump can't do what Kelly did.

Trump's erratic behavior and inconsistent verbiage put into vivid relief just how steady Kelly is. It was somewhat at the president's expense, but Kelly's handling of the media Thursday reminded us all of the critical function he fills as a grounding anchor at the White House. And it confirmed that he is confident in his footing in the Trump administration.

I have it on good authority that it was Trump's idea for the retired Marine Corps general to make his appearance Thursday. Maybe Trump felt as though he needed to box Kelly into a commitment to stay. Or perhaps, at a certain level, Trump sometimes knows that he is the problem and that somebody needs to calm the waters.

Regardless, the president should be proud of Kelly's performance, But will he be jealous?

By any measure, Kelly is a more reassuring presence for Congress and leaders around the world than Trump is. And based on how he did Thursday, one might wonder how low our national anxiety level might drop if Trump was stricken with a severe case of laryngitis and sudden thumb paralysis (STP), rendering him incapable of speaking or tweeting and leaving Kelly to do all the talking for a while.

None of this is to say Trump shouldn't address the nation or field questions from reporters, but he should learn from those around him who have proved to be capable of translating the administration's choices and actions into understandable, confident, adult language. And Kelly, whose handling of the press earned the praise of many in Washington, provides a good example of what a president's interactions with the news media and the public more broadly should be like.

Conservative commentator Laura Ingraham said of Kelly's performance, "I respect his service. That 20 minutes (at the podium) is what we need more of in Washington." Well said.

Kelly is clearly a man of sanity and order. His commitment to the presidency - and to the country, for that matter - is steadfast. That has been consistent throughout his career in government service. The administration is lucky to have him, and this week, he showed the nation and the world exactly why. Hats off to Gen. Kelly.