Trump bounces back in second debate 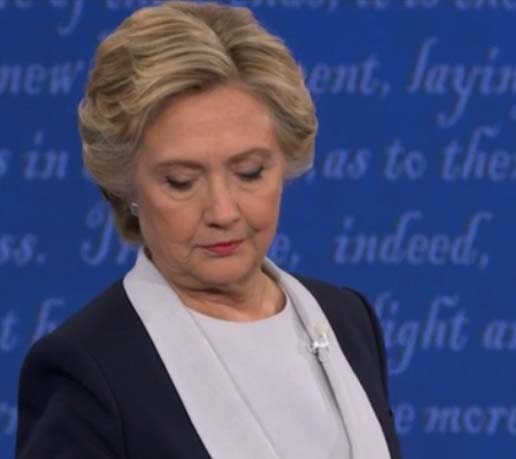 ST. LOUIS -- You can make a good argument that Donald Trump won the second presidential debate with Hillary Clinton. You could also argue that no one won. But it's probably beyond dispute that Trump's performance will shut down Republican defections from his struggling campaign, at least for now.

Say you were a Republican lawmaker contemplating breaking with Trump. You didn't do it Saturday, when several GOP officials jumped, because you wanted to see how Trump would do in the debate Sunday night. Now you've seen it -- a more aggressive, hard-hitting and focused effort than Trump's losing performance in Debate One -- and you're probably not going to abandon Trump now.

Contrary to expectations, the debate did not begin with a punch-in-the-gut question about Trump's lewd video. Instead, an audience member approached the issue in the softest, most indirect way, asking both Trump and Clinton whether they feel they are "modeling appropriate and positive behavior for today's youth?"

Neither candidate actually answered the question, but Trump did a far better job than Clinton of pivoting to issues -- the issues he wanted to talk about, including Obamacare, terrorism and the trade deficit. In the first debate Sept. 26, Trump didn't seem to know what a pivot was. The second debate marked the moment he learned that basic debate maneuver.

After the opening, co-moderator Anderson Cooper administered the punch-in-the-gut video question. "You bragged that you have sexually assaulted women," Cooper said to Trump. "Do you understand that?" Trump dismissed the video repeatedly as "locker room talk," apologizing and saying he was embarrassed by it. And then Trump pivoted again, this time suggesting the video was a minor issue compared to the threat posed by Islamic State.

Clinton had her say, arguing that the video was not an aberration but the essence of Trump. "I think it's clear to anyone who heard it that is represents exactly who he is," she said.

With both sides having spoken, was the Trump video portion of the debate over? Not at all. The other moderator, Martha Raddatz, took her turn at the question, and that's when Trump brought up the Bill Clinton women.

Shortly before the debate began, Juanita Broaddrick, Kathleen Willey and Paula Jones were escorted by Trump aides into the hall. They took prominent seats in the Trump section, but they were well out of Hillary Clinton's line of sight. If Clinton had to rely only on what she could see, she wouldn't have known they were there.

Which raises a question: What was the point? Before the debate, a number of Trump supporters, like Newt Gingrich, thought bringing in the Bill Clinton victims was a dumb idea. But Trump not only met with them before the debate, he posted them in the audience.

To what end? After the debate, I asked Trump spokesman Jason Miller whether the women's presence had any effect in the room.

"Because Juanita Broaddrick and Kathleen Willey and the other woman had their voices stomped out for far too long," Miller answered. "Hillary Clinton has been a part of that. So has the media. What we're simply doing is giving them the opportunity to have their story told."

When the sex portion of the show was finally over, the debate moved on to Clinton's emails, and then to what used to be known as actual issues: Obamacare, Trump's call for a temporary ban on immigration from some terrorist-affected countries, Syria, political transparency, taxes.

Trump didn't display any more policy depth than he has in the past -- it is astonishing, for example, that he seems to have learned nothing more about a replacement for Obamacare since the GOP primaries. But overall, he effectively used each issue to slam Clinton and the Obama administration, arguing that he would be able to get things done where they failed. Clinton was on the defensive for much of the debate's last hour.

The bottom line was that Trump weathered the sex portion of the debate -- a development which would have seemed like a miracle just 36 hours earlier -- and showed strength in the policy sections. Beforehand, many observers would have predicted Clinton would crush Trump in both.

Then Trump scored well on Obamacare, and then on taxes, and then did OK on foreign policy. Finally, he scored well at the end with an actual compliment of Clinton's tenaciousness. And so Trump won, perhaps, or certainly didn't lose.

What does that mean? Well, if a campaign has one foot in the grave, simply not dying is a big win.

But if Trump thinks the debate will push the lewd tape problem into the past, he'll soon find that's not the case. And of course, any new revelations -- and there were lots of rumors on Sunday -- could start the whole Republican panic-and-bolt cycle again, with more GOP lawmakers heading for the exits.

But that's for the days ahead. The bottom line Sunday is that Trump was in an enormously difficult and pressure-filled spot. If he lost badly to Clinton, the significant but manageable number of Republican defections from his campaign might have turned into a stampede. Instead, Trump held things together.

No, that's not expanding the Trump electorate. It's not converting independent voters. But for a man with his back against the wall, Sunday night's debate was a welcome change in fortune.