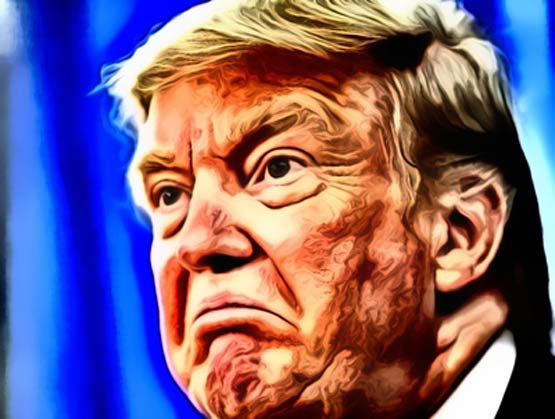 A new Fox News national poll suggests Donald Trump suffered real damage in his first debate with Hillary Clinton -- not just losing the debate, but sliding in some key measures of voter confidence in his ability to serve as president.

Compared to the same poll's results before the debate, Clinton's standing improved relative to Trump's in three important areas: which candidate would best handle the economy, which candidate has the temperament to serve as president and which candidate is honest and trustworthy.

So voters think Clinton won, which is the same result as other polls in recent days. But the larger question is what effect, if any, the debate had on the overall course of the race.

In the horse race, Fox found Clinton leading Trump among likely voters 43 percent to 40 percent in a four-way contest, with Gary Johnson at eight percent and Jill Stein at four percent. In the last Fox poll, taken September 11-14, Clinton led Trump by 41 percent to 40 percent in the four-day race, with Johnson at eight percent and Stein and three percent.

The Fox pollsters found more change in the head-to-head race among likely voters, with Clinton now leading Trump 49 percent to 44 percent. In the pre-debate Fox poll, Trump led Clinton 46 percent to 45 percent -- so that's a six-point net change before and after the debate.

But other numbers are clearly ominous for Trump.

Before the debate, Fox found 59 percent of likely voters said Clinton had the temperament to serve as president; after the debate, the number went to 67 percent. Trump's temperament number stayed nearly the same, 38 percent before the debate to 37 percent after. Clinton's 21-point pre-debate lead on the question became a 30-point post-debate lead.

There have been a lot of polls, methodologically sound and otherwise, since Monday's presidential debate. But it takes a while for the effect of a debate to percolate through the electorate. Voters who watched the debate think about what they've seen, discuss it with family and friends, and watch and read news coverage. Voters who didn't watch form opinions from coverage and word of mouth. It all takes a few days.

Now the first real effects of the debate are becoming clear. And they are not good news for Donald Trump.