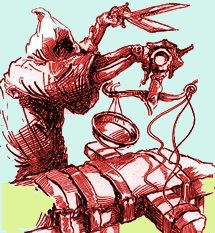 Once prohibited - indeed, unthinkable - the euthanasia of people with mental illnesses or cognitive disorders, including dementia, is now a common occurrence in Belgium and the Netherlands.

This profoundly troubling fact of modern European life is confirmed by the latest biennial report from Belgium's Federal Commission on the Control and Evaluation of Euthanasia, presented to Parliament on Oct. 7.

Belgium legalized euthanasia in 2002 for patients suffering "unbearably" from any "untreatable" medical condition, terminal or non-terminal, including psychiatric ones.

In the 2014-2015 period, the report says, 124 of the 3,950 euthanasia cases in Belgium involved persons diagnosed with a "mental and behavioral disorder," four more than in the previous two years. Tiny Belgium's population is 11.4 million; 124 euthanasias over two years there is the equivalent of about 3,500 in the United States.

The figure represents 3.1 percent of all 2014-2015 euthanasia cases - and a remarkable 20.8 percent of the (also remarkable) 594 non-terminal patients to whom Belgian doctors administered lethal injections in that period.

What's a bit different about this Belgian report, however, is that it's the first to appear since journalists and psychiatric professionals, inside Belgium and outside, began to take notice of what's going on - and to raise questions about it.

Recent newspaper articles and documentaries focused on cases in which psychiatrists euthanized or offered to euthanize people with mental illnesses, some still in their 20s or 30s, under dubious circumstances.

In December, 65 Belgian mental-health professionals, ethicists and physicians published a call to ban euthanasia of the mentally ill.

Seemingly stung by these criticisms, the commission spends two of its report's pages defending the system, explaining that all is well and that no one is being euthanized except in strict accordance with the law.

In particular, the regulatory panel - chaired by Wim Distelmans, a leading proponent of euthanasia who conducts the procedure himself - defends the one-month waiting period required between the time a mentally ill or otherwise cognitively impaired person puts his or her signature on a written request for death, and the time it may be carried out.

Objections that this is too little time are "unfounded," the report asserts, because "the formation of the true will of the patient is a long process that takes several months, sometimes years," then culminates in the written request. In any case, the waiting time is often longer in practice.

Of course, this ignores the essential objection, which is that, by definition, the mentally ill may be less capable of forming a "true will," or, at least, that their intentions are intrinsically more difficult for a doctor - or anyone - to establish with the necessary certainty upon which to base a life-or-death decision.

As the Belgian opponents of the practice put it in their open letter: "We see that some who were first declared incurable, eventually abandon euthanasia because new prospects showed up. In a paradoxical way, this proves that the disease can not be called incurable."

Obviously. But the commission report breezily responds, "illness, especially if it is psychic, should not be an obstacle to making a decision on the basis of rational reasoning," subject to a careful physician's approval.

This, regarding a Belgian medical system that over the past two years administered lethal injections upon the request of five non-terminally ill people with schizophrenia, five with autism, eight with bipolar disorder and 29 with dementia - an increasingly common condition in the aging Western world - as well as 39 with depression, according to the report.

Increasingly questioned at home, Belgian psychiatrists' participation in the euthanasia of the mentally ill has also caught the attention of their international colleagues, many of whom remain committed to the physician's primary role as a healer - and fear the corrupting potential of any deviation from that, even in the name of "patient autonomy."

The large and influential American Psychiatric Association is preparing a policy which may include a declaration that it is unethical for any psychiatrist to participate in the euthanasia of a non- terminal patient, according to officials of that organization.

The World Psychiatric Association, which has heretofore discouraged but not specifically banned psychiatric participation in euthanasia, is planning to revisit that position at its 2017 meeting in Berlin, with a view toward toughening it in light of recent events in Belgium and the Netherlands, according to sources familiar with that body's deliberations.

Such external scrutiny is long overdue; the relevant professional bodies are uniquely well positioned, indeed ethically required, to provide it.

Euthanasia of people with autism, depression, schizophrenia and dementia in the Low Countries represents a global moral crisis for psychiatry, and all of medicine, that can no longer be ignored.