This election year features more than one presidential race 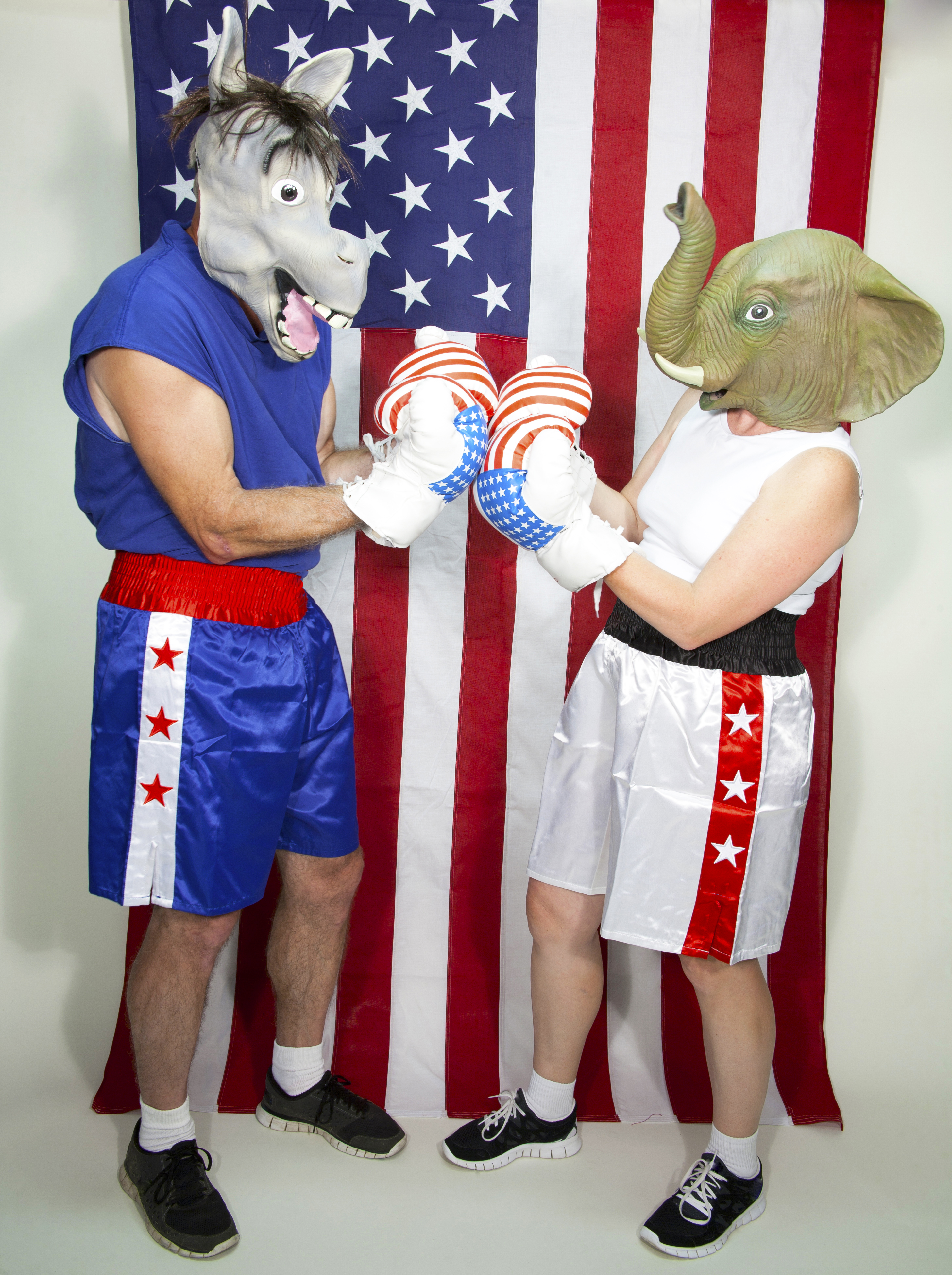 A presidential campaign is figuratively called a "race." Two runners sprint toward the finish line for the prize of the presidency.

But the 2016 presidential campaign has spawned lots of weird races.

The first sprint is one between embarrassments and scandals.

Will another WikiLeaks disclosure confirm that is a dishonest and conniving hypocrite? Or will yet another open-mic tape, disgruntled beauty queen or old interview remind us that private life was -- and perhaps still is -- uncouth?

The winner will be the candidate leaked about the least by .

Here, Trump might have an odd edge. Even the most lurid disclosures will only confirm what we already knew about his vulgarity. But any more leaks about Clinton could shatter the crumbling facade depicting her as a highly respected and ethical establishmentarian.

Another race is between the relative health of the two candidates.

At 68, Clinton seems too frail. At 70, Trump seems too frenetic. This race is nearing the home stretch to see whether Clinton stumbles, nearly faints or goes into a coughing fit. Or will the sleepless Trump stay on his Twitter feed at to self-destruct in feuds with another former beauty queen or Republican kingpin?

Democrats want to pep up Clinton. Republicans want to calm down Trump. For now, worries over Clinton's poor health seem to be outracing Trump's nocturnal mania.

A third race is one of defections within the candidates' respective parties.

Leaked emails revealed that in the primaries, the Clinton campaign colluded with the supposedly neutral . The leaks also confirmed that Clinton's team derided youthful mob of supporters as a conglomeration of snotty perpetual adolescents stuck in their parents' basements. During his campaign, Sanders charged that Clinton was a toady. Clinton denied it. Leaks substantiated Sanders' claim.

manage to turn off as many Sanders supporters as Trump has members of the Republican establishment?

Trump is now not just at war with Clinton and the liberal media. He is in mortal combat against almost all the Republican bluestockings of the - corridor, along with most of the traditional conservative media and consulting class.

For now, Trump's civil war has a far higher body count than Clinton's.

There is a fourth race between two quite different media.

Traditional media sources -- the three major network news outlets, the flagship and , the public affiliates and , the hip late-night TV shows, the -celebrity venues -- are unabashedly pro-Clinton. Several of America's highest-ranking news kingpins are married or related to stalwarts of the Obama administration, and journalists are likewise connected to the Clintons' campaigns, past and present. Supposedly neutral debate moderators and fact-checkers are also unabashedly pro-Clinton.

Against these fixtures of some 70 years is pitted a louder outlaw media.

Talk-radio hosts such as and , edgy internet sites such as and the Drudge Report, some of the hosts on the Fox News Channel and a number of assorted bloggers are overtly pro-Trump.

If spirit and passion rather than manners won races, then the unorthodox pro-Trump media would beat the predictable pro-Clinton media. But so far, Clinton is reaching far more voters with the old media than Trump is with the new.

There is yet another race between the grating personalities of the candidates themselves.

In the next three weeks, will voters finally tire of Trump's empty and over-the-top superlatives, such as "tremendous," "awesome" and "great," or his periodic meltdown rants in defense of his business career?

Or will we become even more exhausted by Clinton's inadvertent depiction of the aggravating Nurse Ratched character from "One Flew Over the Cuckoo's Nest"? The more we hear Trump go off, the more we hear in reply Clinton's canned monotony. Yet her contrived calmness is still preferable to her occasional screeching when excited.

There are two final races, the most important of all: money and time.

More valuable than even money is time. Clinton is ahead, sitting on her lead. Trump is behind, in need of another two weeks beyond .

The money and the clock races usually trump all others.

Mostly reliable traditional polls -- Gallup, , etc. -- seem to be assuring us of a Clinton landslide. A few quirky outlier daily-tracking surveys -- such as those of the L.A. Times and Rasmussen -- on some days have the race about even or have Trump slightly ahead.

In this outlandish year, the winner will be the survivor who crawls barely alive over the finish line -- without having been blown up.