Memo to Trump's handlers re next debate: No amount of preparation or advice will make a difference if the candidate refuses to use it 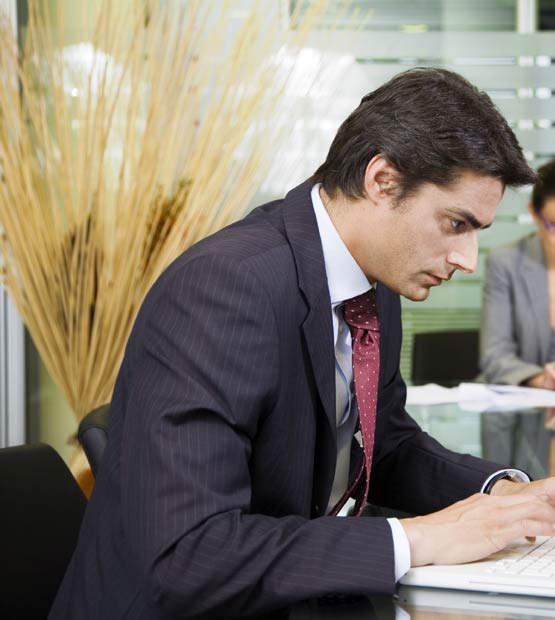 Donald Trump has one week to prepare for his next debate with Hillary Clinton. It is a critical event for him. Yet everything he's done before and after the first debate sends a loud, clear message: He seems to think debate prep is for chumps.

A candidate charged with lacking discipline just spent the week providing evidence for the prosecution. His Friday morning tweet storm - beginning at 3:20 a.m. with a rant about unnamed sources and resuming just after 5 a.m., with a series of tweets that expanded his sexist attacks on a Latina former Miss Universe - punctuated a days-long spiral that has put at greater risk his hopes of winning the election.

To see some of his allies in the hours after Monday's debate at Hofstra University was to recognize how let down they were with his performance. They could see the missed opportunities and knew that his problem wasn't whether his advisers had tried to prepare him. It was his inability to follow the advice. They saw him fall into traps set for him by a Clinton campaign that has been studying his weaknesses for months.

No matter what his advisers try to do ahead of next Sunday's town-hall debate at Washington University in St. Louis, his performance is utterly unpredictable. Those advisers can run him through mock debates and put him through murder-board, rapid-fire exercises. They can give him a dozen good ways to try to attack Clinton. They can prepare binders of background information, game out answers and give him as many flashcards to study as they can.

In other words, they can give him the best information and game plan in the world. But based on the first debate, they cannot trust him to execute. Trump's weakness is his capacity to forget in the heat of battle the advice he's been given. Clinton seemingly can knock him off stride with the flick of a phrase.

After the 90-plus minutes at Hofstra, a wiser candidate and a smarter campaign would have shrugged and admitted the obvious, that he had a bad night. A more experienced candidate, one with some humility, would have promised to do better and moved on. He might even have made a joke about it. Rick Perry at least had the wherewithal to own up to his embarrassing "oops" moment - forgetting the name of a federal agency he wanted to eliminate - with a wisecrack.

When President Barack Obama lost the first debate of 2012 to Mitt Romney, he didn't immediately realize how badly he had done - or how harsh the judgments were about his performance. In the hours afterward, one after another of his advisers told him that it wasn't that his critics were bashing him unfairly, it was that his performance had fallen short.

His advisers began with gentle descriptions, which became more blunt. Obama didn't fully understand what had gone wrong until he watched a video of the debate a few days later. "I get it," he told campaign manager David Plouffe. He vowed to win the final two debates.

Trump has done the opposite, rejecting post-debate polls and the assessment even of many Republicans that he lost the debate during the final 60 minutes. Instead, he's grasped onto unscientific Internet surveys that portray him the winner. When Jason Miller, the campaign's senior communications adviser, appeared Thursday on MSNBC's "MTP Daily" and cited several online polls that are subjected to no statistical rigor, an exasperated Chuck Todd, the host, said the campaign was "creating a reality that does not exist."

This is an alternate reality created by Trump for Trump. My Washington Post colleagues Phil Rucker and Bob Costa and I got an insight into this personality trait when we interviewed him almost a year ago at his office in Trump Tower overlooking New York's Central Park. Trump was riding high at the time, leading the polls for the Republican nomination and feeling buoyant.

The discussion turned to the debates. He had done well in the first Republican debate in Cleveland but less well in the debate at the Ronald Reagan Presidential Library in California.

At one point, he reached across his big desk, which was piled with magazines featuring him on the cover, and handed us several sheets of paper, with the results of several online polls, all of which declared him the winner of both debates. It was immediately clear to him that we found his evidence unpersuasive.

"Why don't people trust online polls?" he asked. We told him that online polls are "not scientific." For a quick second, he seemed to accept that criticism as valid. "Okay," he said. But then he pivoted back to his own view of things. He wanted to believe, and so he would. "It must mean something, right?" he said of the online polls.

This is the candidate that Republicans who have bought into his candidacy must live with as they plot out strategy for two more Clinton-Trump debates, plus Tuesday's vice-presidential debate at Longwood University in Farmville, Va., and then the last weeks before Election Day.

The two principals in the presidential campaign so overwhelm everything else that it's hard to imagine Kaine and Pence breaking through. In another way, however, their encounter could be a helpful distillation of the choice for voters, absent the theatrics and outsized personalities of the two presidential nominees.

The debate will provide Pence an opportunity to prosecute the case against Clinton that Trump failed to do consistently at Hofstra. Kaine can use it to reinforce Clinton's argument that Trump is unfit, while trying to force Pence to embrace everything the GOP nominee has said and done, which could squeeze Pence between loyalty and future ambition.

These must be trying days for those in Trump's campaign. They can craft a broad message about change vs. status quo and about the Clintons as the embodiment of the kind of cozy insider environment of Washington that so many Americans dislike.

Republicans can try to build a superstructure around the candidate. His advisers can give him scripts and a teleprompter. They can pump emails raising questions about Clinton's emails, the Clinton Foundation and its benefactors, and Clinton's foreign policy record. The Republican National Committee can organize an effective ground operation.

In the end, they are all hostage to a candidate who can undo all their good work with one middle-of-the-night tweet, a candidate who has the capacity to turn a brief sideshow into a debilitating, days-long story, who cannot resist dwelling on petty grievances and who, when it mattered most, did not rise to the moment.