In the presence of not just a historical figure, but history itself 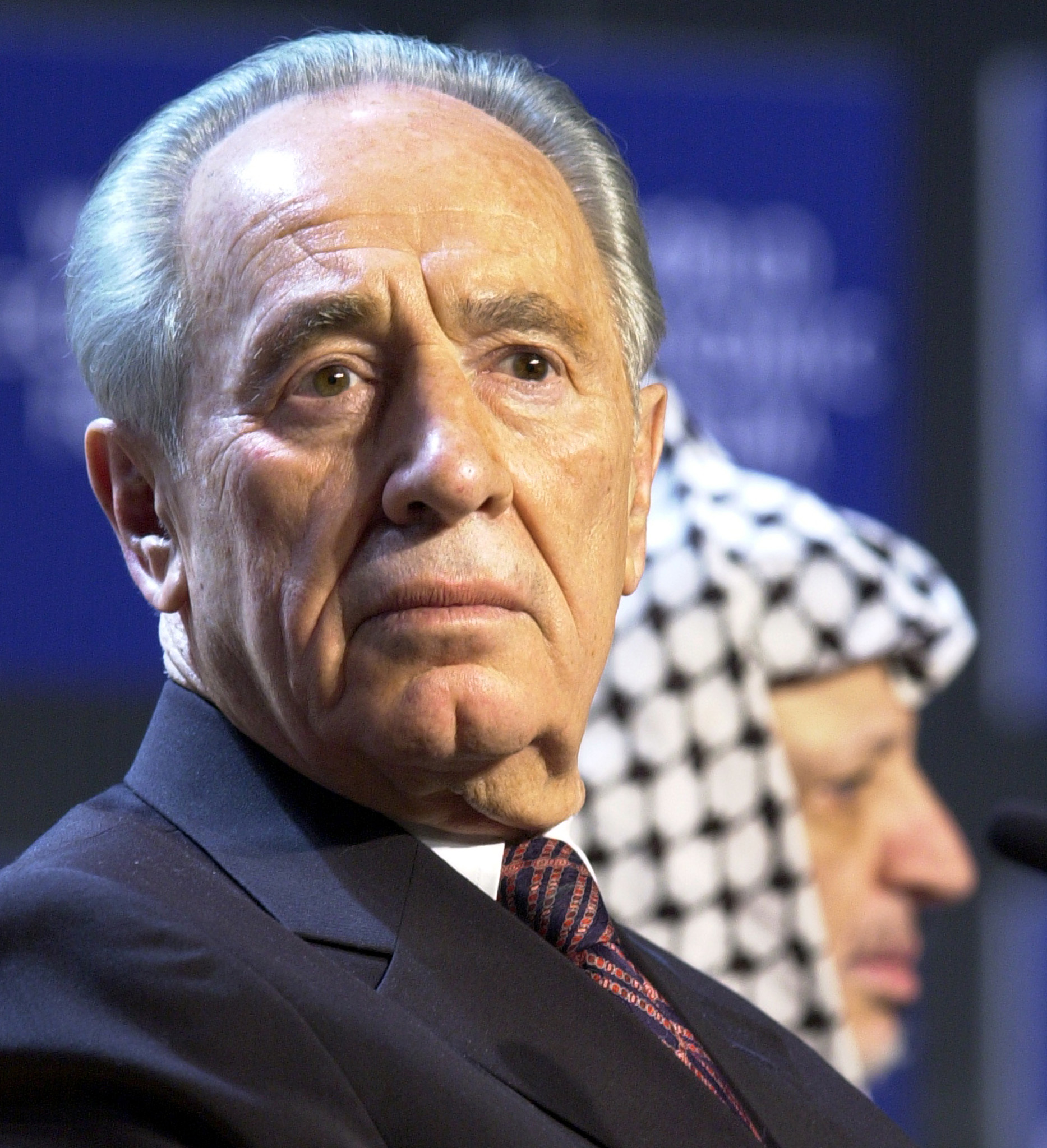 We stood in a hallway of a Tel Aviv hotel, and an official said, "He is coming now." I straightened up. From the middle of an approaching group stepped a gray-haired man with his hand extended. The president of Israel.

"But you are so young!" said Shimon Peres.

And I felt it. Chronologically, I was past 50, so Peres was just being kind. (He had read some books I'd written and thought I was older.) Nonetheless, I felt like a child because, within minutes of sitting down to lunch, I realized I was in the presence of not just a historical figure, but history itself.

We spent a small chunk of time together. He was jovial, wise, patient, even whimsical. He said as president (a more symbolic position in Israel than in the U.S.) he was "doing less and was admired more." In fact, he said, laughing, the less involved he was in actual politics, the more popular he became.

We talked literature, America, world peace and family. When we parted, I felt as if I'd met not only a professional friend, but a leader with real vision.

I've thought a lot about that 2010 lunch lately, with the news of Peres' death at age 93, and his mountaintop funeral Friday that drew leaders from around the world. I realize how lucky I was to have that memory.

And how incredibly different Peres seemed from anyone trying to run our country these days.

DEDICATED TO HIS COUNTRY

Shimon Peres was a founding father of the nation he later presided over. Born in Poland in 1923, he emigrated to what was then British-mandated Palestine when he was 11 years old. He was a disciple of David Ben-Gurion during the 1948 war that led to the state of Israel. And he never stopped serving it.

Over the next 68 years, Peres held an amazing array of positions. He was, at one point or another, the minister of defense, finance, transportation and foreign affairs. He was prime minister for multiple short stints and president for seven years. He helped push Israel to become a technological giant. He backed academic and medical research efforts. It was as if he were trying to contribute from every angle.

Peres was hawkish when he was younger, and was instrumental in Israel developing a nuclear program. He reportedly once told a colleague five years of painful negotiating was still better than "exchanging bullets for five minutes."

Peres won a Nobel Prize for his efforts with Yitzhak Rabin and Yasser Arafat. Even in his final years, as peace between Israelis and Palestinians grew more elusive, he still encouraged hope.

"Optimists and pessimists die the same way, they just live differently," he once said. "I prefer to live as an optimist."

Peres spoke five languages, was well-versed in French literature, wrote poetry and music. In public, he took an encompassing view of his nation's future, saying, during his presidential inaugural address, "Israel must not only be an asset but a value. ... It must be a good and warm home for Jews who are not Israelis, as well as for Israelis who are not Jews."

A LEADER WITH SOUL

Now, Peres, like any man, was no saint. He made his mistakes. He was not very successful in political campaigns. And, as expected, many in the Arab world last week were tossing far nastier barbs than the hosannas being thrown in the Western media, claiming that Peres was a problem in Israeli-Palestinian relations.

This is not the space to debate those endless issues. Nor, on the weekend of his funeral and the start of the Jewish New Year, is it the proper moment.

What is undeniable is that Peres was fully dedicated to his country, whether you agreed with him or not, and brought wisdom, perspective intelligence and a soul to the government.

Meanwhile, at the same time his grave site was being prepared, America's top political story was what one presidential candidate, Donald Trump, said about a beauty pageant winner nearly 20 years ago, a topic raised with cool calculation by his opponent, Hillary Clinton.

This was what we spent days debating.

We have 300 million people in this country. As I think back on that memorable lunch, I can't help but wonder where are our statesmen? Where are our leaders with soul? Where are our best and brightest who see public service as an honor, a calling, leaders you can actually look up to?

Upon his death, Shimon Peres wanted to donate his organs. His corneas will be used to help others see. Too bad his inner vision wasn't transferable. It's in dire need, particularly now.