When denial is all but impossible 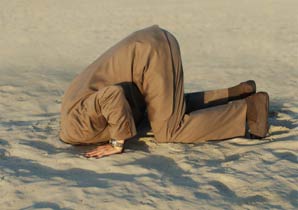 He asked them their religion. If they said they were Christian, he killed them right there in that classroom in .

And since the news trickled out, slowly, about what was done and how, some of us have been asking ourselves:

Would I deny my faith to stay alive? Would I answer?

"He said, 'Good, because you're a Christian, you're going to see God in just about one second.' And then he shot and killed them."

That comment comes from , father of , a student at , one of those wounded by , madman, anti-Christian bigot, killer.

told what her brother, J.J., witnessed: The shooter, he told her, told people to stand up before asking if they were Christians or some other religion.

She said her brother told her that anyone who said yes was shot in the head. If they didn't answer, they were shot in the leg.

If what happened in was as they say -- and often eyewitness accounts are incomplete or mangled by fear and shock -- the bravery of it all was stunning.

Some knew what he would do, and still they held to faith. I'm sure some think that would be an act of supreme foolishness. Or perhaps those who said yes thought they were giving an answer that would save their lives. But to some of us, it was evidence of profound courage.

Most news outlets focused on what has become depressingly familiar: the gunman, lonely, a nerd unable to adjust, narcissistic, nihilistic, seeking glory in innocent blood, perhaps a psychosis unknown as yet.

And a mother described as "protective" in early accounts, as other mothers have been described in other mass shootings. Those parents may not understand the capability of their offspring, even as the child gathers gun after gun. We've heard such stories before, from to , of parents either blind or indifferent, or unable by law to do anything about the madness in their children.

One parent in another, unrelated case, stepped forward and did something. We should remember that too.

A few months ago, , a police captain, alerted the FBI that his son Alexander, who began going by the name , was a threat and was trying to join ISIS.

The son was charged with felony possession of firearms and had planned to use a bomb. He had a long history of mental illness.

So the father acted. But in too many of these cases, the father doesn't act or there is no father, and the parents are either enablers or numb or unable to institutionalize their weaponized child.

As for the massacre in , the political actors naturally will fight this out, squabbling as they've done before. They pose, so choreographed, like powdered and bewigged sophists playing at word games at .

President talked about this phenomenon even as he engaged in it, saying that more federal gun control is needed.

"Somebody somewhere will comment and say, 'Obama politicized this issue,'" the president said after the shooting. "Well, this is something we should politicize. It is relevant to our common life together, to the body politic."

To his credit, a day later, the president from acknowledged the gun violence in .

A madman kills nine people in and the world seems to stop and gun control is demanded. But in , the killings are marginalized, as barbarians mow people down, with thousands shot in a town with strict gun laws, and the politicians do little if anything.

There is no national conversation from . The national political stars stay away. Even the president isn't engaged much. There is silence.

What the president certainly understands, what politicians don't tell the people, is that political corruption has a cost. And that leaves less money to pay for longer incarcerations for gun crimes, let alone any space to institutionalize the dangerously mentally ill.

So it's a game, here, everywhere. And right now I'm less interested in arguments about competing rights -- the right to bear arms colliding with the supposed rights of psychotics to wander freely among us -- than I am about the culture.

Because for all the talk of gun control and rights and politics, the one thing I don't hear enough about is that our culture is ill.

Oddly, the political left, which demands more federal gun control in the hope of protecting life, adamantly supports abortion. Over the past four decades or so, some 53 million abortions have taken place in the U.S. Whatever your position on abortion, whether you believe that which is taken is life or just tissue, there is a collective psychic cost to it all.

Our most popular sport, football, is about ritualized, gladiatorial violence. Our most popular movies are called "action movies," but truly they should be called "kill movies" for all the corpses they produce, piles of them.

Our humor is rhetorically violent. Our popular music just as violent. We're addicted to social media, where anonymity breeds a freedom to ridicule others, to peel their skin with venomous fingers from unknown keyboards. And we give our children phones at young ages so they may play, too.

Is there a cost to all of this? Sometimes a tragedy like what happened in makes denial all but impossible.