A Bear Market Is Coming. Here's What to Expect 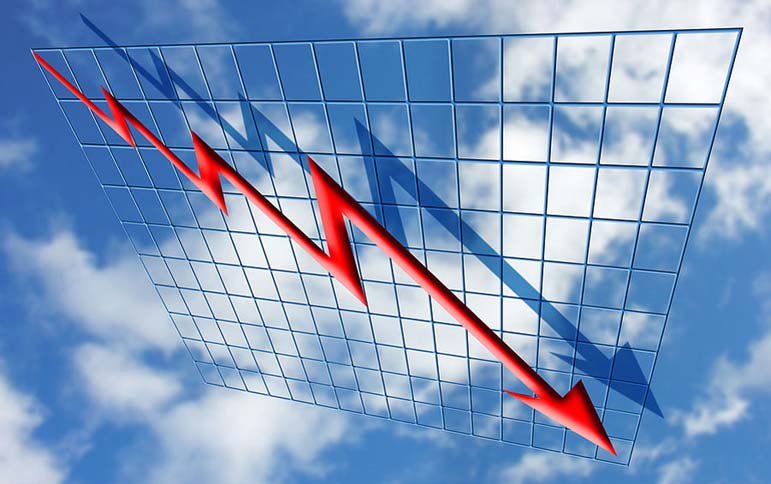 With the stock market in the red for the year, this is a good time to explore what to expect in a bear market--and to take steps to prepare.

But first, let's be clear about identifying the nature of the current downturn. From , the day the Standard & Poor's 500-stock index peaked, through , when the index bottomed, the stock market dropped 12.4%. That qualifies as a correction, which is defined as a decline of 10% to 20% from a previous high. Since World War II, the market has experienced 20 corrections. As of today, the S&P 500 is 8.9% below its May high.

Corrections can often be a pause that refreshes. By bringing down stock prices, they make price-earnings ratios and other measures of value more reasonable. They also stir worries among investors, which tends to help stocks vault higher. After all, unless there's some fear that stocks will fall, everyone would be 100% in stocks and there would be no one left to buy more and push prices higher.

But seven times since World War II, corrections have heralded bear markets--defined as losses of 20% or more in the S&P. That means, based on history, that there's a bit better than a one in three chance that the current correction will evolve into a bear market.

What happens in a bear market? On average, the S&P 500 has plunged 36.9% from peak to trough, according to . The market has experienced 19 bear markets since 1926, or about one every 4┬Į years. (For this article, we've relied on , and we've defined a bear market as a 20% fall in the S&P index on a total return basis--that is, including dividends--without an intervening rally of at least 30%.)

Bear markets test investors. Bear markets last for slightly more than 11 months, on average. If you had the misfortune to invest at a market top, just before the onset of a bear market, it would have taken you an average of 3┬Į years just to break even.

But patience helps you avoid catastrophe. On average, five years after the onset of a bear market, the S&P 500 has returned a cumulative 25.1%.

Not all bear markets are alike, however. Some are so mild that analysts disagree whether they should even be classified as bear markets. Ned Davis, for instance, counts a 20.5% loss in the S&P in 1966 as a bear market. unit does not. Similarly, some analysts count the S&P 500's 19.4% drop in 2011 as a bear market; most consider it a mere correction.

One bear market, the one that began with the 1929 stock market crash, was so brutal that analysts disagree on whether there was one bear market that ended in 1932 or a series of bears. By the time what I'm calling a series of bear markets ended, the market had lost a catastrophic 83.5%. Stocks then began to recover, but they were hammered again in 1937-38, this time for a 51.5% loss. Stocks didn't climb back to their , peak until .

Fortunately, no bear market since has inflicted anywhere close to the pain of the Great Depression. Unfortunately, investors have experienced three terrible bear markets since World War II.

The S&P plunged 45.0% in 1973-74, a period marked by both recession and high inflation (commonly called stagflation), the Vietnam War and Richard Nixon's resignation as president because of the Watergate scandal.

The popping of the technology bubble precipitated a 47.4% collapse in the S&P 500 from through . The tech-laden Nasdaq Composite index suffered a much heavier blow, losing 78% over the same period. But the selloff was concentrated in tech and the shares of large growing companies. Undervalued stocks, as well as small-company and foreign stocks, fared much better.

If we are falling into a bear market now, what variety will it likely be--mild or severe? , editor of the newsletter, points out that virtually every bear market has seen losses of more than half the gains in the preceding bull market. Given that the S&P has climbed from 676 to 1942 during the current bull market, Stack expects the index to decline to 1309 in the next bear market. (In terms of the industrials, a 50% retracement of the average's bull market advance would mean a drop of 4,900 points.)

I am more optimistic. The last two bear markets were the worst since the Great Depression. I think that we're due for a garden-variety bear market--if indeed we fall into a bear market. Stock valuations are only a bit above average today, and there's no sign of a recession on the horizon. Bear markets usually accompany recessions, with the downturn in share prices typically beginning several months before the downturn in the economy.

How should you prepare for the next bear market? If you're going to need the money you have invested in stocks within the next five years, you should move some or all of that money to lower-risk bonds or bond funds. Don't sell all your stocks; most investors, even in retirement, should have at least 50% or 60% of their retirement assets in stocks.

It's also still not too late to weed out some of your more speculative holdings--and move the money into safer blue-chip stocks. Funds worth considering: Parnassus Core Equity (symbol PRBLX), Primecap Odyssey Stock (POSKX) and Vanguard Dividend Growth (VDIGX). An even tamer pick is FPA Crescent (FPACX), and a good foreign choice is (OAKIX). All were featured in my story 6 Great Stock Funds for 2015, and the Vanguard and FPA funds are members of the Kiplinger 25.

Steven T. Goldberg is an investment adviser in the Washington, D.C. area and a contributing columnist for Kiplinger. .