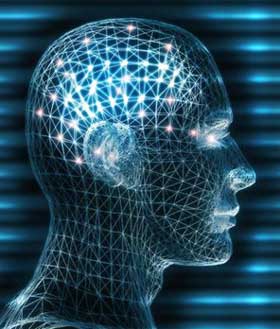 After I tweeted that "Only reason to fear #Ebola here in NYC is if it's airborne. Can't get a straight answer from the Feds or idiot deBlasio," I received a request from Tom Haines of BBC News wanting to call and speak to me. I explained that I don't like to talk on the telephone and to email me. He then wrote, "We are looking for regular New Yorkers just to talk about what things are like there, have you made any changes or avoiding places like the subway?" I answered, "not sure if I'd be considered a regular New Yorker. I'm a columnist and don't like talking on phone. Right now most New Yorkers are more afraid of being attacked by radical jihadists than they are of Ebola. Look at that machete wielding Arab who attacked group of cops in Queens. The fact is only one death here in US from Ebola. Others who have contracted disease here are on the mend because they are healthier than the third world victims. Ebola is third world disease because most victims are in poor health to begin with. With proper health care, Ebola is treatable if caught early. Same situation here as it was for SARS years ago. "

He must not have appreciated my answer because he never responded. I would have loved to expound on the issue because I am thoroughly confused by this administration's response to the crisis by naming an Ebola czar, Ron Klain. Not only does he have no medical knowledge and is a democrat operative but Obama already has a bona fide Ebola czar, Dr. Nicole Lurie. She was named in 2009 as Assistant Secretary to the Department of Preparedness and Response. According to the HHS website, her mission is "to lead the nation in preventing, responding to and recovering from the adverse health effects of public health emergencies." After Sept. 11, Lurie told the Washington Post, that her office was working, "to ensure that U.S. health care providers, hospitals, health clinics, emergency medical services ... have the information they need to be prepared to identify and treat Ebola infections, in case anyone in the United States becomes sick after traveling from affected countries or from contact with infected individuals." Sounds like an Ebola czar to me except that nobody seems to have heard anything about her since Ebola hit the United States. What she has done is funnel federal funds to Democrat donors like Ron Perelman, the largest stockholder of Siga, a company that eventually filed for bankruptcy whose anti-viral drug has not been as successful as others without huge government grants. Dr. Lurie, where are you and what have you done for us lately?

The recent attack in Ottawa, Canada, in which a young soldier was killed, was committed by a Muslim, Michael Zehaf-Bibeau, whom it was first erroneously reported was a recent convert. In actually he had been a Muslim for at least seven years. Another reported convert, Alton Molen, beheaded a co-worker in Oklahoma in September. In the United Kingdom, a woman was beheaded in broad daylight by a machete wielding Muslim. All one has to do is Google 'beheadings' or 'convert to Muslim murders' and you will then read U.S. official reports that these incidents are not terrorist related. At least in Canada, Prime Minister, Stephen Harper, is honest and brave enough to call it what it is-terrorism. President Obama nevertheless utters simplistic remarks such as. "Tragic events" or "senseless violence" when it is not senseless at all but deliberate terrorism against the western infidels.

Meanwhile thousands of Christians and non-Muslims are being slaughtered in the Middle East. ISIS barbarians are mutilating innocent victims in the name of Allah but we are not supposed to connect any of these actions with Islam. This is not political correctness. It is gross ignorance of Islam and American history. There are many references in the Koran to confirm that the ISIL jihadists and other extremists are following the dictates of Islam:

Quran 8:12 says, "When your Lord revealed to the angels: I am with you, therefore make firm those who believe. I will cast terror into the hearts of those who disbelieve. Therefore strike off their heads and strike off every fingertip of them."

There are many such passages in the Koran as well as those passages that condemn such actions. It seems as if the Jihadists are like the cafeteria Catholics that pick and choose to obey only the parts of teaching they find suitable to their own agenda.

As for our historic connection with Islam, the United States Navy was established to fight the war of the Barbary pirates that were plundering and capturing our ships, demanding ransoms. Christopher Hitchens wrote in the City Journal: "But one cannot get around what Jefferson heard when he went with John Adams to wait upon Tripoli's ambassador to London in March 1785. When they inquired by what right the Barbary states preyed upon American shipping, enslaving both crews and passengers, America's two foremost envoys were informed that "it was written in the Koran, that all Nations who should not have acknowledged their authority were sinners, that it was their right and duty to make war upon whoever they could find and to make Slaves of all they could take as prisoners, and that every Mussulman who should be slain in battle was sure to go to Paradise."

Moderate Muslims try and compare this hijacking of their faith with the evolution of Christian barbaric acts against non-believers but they would be hard-pressed to find anything in the New Testament to sanction such acts. Jesus Christ told his disciples to preach the Gospel but that if "Whoever does not receive you, nor heed your words, as you go out of that house or that city, shake the dust off your feet." He did not tell them to behead or kill them. I encourage those still believing in the innocence of Islam to read the book, "Why We Left Islam."

The party of Wilson, FDR, Kennedy and Bill Clinton has obviously run out of credible candidates for president. According to the latest ABC/Wash.Post poll, Hillary Clinton remains the clear frontrunner for the Democratic nomination in 2016 and I have to ask, "Why?" Since Obama was elected on the sole basis of his skin color, I'm assuming that rationale is being applied to Clinton because of her gender; Obama-first black president, Hillary-first female president. It mattered not that Barack Obama was not vetted or seriously challenged by the media who fell hook, line and sinker for the real Manchurian candidate. Will they once again ignore the facts about the very real Hillary Clinton who has never had any achievement other than being married to a man she should divorced years ago?

Let's review her historic record. For heaven's sake, she wrote her admiring senior thesis on the infamous but clever Marxist Saul Alinsky when she was in Wellesley College: "There is only the fight: An Analysis of the Alinsky Model. She was fired by Jerry Zeifman, general counsel and chief of staff of the House Judiciary Committee and a longtime Democrat who was her boss during the Watergate proceedings. When asked why in an interview said, "Because she was a liar. She was an unethical, dishonest lawyer. She conspired to violate the Constitution, the rules of the House, the rules of the committee and the rules of confidentiality." She was put in charge of the healthcare program proposed in 1993 and that same lack of ethics and dishonesty generated a 1997 lawsuit by the American Association of Physicians and Surgeons which cost taxpayers, $285,864. As my NY Senator, she did nothing of substance and as Secretary of State, she bears direct responsibility for not providing security for Ambassador Stevens but then according to her, "what difference does it make?"

She still remains the frontrunner for Democrat 2016 nominee and as I've written before:

The unvarnished truth is that they love Hillary because they feel she has been strong for surviving Bill's infidelity and scandals. The reality is that Hillary would never have achieved anything of substance on her own if she hadn't been married to Bill.