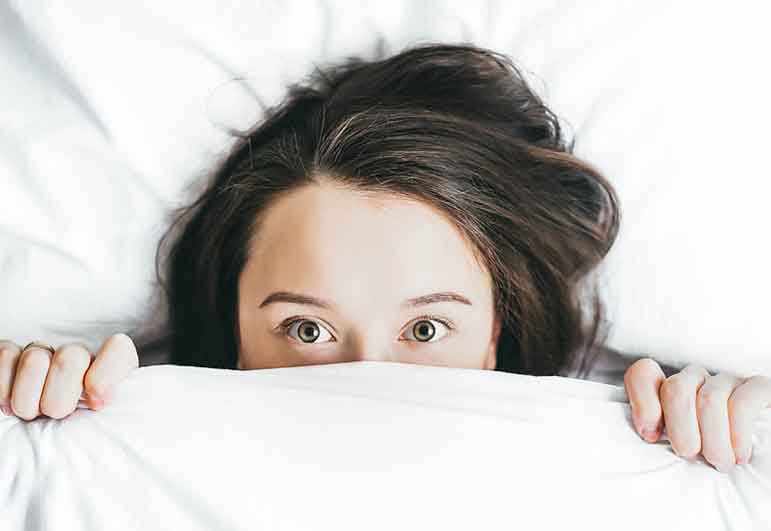 DEAR MAYO CLINIC: I am a 47-year-old man, in good health and not overweight, but I was just diagnosed with sleep apnea. Since I don't need to lose weight, what could be causing my sleep apnea? I'm using a CPAP machine, but it's not helping much. Is there something else I can try?

ANSWER: There are two forms of sleep apnea: obstructive and central. Obstructive sleep apnea often develops as a result of being overweight, but central sleep apnea is not related to weight. Instead, it develops when the brain doesn't send proper signals to the muscles that control breathing. Continuous positive airway pressure (CPAP) devices don't always work for people with central sleep apnea. But other treatment options are available.

The other 15% of people with sleep apnea have central sleep apnea, in which your brain fails to send signals to your breathing muscles. Although the condition is related to brain signals, the cause of central sleep apnea usually doesn't originate in the brain. It's often triggered by another underlying medical condition or by taking certain medications.

Central sleep apnea can be caused by heart disease, congestive heart failure, stroke or advanced kidney disease. The medications most often associated with central sleep apnea are opioids, such as morphine, oxycodone or codeine. In some people, no specific cause of the disorder can be identified. This is known as idiopathic, or primary, central sleep apnea.

If left untreated, sleep apnea can lead to serious health concerns. Persistent fatigue and daytime drowsiness that disrupt daily life often result from sleep apnea. In addition, the sudden drop in blood oxygen that occurs during sleep may contribute to heart problems, such as abnormal heart rhythms.

As in your case, a CPAP device usually is the first treatment used for sleep apnea. It involves wearing a mask over your nose, or your nose and mouth, while you sleep. The mask is attached to a pump that supplies pressurized air to hold open the upper airway.

For many people with central sleep apnea, however, airway closure isn't the problem. So treatment with CPAP may not be effective. Another device, called an â€śadaptive servo ventilator,â€ť may be more useful. It also delivers pressurized air. But unlike CPAP, it adjusts the amount of pressure as you inhale each breath to normalize your breathing pattern. This device also may prompt your body to breathe if you haven't taken a breath within a certain amount of time.

The drawback to an adaptive servo ventilator is that for people who have heart problems, particularly some forms of heart failure, the device may not be safe to use.

Another treatment recently approved by the Food and Drug Administration, called â€śtransvenous phrenic nerve stimulation,â€ť may be a better choice for people with heart problems who have central sleep apnea. It involves a device implanted in the chest that acts like a pacemaker to help you breathe normally during sleep by stimulating the phrenic nerve — the nerve that runs from the brain to the diaphragm. This device monitors your breathing and prompts the phrenic nerve to generate a breath if you've gone too long without breathing during sleep.

It's important to distinguish between obstructive sleep apnea and central sleep apnea, and the only way to tell the difference between the two is with a sleep study. Talk with your health care provider about undergoing a sleep study to definitively diagnose the type of sleep apnea that you have. From there, you and your care team can develop a treatment plan that fits your needs. — Timothy Morgenthaler, M.D., Center for Sleep Medicine, Mayo Clinic, Rochester, Minnesota