The Torch Has Been Passed . . . But Can A Fourth Generation Of Aspiring Kennedys Run With It? 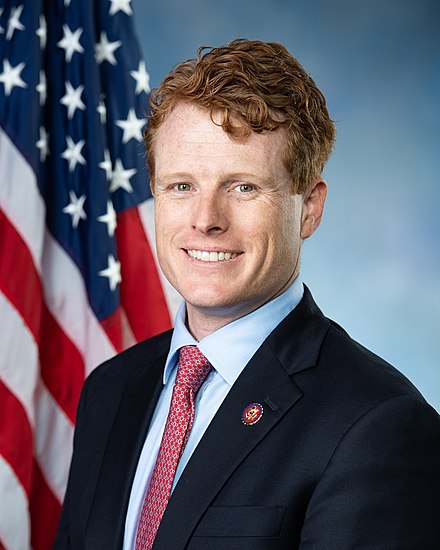 Try this for unusual: the most intriguing U.S. Senate race in 2020 may have nothing to do with the balance of power in the chamber.

I'm referring to next year's Democratic primary in Massachusetts, where the incumbent Sen. Ed Markey may find himself fending off a challenge from Rep. Joseph P. Kennedy.

At first glance, this might sound familiar to followers of the political dynasty.

In 1952, then-Rep. John F. Kennedy ran for the Senate against the incumbent Republican Henry Cabot Lodge Jr. It was a roll of the dice: JFK was just 35 years old, with relatively little to show for three terms in the House, taking on a blue-blooded political dynasty in a presidential year that would see Dwight Eisenhower capture 54% of the vote in Massachusetts (JFK received 51% of the vote in his Senate contest, running about 80,000 votes behind Ike).

In 2020, Joseph Kennedy will turn 40, with four House terms under his belt. And while the surname Markey is not to be confused with that of a legendary political clan, the incumbent does have some friends in high places ŌĆō for example, JFK's granddaughter Tatiana Schlossberg (Caroline Kennedy's her mother), who's praised Markey for his support of the Green New Deal.

That's a lot of tradition at young Joe Kennedy's disposal. And it raises this question: how much wattage does Kennedy star power still carry in 2020?

In 2019, the family name has been readily apparent ŌĆō but not for good reasons. This year is the 50th anniversary of Chappaquiddick and the 20th anniversary of the president's namesake-son's fatal plane crash. Two books ŌĆō The Kennedy Heirs and America's Reluctant Prince: The Life Of John F. Kennedy Jr. ŌĆō examine second and third generations of Kennedy to seek public office (among the things I learned: according to his closest associates, JFK Jr. seemed more interesting in serving as New York's governor rather than follow his father and uncles' paths into the Senate).

Read the two books and here's what you'll discover: the Kennedy existence is one of privilege, tragedy, faith, a failure to abide by society's norms, and a self-belief that the family's descendants were put on this planet to serve the public.

Plus one other factor: timing.

In 1952, the Kennedy brain-trust decided that the timing was right for a generational joust with a Republican dragon (Henry Cabot Lodge Jr. was born in 1902, which made him 15 years JFK's elder ŌĆō and more representative of the nation's World War I generation than Kennedy and his fellow World War II veterans). Just as, in 1960, the timing was right to seek the presidency.

In 1968, the urgency of the moment drew Bobby Kennedy into that year's Democratic primaries. Conversely, by 1980 and having passed on running in 1972 or 1976, the bloom was no longer on Ted Kennedy's rose.

Is the timing right for Joe Kennedy III in 2020?

But maybe the primary challenge suggests a new kind of Kennedy necessity: the fear of missing out.

Option B: forget the Senate and hope for the second spot on the 2020 presidential ticket. But if the presidential nominee is Joe Biden, Bernie Sanders or one of the other male Democratic hopefuls, it's hard to imagine a same-gender ticket.

Massachusetts Sen. Elizabeth Warren likely wouldn't tap Kennedy as his running mate (she could, though it would make life complicated for Massachusetts' 11 electors who couldn't vote for two candidates from the same state). Then again, there would be a Senate vacancy should Warren win.

Maybe California Sen. Kamala Harris would tap JPK III ŌĆō a nod to both geographical balance that a narrative that she's an extension of the Obama and Kennedy legacies.

But about the latter's legacy: 2019 marks not only the 50th anniversary of Chappaquiddick, but the 10th anniversary of Ted Kennedy's death. His last Senate re-election victory came in 2006. Joseph P. Kennedy II last ran for Congress in 1996. That was 16 years after his uncle's failed challenge to Jimmy Carter, which came a dozen years after RFK's death and 17 years after JFK's death. Camelot and "The New Frontier came to a halt 56 years ago this November. Next year marks 62 years since JFK's second Senate run.

The point: with the passage of time, the Kennedy political highlight reel becomes less the stuff of hashtags and more a faded memory. The voter who came of age in the lone Kennedy presidency is now in his or her late 70's; first-time voters in 1980 and the last Kennedy presidential bid ("the dream shall never die") will soon turn 60. Assuming Joseph Kennedy III runs in the great family tradition of an aspirational higher calling, will that still work with the youngest portion of the Massachusetts electorate?

Those weren't problems for John F. Kennedy in 1952, as the embodiment of young men who'd returned from the war. His campaign was well-funded, cutting-edge (targeting women voters), and capitalized on the family's glamour factor. But the Massachusetts electorate of 2020 may see the Kennedy's in a less attractive light ŌĆō the collective damage that comes from too many scandals, messy divorces and tragic early deaths.

And the notion of political dynasties and manifest destiny? Two generations of Adams' males served as president. The third generation never got further than the Massachusetts legislature. The fourth generation peaked in the U.S. House of Representatives. Two generations of Bushes likewise won the presidency; George P. Bush, Jeb's son, is climbing the ladder in Texas.

As for the Kennedy dynasty, the second generation saw three presidential runs and a half-century in the U.S. Senate; the third generation served in the House and one statewide office (Kathleen Kennedy Townsend, Bobby's daughter, formerly the lieutenant governor of Maryland).

And now, the fourth generation of Kennedy's may be looking at its breakthrough moment in the form next year's Senate challenge.

To the observation as to why monarchies eventually failed in Europe (poor genetics watering down subsequent generations), we'll see if good political genes are enough to get a Kennedy elected statewide in 2020.