Nifty Products at a Price You Can Afford 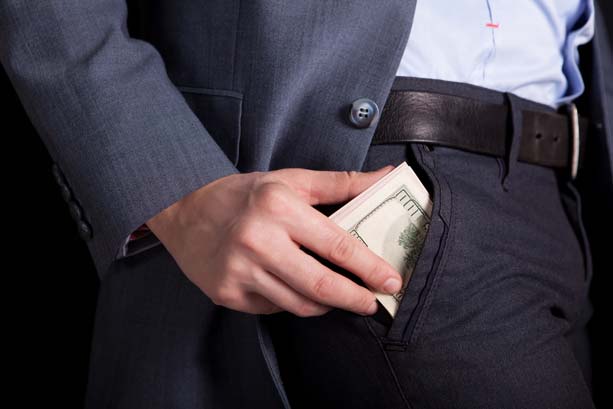 With all the talk of a possible economic downturn, some companies are seeing a silver — even bitcoin — lining. Boldly, they are barreling ahead with a roster of recession-positive products including:

The Samsonite Stick-Tote: Maybe you thought that once the luggage industry finally devised a rolling suitcase that doesn't tip over, its work was done. (Finally!) But that was before Samsonite unveiled its latest luggage triumph: the bag on a stick. Easily carried over the shoulder, the Stick-Tote makes travel a breeze — by plane, foot or boxcar. The simple tie-up bag unfolds into a handy workman's shirt — a must for any road warrior. The pocket is just right for any electronic or corn cob-based device. And the sturdy, all-wood stick can be used as a walking aid, weapon or potato-baking spear. The price is right, too: one chunk of ham.

The Ford Model U: If you liked the Model T, you'll love the Model U — a great leap backward and tiny leap forward for the ever-hopeful Motown mainstay. The Model U boasts the first running boards our country has seen on a sedan in 93 years — perfect for adding on carpoolers (provided they pitch in for gas). The crank-start engine saves on spark plugs while building the muscles you need for hauling coal to your home. And as a special promotion, Ford is launching its most ambitious sweepstakes ever: "Win an Auto Dealership!"

Absolut Hooch: Distilled from mash, hops, old galoshes, potato peelings, Grannie's secret recipe and (shhh!) slightly past-sell-by-date Miller Lite, Hooch is the hippest drink among the coveted 18-85 unemployed-except-for-part-time-work-at-Arby's demographic. But don't be fooled by Hooch's $4.95 price tag. This is a drink that keeps fine company. Try it mixed with America's Choice Cola, or America's Choice Diet Cola! Or just enjoy it straight from the carton.

The pPhone: Apple has done it again. After months of buzz, Tim Cook gathered the world's leading tech journalists and gizmo groupies to unveil his game-changing pPhone. "Enough with the iPhone!" Cook announced to deafening cheers. "Enough with cellphones, period! You have to charge them. You have to remember to take them with you in the morning. You have to pay a monthly fee. They're stupid! Our bad. But now, as we begin our radical plan to place pPhones all over America, from streets to soda fountains, the cell will be but a quaint relic of a cumbersome time. Convenient pPhones will be everywhere, enclosed in our patented pBooths," said Cook, stepping into a prototype and closing the folding door. "And instead of a pricy monthly plan, you pay as you go. A quarter! No more street sounds to disturb your conversation," he said from inside as the crowd strained to hear. "The pPhone: Ring different!" Uncertain as to when to applaud, some attendees stood up for an ovation while those who could lip-read reported that Cook added he will be selling avocado-size, zippered pPhone Quarter Holders in 10 stylish colors at just $39 each.

Dasani Bottled Water Bottle: Pour water into this conveniently empty bottle and it becomes bottled water. It can be filled from any standard tap or spring. And remember: If you're heading in to your shift at Arby's, the bottle also works with Absolut Hooch.