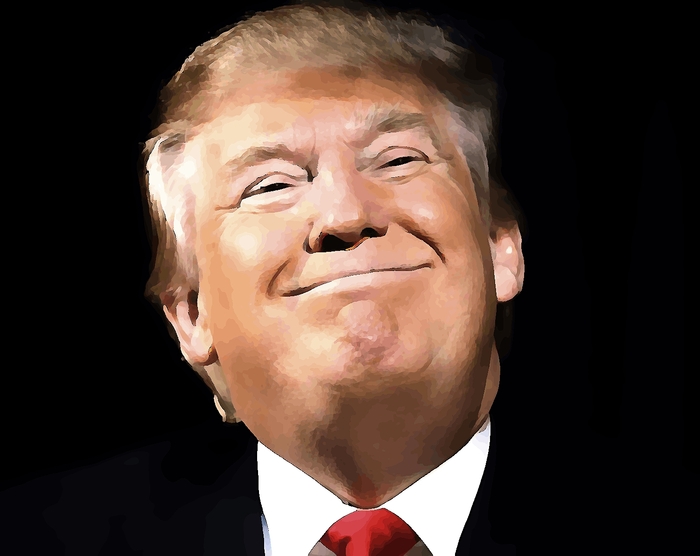 Political analysts and followers are understandably consumed these days with the grinding mechanics of the 2020 presidential campaign — the debates, the secretly developing ground games, declared policies, the fundraising, the strategizing around key states and polls, the only interim indicators we have of the race still four months from any vote.

Crucial, of course, are the collective primary selections by Democratic voters on their standard-bearer. That person will be the main alternative to Donald Trump, each with their own flaws and strengths.

Will it be some far-left woman or man with long, depressing lists of all that needs urgent fixing in America at astronomical costs? Would that doom the nominee who emerges from the party's July Milwaukee convention to spend four months on defense proclaiming they're not really as far left as they claimed to be?

Might the choice be a comfortably familiar face of Washington whose jumbled spoken thoughts and patterns raise serious doubts about his advanced age, which would make him the oldest man ever to live in the White House?

But the key question 58 weeks out from The Day is most likely to focus less on policies and promises and much more on the incumbent president's personality and day-to-day behavior.

At 73, Trump seems unlikely to change his behavior, especially since he firmly believes his unpredictability is one of his strongest suits.

Now that they've seen Trump in action in office, his daily on-camera and online behavior and his fondness for tumult and insult, will enough voters in just the right places want to extend the real estate magnate's Washington lease? Or will they, as some polls now indicate, show their dislike for him on the ballot?

To be kind, Trump's behavior is unorthodox. Which is precisely why just enough 2016 frustrated voters in just the right places chose the unlikely man whose campaign actions, tactics and words augured a stark contrast to the more decorous style and behavior of traditional White House residents. Bill Clinton aside.

To be honest, Trump's behavior is at times also bizarre, even repulsive. As the first Twitter president and arguably the most accessible and seemingly candid in modern times, he is bombastic, egotistical, rude, insulting and untruthful.

His stubbornly loyal fans' excuse is that he is a consistently chronic counter-puncher, which they deem admirable.

And they portray Trump as surrounded by opponents, fighting an Alamo-style battle against a threatened D.C. establishment of both parties, Deep State operatives and an openly hostile, incestuous Capitol media eager and willing to criticize, exaggerate and mischaracterize virtually every action and statement. Which is largely true.


The base often overlooks the fact that Trump frequently incites and prolongs those reactions with his characteristically petty attacks and ripostes.

This president clearly relishes such attention, which also enables him to consistently redirect media coverage off one inconvenient controversy and onto another more politically advantageous narrative. Until the next typically unnecessary squabble.

Now that he's in office going on three years, Trump is clearly more comfortable behind the historic desk. He is a team player only in the sense that he is The Team, the only one who counts, just as it was ruling his real estate empire. "Let me tell you," he's said modestly on more than one occasion, "the one that matters is me."

After his election, Trump vowed he would have the best, smartest, most talented Cabinet and staff in history. He's gone through three chiefs of staff, four national security advisers and five communications directors, among more turnovers.

Judging by the record firings and resignations in both areas, someone in this White House is making awful hiring decisions.

"There will always be change," Trump says. "I think you want to see change."

The big question for Trump, though, is will voters want to see his kind of change continue come next fall? Or change him?

Will his fulfilled promises — creating millions of new jobs, enacting tax cuts, crushing the ISIS caliphate, rebuilding the military and slashing regulations, among others — outweigh the simmering unease, distaste and fatigue over his uncommon behavior?

Except for one poll very early in his tenure, Trump has been underwater in overall job approvals, with somewhere in the low- to mid-forties approving, and more than half of Americans disapproving.

Antics aside, those who blithely and ignorantly wrote off Trump's election chances in 2016 because he was just too different should not now dismiss his reelection effort next year.

During the 2018 midterm year, a Gallup Poll found that only 37% of registered U.S. voters believed Trump deserved a second term, statistical encouragement for those still incapable of accepting the raucous reality of his upset defeat of Hillary Clinton.

But here's another shocking reality. Despite all the tumult, Trump's 37% reelect approval in the first midterm year is essentially identical at the identical time to those who said Bill Clinton and Barack Obama deserved a second term. As you may recall, both men succeeded.