Don't mind the jerks, just be as good as you can be for the people who know the difference and care 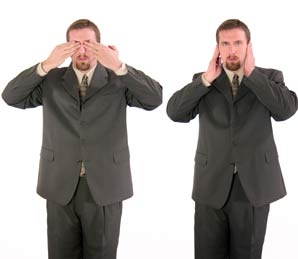 Moral choices face us every day.

Standing in Whole Foods at the array of olive oils, I pass over the French and Italian for political reasons and choose the Portuguese because I met olive growers in Portugal last summer, village people, and liked them, and I assume California olives come from groves owned by Silicon Valley tycoons as a tax write-off and may contain silicon and the Spanish may come from old Franco sympathizers, and then I choose a raw, unfiltered, organic kosher vinegar -- how can you argue with organic kosher? -- and then on to the butter.

I buy the local small-town creamery butter over the major corporate: I seem to recall a hefty political donation by Big Butter in exchange for relaxed regulation.

And this is why shopping takes me longer than it otherwise might. Righteousness.

I'm obligated to do the right thing, having entered my 78th year.

I am kind to strangers, I hold the door open for people except young women who might be offended, I subscribe to newspapers, I even read the editorials.

Longevity is not a right; a man is programmed to degenerate. Viagra doesn't occur in nature. Nature only wanted me to have offspring, raise them to be able to fend for themselves, and get out of the way. G od instilled hormones in young people to make them treat us like garbage and thus encourage us to get out of their way. But we still have things to say.

This is why the Rolling Stones are out touring in their old age. Rock stars used to feel obligated to die young, OD, go down in a plane, and become immortal, but immortality is no substitute for life itself, and this is the Stones' message to their fellow septuagenarians: don't give up --- if you've still got it, use it.

They're still playing "Brown Sugar" and "Tumbling Dice" and "You Can't Always Get What You Want" better than any bar band around, so why stop?

Mr. Jagger came back from aortic repair to be 17 again.

Mr. Dylan, at 78, goes on singing songs, many of which ("I aimed my hand at the mongrel dogs who teach, fearing not I'd become my enemy in the instant that I preach, my existence led by confusion boats, mutiny from stern to bow") sound like a teenager wrote them.

Brian Wilson is still in love with surfing and beaches and California girls.

I was 16 that February morning when we heard on the car radio that Buddy Holly had died in a plane crash in an Iowa cornfield, our hero in his black horn-rims singing "Not Fade Away," and the kid driving the car pounded the steering wheel and said, "This is so stupid. How can this happen?"

The pilot was unqualified for night flight and was too stunned by celebrity to admit it so he took off and flew the plane into the ground.

What is to be done, people?

I remember a concert in an outdoor amphitheater in Atlanta where a hundred drunks in the corporate seats down front clanked their wine bottles and chortled and heckled through "Sempre libera" from Verdi's La Traviata until you wanted to put garbage bags over their heads, but the valiant soprano onstage simply lifted her chin and sang beyond the drunken vice presidents of marketing to the 6,000 people sitting out in the dark, her true audience.

She trusted the acoustics of the place, that her beautiful voice would carry up into the dark and that the privileged peabrains in the $100 seats would be like distant traffic.

There is a principle here: don't mind the jerks, just be as good as you can be for the people who know the difference and care. Illegitimi non carborundum. Ignore them all.