Break some eggs, Elizabeth Warren: Drop out and back Bernie 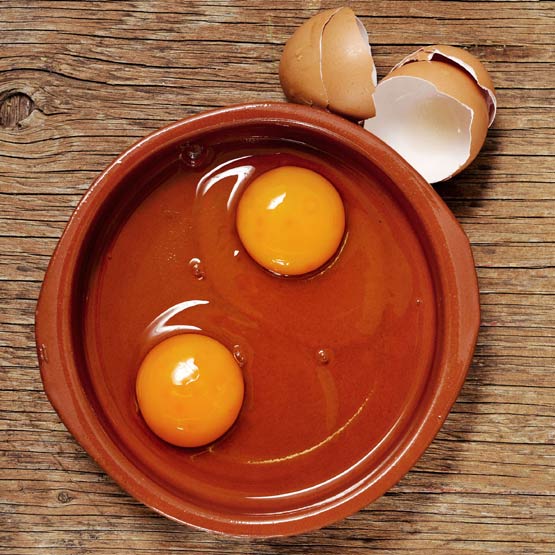 Should do the right thing and drop out of the Democratic presidential race, so can address multiple "reality issues" before taking on President ?

Bernie can beat Trump. Warren and other also match up well with Trump, but Sanders has the necessary authenticity. And Biden has a serious flaw.

If you can't see this, you might just be blind to Joe adrift, lost in his multiverse of fabrications and moist feelings, like a sad sci-fi astronaut with gleaming white teeth in a Netflix movie, unmoored.

For now, the hard-left vote -- the spine of the Democratic Party this cycle -- remains split between Warren and Sanders. If something's not done and soon, Biden may ride his whoppers to the Democratic nomination.

Democratic activists worry about Biden, but the national media, which is even further to the left than are the activists, also worry. They're trying to take Biden out with stories like the one in the other day, depicting Biden as a confused bumbler: "Does to Be Doing This?"

is portrayed by many as a geezer lost in the discount drugstore after the shuttle bus has left.

Biden remains stubbornly on the national platter, congealing like day-old "Cold Omelets with Crab Meat," the now-infamous dish Warren offered as authentic Cherokee fare in the cookbook "Pow Wow Chow," back when she was climbing the political ladder as an authentic Native American Harvard law professor.

"You can't call on Warren to drop out," said a guy who's been counting all the "Warren Has a Plan for That" signs sprouting in his progressive North Side Chicago neighborhood. "She's a woman. And will need the white suburban woman vote in 2020."

True, and I mean no disrespect to her, her gender or to the strategy to target that key suburban white female demographic through a relentless 24-7 media spin that's been going on since 2016.

But the charade of representing herself as a Native American, and the catastrophe of her DNA test, turns off working-class families. need them too.

The thing about an omelet with crab meat is that you've got to break some eggs.

And she'll have to break a few on Biden in the next Democratic presidential debate in . But that could get messy, since Biden has support from older African Americans and older, more centrist who don't like the way their party is trending.

Sanders represented the progressive faction in 2016. But and establishment , through former DNC Chair , rigged the primaries and leveraged all that cash and the superdelegates to cynically take Sanders out.

Now progressive seem at a loss to stop Biden. It reminds me of how my brothers and I would wait outside our house for Uncle John, a restaurant man, when Aunt Mary called to tell us he was bringing his famous dessert over to our house.

We'd stand in the middle of the street and flag him down in his big gray sedan, waving our arms and shouting until he finally stopped. He was in his mid-90s and mentally quick. He just had trouble seeing. Still, it was worth the risk of getting flattened because Uncle John made great rice pudding.

But he wasn't campaigning for president.

, at 77, is a year older than Biden but seems much sharper. He's a socialist, yes, and unlike Biden, he knows the difference between and .

Bernie went to on his honeymoon. He talks about free stuff -- free college tuition, "free" health care for all, even for immigrants who illegally cross the border. He probably should use version of "" either as a campaign song or an economic platform.

Sanders doesn't have good hair, but who does? At least his locks are not orange. They're authentically white and grow wild and frizzy from Sanders' head like the hair of , the brilliantly sarcastic scientist in the "Rick and Morty" cartoons.

Sanders is a true lefty, not a faux lefty, and perhaps it would be a good thing for the country to have left and right meet in the Thunderdome and just end this incessant bickering once and for all.

The problem is Joe's in the way. He's locked up key Democratic Party food groups and won't let go.

Biden's weakness is the weight of his lies. Trump lies, too, obviously, but then so did former Presidents Bush I and Clinton and Bush II and Obama. Americans reward politicians who lie, if the lies are offered with emotion or silkiness. Trump just blusters through, like a cheesy house announcer at a pro wrestling match.

The other day, The outed Biden, known plagiarist and gaffe machine, for making up a story about his own heroism as vice president in a war zone honoring an American soldier.

"Biden got the time period, the location, the heroic act, the military branch and the rank of the recipient wrong, as well as his own role in the ceremony," the Post wrote.

He told that whopper to puff himself up, like some Commander McBragg. Biden insists such criticism is "irrelevant" and pushes ever forward, building a safe mind palace for himself on the shores of some golden pond, from which he will run his general election presidential campaign against Trump.

Unless breaks some eggs, and soon.