Why Biden will never recover from his 'record player' line 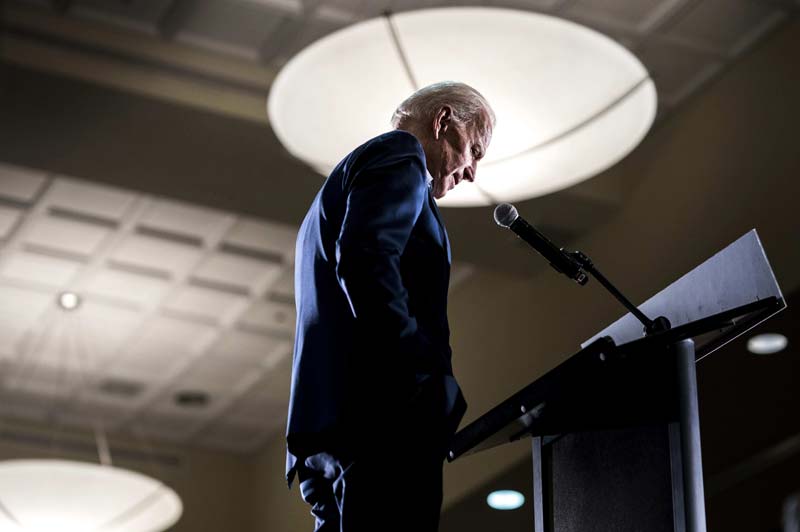 Just to be sure I heard it correctly, I replayed former Vice President Joe Biden's eye-popping gaffe from Thursday night's debate instructing poor parents to put the record player on to help their children learn.

"#Record player" was trending on Twitter by the time I took to the airwaves at 6 a.m. Friday, so my suspicion had already been confirmed: This was more than a gaffe that causes eye rolls. It was one of those gaffes that underscores a candidate's central weakness and continues to bleed away votes long after its utterance.

Recall Sen. John Kerry's "I actually did vote for the $87 billion before I voted against it," or then-President Gerald Ford's famous "There is no Soviet domination of Eastern Europe" from a 1976 debate. Gaffes are like sharks. Some are sand sharks that scare you. Others are Jaws-like beasts. After Thursday night, Biden is going to need a bigger boat.

Because it will haunt Biden's campaign, let's be sure to get the question and answer down in full, for context's sake.

"You said that some 40 years ago," Davis continued. "But as you stand here tonight, what responsibility do you think that Americans need to take to repair the legacy of slavery in our country?"

Biden responded: "Well, they have to deal with the - look, there's institutional segregation in this country. From the time I got involved, I started dealing with that. Redlining banks, making sure we are in a position where - look, you talk about education. I propose that what we take is those very poor schools, the Title I schools, triple the amount of money we spend from $15 to $45 billion a year. Give every single teacher a raise, the equal raise to getting out - the $60,000 level.

"Number two, make sure that we bring in to help the teachers deal with the problems that come from home. The problems that come from home, we have one school psychologist for every 1,500 kids in America today. It's crazy. The teachers are - I'm married to a teacher, my deceased wife is a teacher. They have every problem coming to them. Make sure that every single child does, in fact, have 3-, 4- and 5-year-olds go to school. School. Not day care. School. We bring social workers in to homes and parents to help them deal with how to raise their children.

"It's not that they don't want to help. They don't - they don't know quite what to do. Play the radio, make sure the television - excuse me, make sure you have the record player on at night, the - the - make sure that kids hear words. A kid coming from a very poor school - a very poor background will hear 4 million words fewer spoken by the time they get there."

So the moderator asked about America's original sin - slavery - and Biden somehow got to turning on record players, which wasn't an effort to coax the hipster vote away from Sen. Bernie Sanders, I-Vt., no matter how much the millennials love vinyl. It was an incoherent, rambling illumination of the key knock on Biden: He's too old. Former housing and urban development secretary JuliĂˇn Castro, during the debate, and Sen. Cory Booker, afterward, made this argument, first indirectly, then directly, but they didn't need to. Biden indicted himself on the age question.

If President Donald Trump abandons "Sleepy Joe" for "Record Player Joe Biden" on Twitter, the tattoo on Biden that is probably already permanent gets inked in bright colors. Manhattan-Beltway media may scoff at the single-phrase branding, but every marketer knows it works and works and works.

"Record player" is like Gov. Chris Christie's campaign-killing knockdown of Sen. Marco Rubio at a New Hampshire debate. "There it is. There it is," declared Christie onstage. "The memorized 25-second speech. There it is, everybody." Rubio and his supporters gamely tried for days to argue that what Christie said didn't matter. It did. It was over for the Florida Republican.

A campaign-slashing branding of "robotic" stuck. Just as "record player" will.