Western resolve is not what it needs to be with China 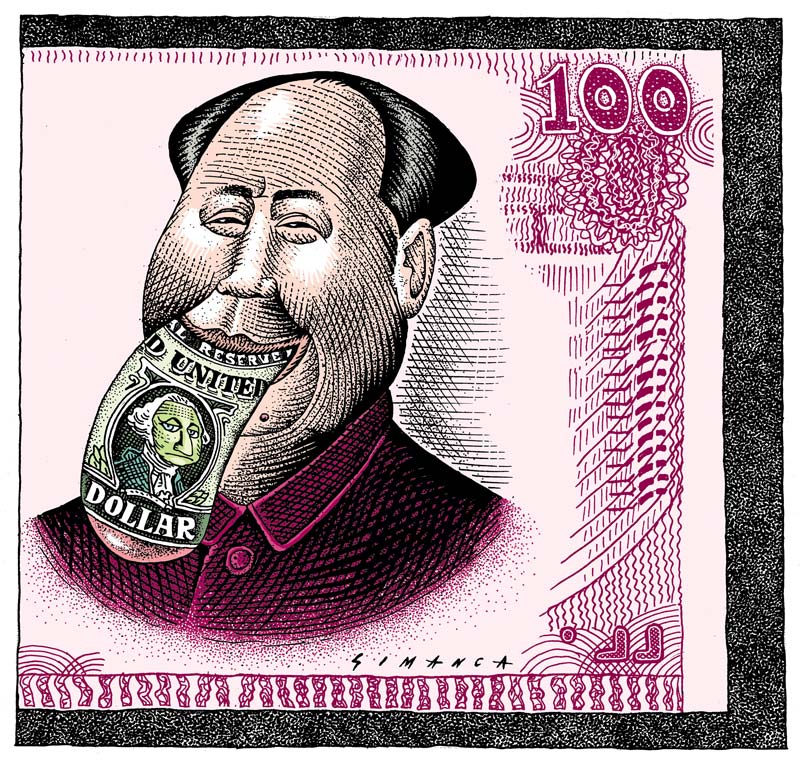 That was Mao Zedong speaking to Henry Kissinger in 1973. The candid and sweeping admission by Mao, who in President Xi Jinping now has a successor of equal ambition, has critical relevance 46 years later.

It should remind everyone in the West that China's leaders today, like Mao then, are not always beacons of candor when projecting their intentions to the world. It is far better for those of us in the West to study China's history than Beijing's stated intentions.

Protests continue in Hong Kong, even though on Wednesday Chief Executive Carrie Lamb formally withdrew a bill from consideration by Hong Kong's legislature, a measure that would have allowed residents of Hong Kong to be extradited to China for criminal trial.

Without naming Hong Kong, Xi "called for a determined fight to overcome any risk or challenge that endangers Communist Party leadership or harms China's sovereignty and security," according to the Wall Street Journal.

So, who to believe? What to expect from Beijing regarding Hong Kong? The only certainty is that the People's Republic of China is playing the proverbial "long game."

If we are in fact serious about human rights and international law, the West has to settle in for a long-haul policy of containment and coexistence with the PRC, speaking firmly but without provocation.

For days now, key congressional and White House figures have projected that message. "It would be a grievous mistake of historic proportion," Sen. Tom Cotton, R-Ark., said on my radio show of the prospect of the PRC using the People's Armed Police to suppress the Hong Kong protests with enormous force.

Secretary of State Mike Pompeo and Senate Majority Leader Mitch McConnell have also spoken in similar, though less blunt, terms. President Donald Trump has been uncharacteristically reserved about Hong Kong on Twitter and elsewhere, recognizing the enormous stakes and the risks of inciting rather than restraining Beijing, notorious in its aversion to explicit threats to the Middle Kingdom from foreigners.

How long a period of such studied cooperation and yet resolution will be required? Consider Mao's response to Kissinger when the question of Taiwan arose in 1973: "That is quite complex. I do not believe in a peaceful transition." He continued:

They are a bunch of counterrevolutionaries. How could they cooperate with us? I say that we can do without Taiwan for the time being, and let it come after one hundred years. Do not take matters on this world so rapidly. Why is there need to be in such great haste? It is only such an island with a population of a dozen or more million.

In his must-read book "On China," Kissinger explained:

In Mao's typical paradoxical style, there were two principal points here of equal importance: first, that Beijing would not foreclose its option to use force over Taiwan-and indeed expected to have to use force someday; but second, for the time being at least, Mao was putting off this day, indeed he spoke of being willing to wait for a hundred years.

When I quoted this to retired Adm. James Stavridis on my radio show Friday, he replied that his favorite quote from Kissinger's book was from Zhou Enlai. Asked his judgment of the French Revolution, Zhou responded, "It's too soon to tell" - equaling Mao's indifference to Western ideas of immediacy and conflict resolution. Stavridis went on to caution that Western resolve is not what it needs to be concerning China, especially on the issue of the South China Sea and the artificial atolls Beijing is developing as part of what looks like another 100-year strategy.

He's right, and the danger is that the West's resolve to object to force in Hong Kong will fade.

Similarly, the danger in the South China Sea is that the West capitulates to Chinese resolve. It will require more than words. It will require ships and submarines, missiles and planes, and a cyber- and space force.

Is the United States really serious? Xi is watching what we build, not what we say.