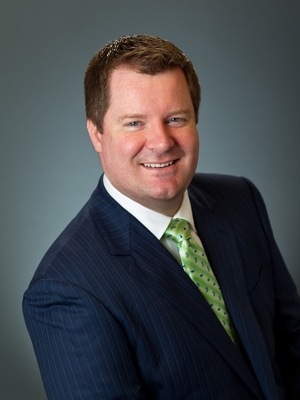 Writing recently in The Wall Street Journal, Iain Murray of the Competitive Enterprise Institute declared that free-marketeers have taken social conservatives for granted. "The free-market coalition is in urgent need of repair.

If enough conservatives join progressives in seeing free trade as a threat to their values, America could end up with protectionist policies for the foreseeable future," he noted.

I share his embrace of the free market. But I am sympathetic to right-leaning concerns about corporate America. While I think free market supporters should not cheer on "creative destruction" when local businesses collapse due to free trade, I think they do have a case to sell social conservatives on the benefits of free market creative destruction.

The chief problem, from my vantage point as someone active in evangelical circles and the social conservative movement, centers less on worries about job loss and more on progressives using corporations to censor and punish conservatives.

Conservatives see Fortune 500 companies threaten states such as Georgia and Texas for advancing religious liberty legislation and protections for faith-based adoption agencies. Corporations have free speech rights, too, but when they reliably advance left-wing causes, even in conservative states, it is not hard to understand why conservatives might no longer be faithfully attached to a free market that benefits those companies. If corporations are going to reliably side with the left, they can hardly expect conservatives to defend the system that enriches these corporations into powerhouses that can use their influence to steer social policy leftward.

There is the other issue for which I have no answer but think conservatives must give consideration. American antitrust law is premised on the idea that giving consumers cheaper prices is a good thing. The government loathes breaking up companies that drive down prices. But is it really a good thing that Amazon can drive down prices to such an extent that it prohibits innovation and competition? Cheapest is not always best, but Amazon's marketplace — and its willful habit of turning a blind eye to cheap counterfeits on its website — prevents creative destruction in the free market. To the extent the average consumer benefits from cheap products delivered in 24 hours, he loses out on access to superior quality and innovation.

In the supply and demand curve of the digital age, tech companies who profit from clicks can use their leverage to create ceilings on prices because of their size. They do so by limiting innovative competitors through patent laws and keeping prices exceedingly low, as well as through venture capital and size. Consumers benefit in the digital stores in which they shop but potentially lose as employees or entrepreneurs of businesses that directly — or even tangentially — come into conflict with a digital behemoth.

Lastly, the free-marketeers need to point out creative destruction can never happen if tech giants and other corporations are allowed to draft the laws and rules. Congress, in trying to regulate Facebook, will draft laws and rules focused on Facebook.

But the very laws designed to regulate Facebook necessarily consider Facebook the default. That will make it harder for competitors to even have a chance to become a default social media platform. Free-marketeers and social conservatives can find common ground opposing companies carving out exceptions for themselves in the tax code, laws and other regulations.

All that said, however, if corporations continue to embrace wokeness, then nothing else will matter. Leveraging their capital, lobbyists and access against conservative values and interests will just cause more conservatives to abandon their support of free markets in favor of legislative and regulatory revenge.