The Houston debate changed few minds but may have opened others 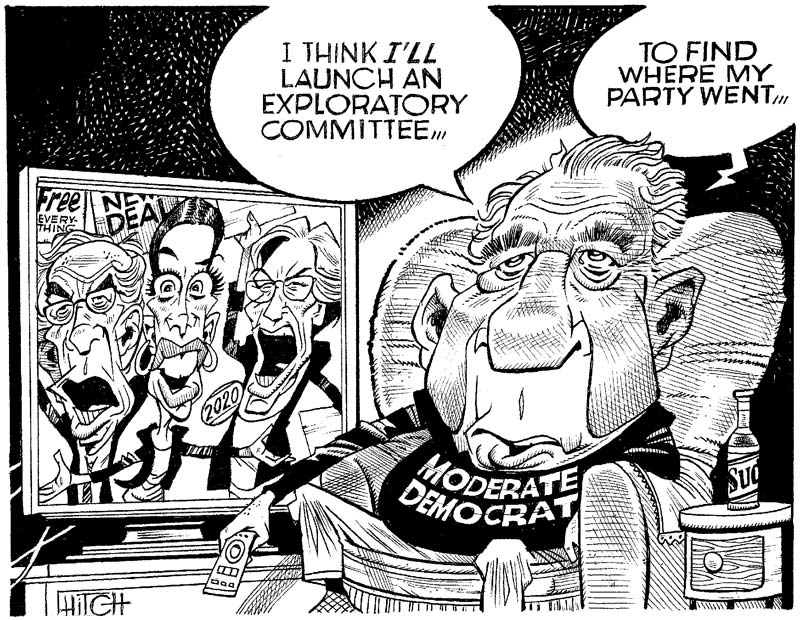 Everything you need to know about the Democratic debate in Houston is the fact that there isn't much agreement on exactly what happened.

The debate on Thursday was either punctuated by personal attacks and sharp ideological exchanges or marked by expressions of Democratic unity and camaraderie among the 10 candidates.

Former Vice President Joe Biden either did better than he had in the first debates or he was rocky, rambling and unimpressive. Sen. Elizabeth Warren, D-Mass., was either fully on her game, focused and disciplined, or relatively absent for long stretches, evasive on one question, and therefore not quite as strong as in Miami and Detroit. And so on.

JuliĂˇn Castro, the former mayor of San Antonio and secretary of housing and urban development in the Obama administration, got criticized in the moment - one attendee said there were gasps in the audience - for seeming to raise the age issue in a loud attack on Biden. But on Friday, the post-debate focus was all about Biden's age.

Cherry-pick through the transcript or video mash-ups, watch a few minutes of cable or, if you are desperate, scroll through the commentary on Twitter, and you can take your pick about the evening. If politics is partly sport, then this was an event for everyone to chew on and offer their opinions.

What the debate didn't do was further clarify the Democratic presidential race. Biden went in as the leader in the polls and with question marks surrounding his candidacy. He left Houston the same way, on top but not yet having reassured the doubters in his party.

Warren came in as the rising candidate ready to knock Biden down a notch, either through their exchanges or by delivering a far superior performance. She probably left without enhancing or damaging her standing. She receives plaudits for ambitious proposals and questions about whether she would be too liberal for the general election. She earns praise for making complicated issues accessible but again would not directly answer a question about whether her health-care plan would require higher taxes on the middle class.

Thursday was the first time this year that Biden and Warren shared a debate stage, and there was considerable anticipation about what might happen. They did tangle over health care. Even though they were standing next to one another for nearly three hours, their interaction mostly ended after the first half-hour. This was not a debate in which the two of them were the story - or seemingly wanted to be.

The other candidate in the top tier, Sen. Bernie Sanders, I-Vt., always gives enough to reinforce the support he has but not enough to enlarge his base. He and Biden had their differences, on health care and on the Iraq War in particular, but those differences were known - and aired out - already.

Biden did acknowledge that Sanders had been right not to trust then-President George W. Bush ahead of the invasion of Iraq. Biden's explanation of his Iraq War authorization vote while in the Senate remains squishy, and his entire answer about Afghanistan and Iraq was, putting it gently, hard to follow.

Polls, however, are not live beings. When arrayed across the stage in Houston, the attributes of those far behind in the polls often overshadowed the performances of the leading three. Once again, who had the best night was in the eye of the beholder.

If there was any consensus about Thursday, it was that former Texas congressman Beto O'Rourke stood out more than perhaps anyone else onstage. With the horrific mass shootings in the Texas cities of El Paso and Odessa - along with the one in Dayton, Ohio - fresh in everyone's minds, O'Rourke drew praise from his fellow candidates for how he has offered support and comfort to his grieving city.

His "hell yes" response to a question of whether he would seek to force owners of assault weapons to give up their guns was a rallying point of the night, regardless of how it will feed conservatives' arguments that the secret ambition of all Democrats is to confiscate everyone's guns.

Others saw merit in the way Sens. Cory Booker, D-N.J., and Amy Klobuchar (D-Minn.) navigated their way through the evening, with Booker showing humor and humanity and Klobuchar stating more clearly than ever her belief that the policies of Warren and Sanders threaten to make it more difficult to defeat Trump or translate from proposal to legislation.

There were more mixed views of Sen. Kamala Harris, D-Calif., and South Bend, Indiana, Mayor Pete Buttigieg, two candidates who burned hot earlier this year and now have encountered a far cooler stretch. Meanwhile, entrepreneur Andrew Yang continued to show that he is having fun running for president.

The one candidate whose strategy - if it was that - appeared to backfire was Castro, when he almost yelled at Biden, "Are you forgetting what you just said?" That certainly sounded like code designed to raise the issue of Biden's age and acuity. Castro later insisted there was nothing personal about that moment. Biden said Friday the age issue is fair game.

Read the debate any way you wish and you will have some people who agree with you and others who won't. That could mean it was simply a status quo event and everyone will move on. But it also might mean this race has some twists and turns ahead.

If the Democratic race is all about electability, then Biden is in the driver's seat. The Post-ABC found that by a wide, wide margin (31 points among registered Democratic leaners) he is seen as having the best chance to defeat Trump in 2020. Sanders and Warren trail in a rough tie for second. But electability is an ephemeral concept. Missteps, mistakes, a drop in the polls can change perceptions of who is most electable.

Biden looks much less strong when a different question is asked: Who would be the best president for the country, regardless of which candidate has the best chance of defeating Trump? On that, it's 24% for Biden, 20% for Warren and 16% for Sanders.

Among Biden's supporters, 81% have a strong favorable impression of him and 70% also say he would be the best president, but that leaves 30% who cite another candidate or cite no one. Among the 45% who say he has the best chance to win the general election, 54% say they would support him in their state's primary or caucus.

Biden faces opponents in Sanders and Warren who could trip him up in Iowa or New Hampshire, and that would scramble the race. Candidates now far back from the top three showed enough in Houston to warrant another look, especially if there is slippage atop the race. Democratic voters have some tough choices ahead. Perhaps it's good that the first votes are still months away.