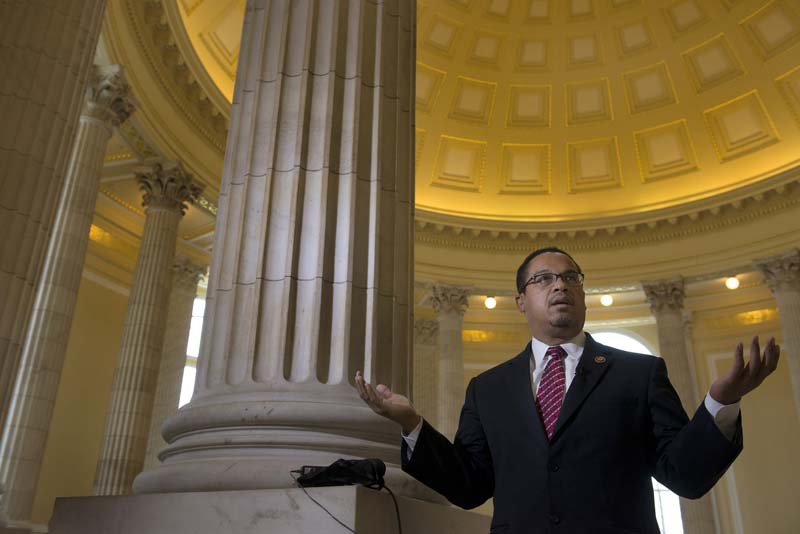 Feminism, Maureen Dowd once explained, died in 1998. That was when the leading lights of the feminist movement decided to give Bill Clinton a pass because they liked his politics:

Feminism Died in 1998 when Hillary allowed henchlings and Democrats to demonize Monica as an unbalanced stalker, and when Gloria Steinem defended Mr. Clinton against Kathleen Willey and Paula Jones by saying he had merely made clumsy passes, then accepted rejection, so there was no sexual harassment involved. As to his dallying with an emotionally immature 21-year-old, Ms. Steinem noted, ''Welcome sexual behavior is about as relevant to sexual harassment as borrowing a car is to stealing one.''

Journalist Nina Burleigh even offered to perform oral sex on President Clinton as a thank-you for his stance on abortion. After that, the anti-sexual-harassment movement, choking on this hypocrisy, ran out of steam, and feminism itself, in Dowd's words, died.

SEXUAL HARASSMENT ISN'T JUST ON ONE SIDE

But in politics, movements pronounced dead are always clawing their way out of the grave and roaming the land once more. So it was with feminism, and in particular the campaign against sexual harassment, which — once Hillary's 2016 defeat got the embarrassing Clintonian contradictions out of the way — started back up under the banner of the #MeToo movement.

Though one suspects that this revived concern with sexual harassment was at least partly motivated by an effort to gin up anger at Donald Trump, whose "Access Hollywood" remarks would have ended a lesser candidacy, it turned out that there were a lot of Democrats with sexual harassment issues. From major donor Harvey Weinstein, to Senator and Saturday Night Live veteran Al Franken, careers were ended by accusations ranging from outright rape to groping to "inappropriate" conduct and remarks.

But now it seems the Democrats have decided to rebury the movement as inconvenient. Democratic National Committee Vice Chair Keith Ellison, currently running for Minnesota Attorney General, stands accused by more than one woman of sexual misconduct and domestic violence. There is allegedly video, though none of it has yet been made public. Former girlfriend Karen Monahan told CBS that he dragged her off the bed and called her a "bitch" because she wouldn't take out the trash. She also accuses him of long-term emotional abuse. And she's not the only woman to level such accusations against Ellison. Nonetheless, criticism of Ellison has been muted, and he won the Democratic primary race for attorney general. This weekend, he won the endorsements of many top Democrats.

John Sexton asks have Democrats abandoned #MeToo for Keith Ellison's sake? The answer, I think, has got to be "yes."

But it's not just politics, as the hypocrisy is just as flagrant in another #MeToo bastion, academia. NYU professor Avital Ronell was charged by a graduate student — and found guilty by a Title IX tribunal — of sexual harassment, essentially making his continued status dependent on sexually accommodating her. She has been suspended for a year.

TITLE IX IS A TOOL FOR FEMINISTS AND NO ONE ELSE

The response from feminist academics? Outrage â€” that a feminist was punished. In a letter signed by dozens of eminent names, the graduate student in question was accused of malice â€” though the letter-signers admit that they are unfamiliar with the actual evidence â€” and argued that Ronell's eminent reputation within the academy should protect her from such charges.

As Prof. Brian Leiter notes, "Imagine that such a letter had been sent on behalf of Peter Ludlow, Colin McGinn, John Searle, Thomas Pogge or anyone other than a feminist literary theorist: there would be howls of protest and indignation at such a public assault on a complainant in a Title IX case."

But the most revealing bit was this one, from the New York Times story on the event: "Diane Davis, chair of the department of rhetoric at the University of Texas-Austin, who also signed the letter to the university supporting Professor Ronell, said she and her colleagues were particularly disturbed that, as they saw it, Mr. Reitman was using Title IX, a feminist tool, to take down a feminist."

So the war against sexual harassment isn't about fairness, or equality for all, it's just a "feminist tool," from which feminists should be exempt?

When feminism died under Clinton, it was because its claims seemed hypocritical, selfish and politically motivated. Now it's looking pretty much the same.

If you want to actually do something about sexual harassment, it has to be treated evenhandedly, whether the perpetrator is a man or a woman, and you can't give people a pass just because they're on your political team. Otherwise, instead of being about justice, it will just look like, well, a "tool."

And so will you.