Who would have thought the first step on the road to democratic socialism would be to privatize it? 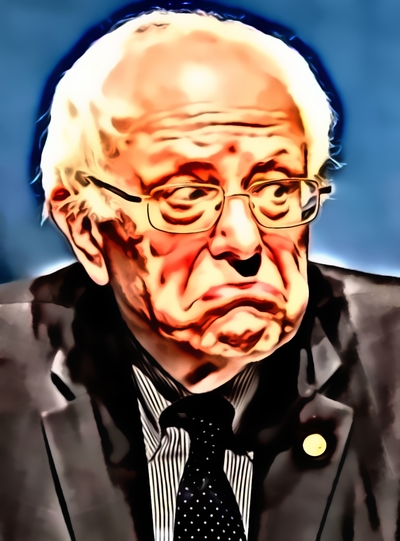 In an advanced industrial democracy like the United States, who should bear primary responsibility for ensuring an adequate social-safety net and a reasonable level of economic equality?

Strangely enough, Sen. Bernie Sanders, I-Vt., the once and possibly future presidential candidate, thinks that's a job for corporate America. Who would have thought the first step on the road to democratic socialism would be to privatize it?

Or so one concludes from reviewing Sanders' proposal to tax large employers (500 or more employees) $1 for every dollar their workers and their family members get in means-tested federal benefits such as food stamps or Medicaid.

He says the plan would prevent giant corporations run by plutocrats such as Amazon's Jeffrey Bezos (owner of The Washington Post) from passing the tab for their underpaid employees' well-being to the government. "Corporate welfare," Sanders calls it.

It's an interesting new role for Sanders - tribune of taxpayer resentment - and it has led to a certain left-right populist fusion, with Tucker Carlson of Fox News echoing the Vermont senator on his show.

Yet as others, including the Center on Budget and Policy Priorities, a liberal Washington think tank that specializes in poverty-related issues, have pointed out, the Sanders plan would be counterproductive: a huge disincentive to hire poor people possessing only entry-level job skills.

If there's a taxpayer subsidy going to the Walmarts and Amazons of the world, it is also a subsidy to their lower-income customers, because holding down labor costs enables them to sell goods more cheaply.

Despite liberal criticism of it, Sanders's proposal is only a politically edgier version of the progressive push to attack inequality through increased regulation of employers, whether by replacing tipping for restaurant workers with a higher one-size-fits-all minimum wage, "living wage" requirements for government contractors, employer mandates for health insurance, or mandatory vacation and sick leave.

There should be clear, broadly applicable minimum standards to prevent a race to the bottom in the labor market.

Generally, however, government is better positioned to address poverty and inequality than private businesses are. The U.S. social welfare system already inappropriately links key benefits to work, in that most of the non-elderly population gets health insurance through their employers, subsidized by a huge tax break.

You'd think Sanders, author of a single-payer Medicare-for-all health-care plan, would understand that.

Instead, he wants to outsource even more of the fight against poverty to, well, Bezos. Bezos is good at many things. (Did I mention he pays my salary?) As a businessman whose shareholders depend on him to meet the demand for low-cost consumer goods, however, he's not well-positioned to produce public goods. And equality and a decent safety net, like a working court system and national defense, are public goods.

Public goods are government's forte, and our social policy should reflect that. Rather than pile more and more complex rules and regulations on private job creators, as France, to its economic and social detriment has done, we should use public resources directly to correct for the socially suboptimal results that the private market sometimes produces.

Despite the recent Republican tax cuts for upper-income households and businesses, we still have a progressive tax system, which means the burden of making sure Walmart's and Amazon's poorest employees don't starve or go without medical care falls on the members of society best able to bear it.

Ideally, progressives would be getting behind policies that simultaneously enhanced the safety net and rationalized its connection to work.

One way to do that would be to redistribute the current budget for the Supplemental Nutrition Assistance Program, which can only be used for groceries and has a murky work requirement. The money (about $70 billion in 2017) could go to unemployment insurance, Supplemental Security Income for poor seniors and the earned-income tax credit - a wage subsidy that encourages poor people to work and encourages employers to hire them.

This plan would simultaneously distribute safety-net resources more efficiently and ensure they go to low-income people who are either working, jobless through no fault of their own, elderly or disabled - a pretty good definition of the "deserving poor."

With government handling that crucial task, companies large and small could concentrate on what they do best: figuring out what their customers want, and assembling the right team to supply it to them at a price they're willing to pay.