Mitch McConnell has saved the Constitution 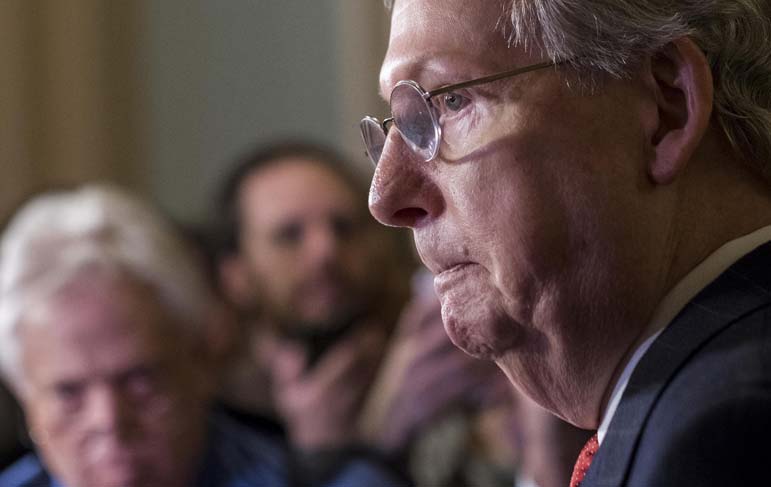 Call it the "McConnell Miracle."

It is not an overstatement to say that Senate Majority Leader Mitch McConnell, R-Ky., has saved the Constitution as we know it. By that I mean the Constitution as it was originally written and subsequently amended and interpreted in Supreme Court rulings, not as the "living Constitution" enthusiasts wish it were or one yet to be interpreted - a sort of super-legislature imposing on the country its own vision of "the good."

Justice Antonin Scalia best summarized the "living Constitution" view as a belief that the rule of law comes down to what a majority of the nine lawyers on the Supreme Court say it is. When Judge Brett Kavanaugh becomes Justice Kavanaugh, the originalist view of the Constitution and the court will be safe, at least for a time.

In an interview Thursday, McConnell was very certain of Kavanaugh's confirmation. "I think any doubts anybody might have had have been dispelled by his virtuoso performance before the Judiciary Committee," he told me, predicting that Kavanaugh will be confirmed by the end of the month. Notably, he also said Kavanaugh would owe no "loyalty" to President Donald Trump, as some on the left have argued the soon-to-be justice would, and that it would be up to the courts to decide if a sitting president can be prosecuted or even subpoenaed.

But the most important thing McConnell said should not pass without notice. I asked the senator if his record on judicial appointments, including the decision to hold open the seat vacated after Scalia's untimely death in February 2016 until after the presidential election, was the most important part of his legacy as a senator.

"I think it's the most consequential series of things that I've done that have the longest impact on the country," he answered. "In the legislative process," he continued, "there's not much you can do all by yourself. The one thing the majority leader can do that no one else can do is the schedule, what you will do or what you will not do. I think the decision not to fill the Scalia vacancy was the most consequential decision of my career. And I think the follow-up on that, to not only fill the Supreme Court vacancies, but put in place men and women [on the federal courts of appeals] who believe that the job is to interpret the law into as many places as we can, particularly at the circuit court level, for as long as we're in the majority is the most important thing I will have been involved in in my career."

He's right. Had Hillary Clinton been elected president, the court would have shifted quickly and far to the left with just the replacement of Scalia with a liberal activist. If Justice Anthony Kennedy had retired and a second liberal justice - even a fairly judicious one such as Merrick Garland - assumed the chair, the court would have been off on a decades-long, perhaps irreversible, lurch into judicial supremacy.

Instead, the Supreme Court and lower courts will remain committed to constitutional textualism and to the personal liberties guaranteed by the Bill of Rights. The judicial branch will not suddenly grab the power of state legislatures over redistricting. There will be no further erosion of freedom of religion - at least for now. Perhaps there will even be a resurrection of the takings clause, the least protected enumerated right.

All because of McConnell. The Republican leader titled his fine memoir of 2016 "The Long Game." He has played that game very well indeed, especially with regard to this issue of the courts, the issue of greatest consequence to the constitutional republic he swore an oath to defend.
(COMMENT, BELOW.)