' Seniors and low-dose aspirin: The latest resarch you absolutely must know - Lenny Bernstein

Seniors and low-dose aspirin: The latest resarch you absolutely must know 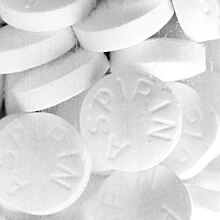 A regimen of low-dose aspirin offers healthy, older people no benefit in staving off cardiovascular disease, dementia or disability and increases their risk of bleeding in the digestive tract and brain, according to a large study released Sunday.

Millions of healthy people take small doses of aspirin regularly in the belief that the drug will prevent heart attacks and strokes. But when researchers looked at more than 19,000 people in Australia and the United States over nearly five years, they found it wasn't so.

There is good evidence for people with known cardiovascular problems to take aspirin. But it had been unclear whether healthy people older than 70 would derive the same benefit.

"Clinical guidelines note the benefits of aspirin for preventing heart attacks and strokes in persons with vascular conditions such as coronary artery disease," Richard Hodes, director of the National Institute on Aging, which helped fund the research, said in a news release. "The concern has been uncertainty about whether aspirin is beneficial for otherwise healthy older people without those conditions."

The test subjects, most of them from Australia, were older than 70, except for blacks and Hispanics in the United States, who were recruited at age 65 or older because people in those groups have a higher risk of heart disease and cardiovascular problems than whites. About half of them took 100 milligrams of aspirin daily (slightly more than a baby aspirin, which has 81 milligrams) and the other half were given a placebo. They were followed for a median of 4.7 years.

The results of the study, led by John McNeil of Monash University in Melbourne, were released Sunday in three articles in the New England Journal of Medicine. It was called the Aspirin in Reducing Events in the Elderly (ASPREE) trial.


One surprise for the researchers was that the group that took aspirin died at a slightly higher rate from all causes than the group that didn't. The difference was attributed almost entirely to cancer, a leading killer of older people, and not internal bleeding. But the researchers interpreted the data cautiously, because other studies have shown aspirin to have a protective effect against colorectal cancer.

The researchers did not state whether healthy older people who have been taking aspirin should stop. And the findings do not apply to black or Hispanic people younger than 65 or others younger than 70.

The U.S. Preventive Services Task Force recommends that people between the ages of 50 and 59 take low doses of aspirin to prevent cardiovascular problems and colorectal cancer if they have a 10 percent or greater chance of events such as heart attacks and strokes and do not have conditions that increase their chances of bleeding. The risk is generally calculated using factors such as age, blood pressure, cholesterol levels, smoking history and other conditions such as diabetes. For people 60 to 69 with a 10 percent or greater risk of cardiovascular events, the task force considers the decision an individual one. For people older than 70, the task force says it does not have enough information.

But the rate of bleeding was significantly higher in the aspirin group: 3.8 percent vs. 2.8 percent.