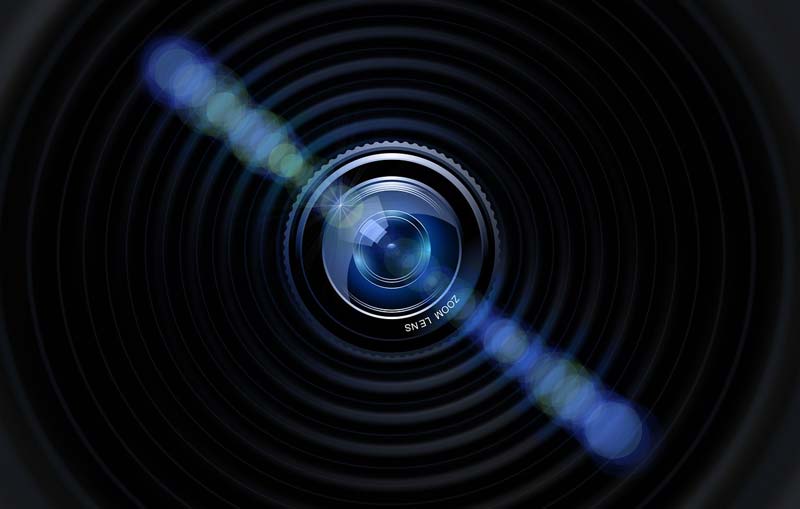 In 2008, the couple took their three daughters, then infants 5 months, 4 months and 18 months old, on a vacation to San Diego. They snapped more than 100 photos during the trip, like parents do, including several of the girls playing together during bath time. When they returned to their home in Peoria, Arizona, they dropped the camera's memory stick off at a Walmart for developing.

Within a day, a police detective came knocking.

A Walmart employee had flagged the bath time photos as pornographic, the detective told the parents. One showed the girls wrapped in towels with their arms around each other; another showed their exposed bottoms.

The Demarees said they were harmless shots of the children goofing around, no different than what you'd expect to find in any family scrapbook. But police and social workers launched a full-blown sex abuse investigation, raiding the couple's home and putting the girls in protective custody for a month while they interviewed dozens of family members and friends about whether the Demarees were child sex offenders.

When authorities declined to bring charges - judges who reviewed the pictures found they were, in fact, harmless family photos - the couple sued two Child Protective Services employees, among others, alleging constitutional violations.

After a series of defeats in the case, a federal appeals court affirmed what the Demarees have argued all along: that their children were taken from them for no good reason.

"The social workers did not have reasonable cause to believe the children were at risk of serious bodily harm or molestation," a three-judge panel of the U.S. Court of Appeals for the 9th Circuit wrote in a 47-page opinion. "Therefore, viewing the record most favorably to the Demarees, the defendants acted unconstitutionally in taking the three children away from home without judicial authorization."

The decision, which came nearly 10 years after the parents' initial encounter with police, revived the case against the two social workers after a lower court dismissed it in 2014. That court ruled that the social workers, as employees of the Arizona government, were entitled to "qualified immunity," meaning they were protected from liability in lawsuits arising from their professional duties.

But the San Francisco-based 9th Circuit panel disagreed, ruling that the social workers presented no evidence that the children were at risk of sexual abuse.

"The risk identified by the defendants did not include taking photos of a nude child in an exploitative situation and distributing them, because there was no allegation or indication that A.J. and Lisa had distributed, or were likely in the future to distribute, nude pictures of their children to anyone," the three-judge panel wrote. "Nor did the identified risk include taking photos of a nude child engaging in sexual conduct, because there was no allegation A.J. and Lisa had ever taken, or were likely to take, photos of their children engaging in sexual conduct."

"And the risk was not that the Demarees would see their own children, ages five, four, and one-and-a-half, nude, including their genitalia," the judges added, "as caring for children of those ages necessitates doing so."

The lawsuit originally named as defendants the detective, Walmart, the state attorney general and the town of Peoria. The detective settled with the parents and the other parties were dismissed during earlier proceedings.

A shocking amount of child pornography changes hands every day in the dark corners of the internet and whatever other channels pedophiles use to traffic sexually exploitative images of minors, as evidenced by the steady drum beat of arrests and sting operations by law enforcement. As the FBI wrote in a memo last year, "Rarely a week goes by in the United States that a child pornographer is not charged or sentenced for federal crimes related to the sexual exploitation of children."

The growth of social networks and photo- and video-sharing sites has facilitated the trade of child pornography, and offenders have found increasingly sophisticated ways to avoid detection, according to the Department of Justice. For obvious reasons, authorities take a zero-tolerance approach.

The drawback, of course, is that people like Lisa and A.J. Demaree get caught up in the dragnet. Lisa Belkin, a former New York Times parenting blogger, wrote of the couple's case: "The downside of society's increased awareness that bad things happen to children is an increased tendency to see those bad things everywhere."

When the detective showed up at the couple's door in August 2008, he brought photocopies of the bath time photos and pressed the parents about them, according to court documents. One showed the three girls lying on a towel with their bare backsides showing.

"Obviously you're not going to share it with anybody, I would hope," the detective said, according to court documents.

"No, absolutely not!" A.J. Demaree responded.

The 9th Circuit noted that neither that picture nor any other portrayed the children in a sexually suggestive manner or showed their genitalia frontally.

After questioning the parents, police took the children in for interviews and medical exams to look for signs of sexual abuse. While the exams were being conducted, they got a search warrant and raided the couple's home, seizing computers, cellphones, undeveloped film and other materials relevant to a child pornography probe, the court wrote.

"It was a nightmare, it was unbelievable," Lisa Demaree said through tears in an interview with ABC News a year after the raid. "I was in so much disbelief. I started to hyperventilate. I tried to breathe it out."

The children's exams came back normal, showing no signs of abuse, and the girls were returned to their parents.

But toward the end of the search of the couple's house, the Child Protective Services workers showed up and discussed the case with police. One of the workers, anticipating child exploitation charges to be brought, decided to take the children into emergency temporary custody. Though she lacked a court order or warrant, her supervisor signed off on the decision. The two older children were driven to one foster home, the 18-month-old to another, according to court documents. Eventually, they were moved to their grandparents' house.

The parents were not arrested nor charged with any crimes, and a juvenile court never adjudicated the girls abused or neglected, as the appeals court ruling stated. But Lisa was suspended from her job at a school for a year, and the couple's names were included on a sex offender registry, as ABC News reported.

"As crazy as it may seem," Lisa Demaree told the network, "what you may think are the most beautiful innocent pictures of your children may be seen as something completely different and completely perverted."