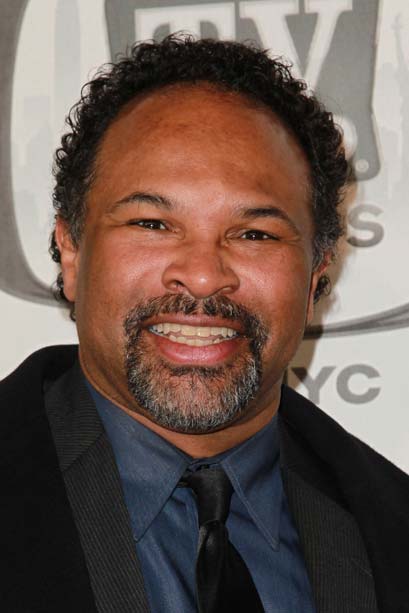 It was called a "feel good" story, but it was all about feeling bad.

A 50-year-old woman was shopping with her 40-year-old wife at a Trader Joe's in New Jersey. At the checkout counter, they noticed a slightly heavyset cashier with a graying beard. He was ringing up and bagging groceries.

"I said, 'Wait a minute, that's the guy from The Cosby Show," Karma Lawrence would tell the media.

Had this been 30 years ago, the incident would have ended there, and you would not know a thing about it. But because everyone now carries the world in a pocket, Lawrence quickly went online and found photos to confirm her belief that the cashier was indeed Geoffrey Owens, who had a featured role on "The Cosby Show" from 1987 to 1992.

So Lawrence did what so many of us now do, for no reason, and with nothing good to come from it. Without even speaking to him, she snapped Owens' picture and posted it on the Internet.

You know what happened next. The Daily Mail ran the photo and wrote a story about how Owens, 57, had been spotted working as a cashier, a job that reportedly paid around $11 an hour. And a viral firestorm began.

Now, while the Daily Mail piece had a condescending tone, if you read the actual comments after the article, you see more people saying, "Why is this a big deal," than you do people making fun of Owens.

But there's no pathos in that. Instead, the headline became that Owens was being "job shamed" on a massive scale, and way more media outlets ran that story, and next thing you know, Owens was on "Good Morning America", and CNN, and in People magazine. He said all the right things, that work was work, that there was nothing shameful about going from high-profile acting to low-profile earning-a-living.

And before you could say "Instagram," he was being offered $25,000 from the rapper Nicki Minaj, and a role on an upcoming Tyler Perry TV show, which Owens has reportedly accepted.

It's the new American Horatio Alger equation: Riches to rags to Internet to riches.

WE MAKE COMMENTS BUT KNOW NOTHING

First, hats off to Owens, who showed nothing but honest work and honest answers in telling the media, "A job is a job" and "Every job is worthwhile and valuable." He said the royalties from The Cosby Show trickled when the show was pulled from syndication (after the sexual assault charges against Bill Cosby) and that Owens' acting work these days, when he got it, was usually a day or two, so he needed to supplement his income.

He did nothing sad or unusual. Just what millions of Americans do when they need to support their families. But because the story went viral, actors quickly tweeted out their unity with Owens. Patricia Heaton posted, "Why are you trying to humiliate this honorable, hardworking actor?" James Woods tweeted, "Maybe some casting director will take note of a fine man who swallows his pride and is willing to work." (Never mind that "swallows his pride" is kind of an insult to everyone who works at Trader Joe's.)

Meanwhile, the biggest question of this whole story is going relatively unasked.

What has prompted us, when we see people going about their lives, to take their picture without permission, post it for the world to see, and make comments about a situation we know nothing about?

What made a woman named Karma (and boy, is that a loaded moniker) think it was OK to invade a man's life that way in the first place?

KARMA HITS KARMA IN THE FACE

Here is what Karma Lawrence told a New Jersey media outlet. "I don't know why I snuck a picture. I figure everybody does it. I don't know what possessed me. I just did it."

That's what people should be talking about. I figure everybody does it. She is hardly alone. She actually admitted her first instinct was to say something to Owens, but instead opted for a distant photo and an Internet post. And of course she did an interview with the Daily Mail.

She apologized profusely. But she has now discovered that karma is a — well, you know — for Karma.

"So much hate. So much nastiness. Oh, it's been terrible," she said. People have called her names. Someone reportedly photoshopped devil horns on her head.

So the woman accused of job-shaming was now a victim of snoop-shaming.

And round and round we go with the web outrage. Body shaming. Parent shaming. Money shaming. Politics shaming. It's all part of a culture that is more interested in commenting on other people's lives than taking care of its own. And it is all fueled by the Internet's seductive but phony sense that you are doing something important by throwing another coal on a digital fire.

All due respect to Owens, but he's hardly the first actor who had a high-profile gig end nearly 30 years ago and must do something else for money now. New York and Los Angeles is chock full of folks in that situation.

But once Owens' photo went viral, then other celebrities — even well-meaning ones — got involved in the high-profile debate, at least partly because it was high profile. It's nice that Minaj and Perry are offering to boost Owens, but they could have done that before he was in the spotlight. Instead, news stories are now being done about their kindness, and about Karma's wickedness, and we continue this cycle of being overly fascinated with celebrities and all that happens to them.

Be honest. Did you check out the original story? Did you look at that photo to see how much Owens had aged? Obviously a whole load of people did. The same ones who buy Star magazine when it publishes its "Best and Worst Beach Bodies" issue, to see how badly famous people look in the flesh, or who flock to "Where are they now?" segments to see how the once mighty have fallen.

The guy who seems to understand this best is Owens himself, who said he doesn't want acting work because he's in the news, but because he's good at it. He told the media, "Eventually, when all this hoopla dies down, I might need to take another job outside of the business. I'm still willing to do that."

By the way, he went to Yale. He has acted in other shows. He teaches classes at universities and isn't indigent or living in a flophouse. He merely chose a job that was flexible enough to allow for auditions while putting money in his pocket.

There was never any shame in that. The only shame is how we are addicted to acting like junior paparazzi. And how we continue to treat other people as curiosities rather than human beings.