Who's Buried in Grant's Tomb? An Unlikely Story of Transformation and Repentance 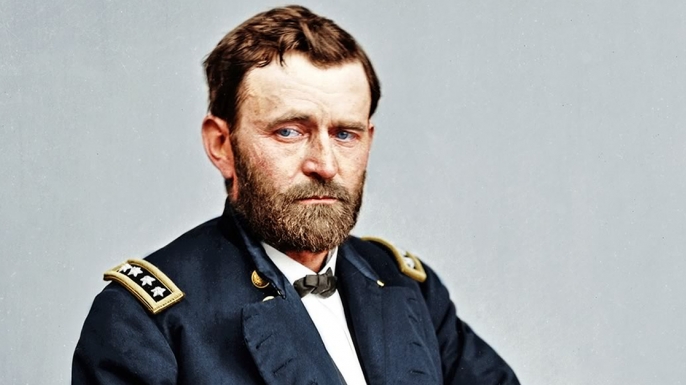 The late president is often demonized, with talk recently of having a monument to his memory, in which he's buried, removed. As Paul Harvey might have said: "And now the rest of the story..."

My husband studied at Julliard and at Manhattan School of Music, both on the Upper West Side. One of our favorite walks was on Riverside Drive, past Grant's Tomb. As we passed it, we always turned to each other and jokingly asked, "Who's buried in Grant's Tomb?" Now it's a real question, one that is surprisingly appropriate as Yom Kippur approaches.

So who is buried in Grant's Tomb? According to some, an anti-Semite.

New York City Mayor Bill de Blasio considered removing Grant's Tomb, as the wave of statue toppling sweeps across the United States. Time to remove the haters, mobs chant; politicians fearfully cover statues or take them down in the dark of the night.

The question is: Who was Grant?

On December 17, 1862, General Ulysses S. Grant, who would become the 18th President of the United States, gave an order to expel Jews for black marketing in Kentucky, Tennessee and Mississippi. Black marketing followed both the Union and Confederate armies during the Civil War. While only a few Jews were involved in the black market, the entire Jewish community was blamed, while Christians were not blamed for fellow Christians' involvement. Clearly, Order 11 was a blatant act of anti-Semitism.

Telegrams were sent to President Lincoln and there were protests in several large cities. Influential Jewish Republicans met with President Lincoln who immediately cancelled the order, sending a message to Grant stating, If such an order has been issued, it will be immediately revoked. This was during the same week that Lincoln issued the Emancipation Proclamation.

On the basis of this action, Grant falls into the category of Jew hater. But this was not the end of the story.

An interesting transformation occurred in Grant, ashamed of this order for the rest of his life. He apologized publicly. He reached out to the Jewish community in ways that were unprecedented for a president.

During his presidency, he opposed a movement for a constitutional amendment to make the US explicitly Christian. He named more Jews to prominent positions in government than any of his predecessors. He was the first President to speak out against persecution of Jews in Europe, including sending an emissary to Bucharest to help.

To remove Grant's Tomb would erase a story of redemption that transformed an American leader from one who succumbed to anti-Jewish stereotypes to a supporter of the Jewish people. At his death in 1885, he was mourned in synagogues across the nation.

In a short time, Jews will be reciting the "Al Chet," the public pronouncement of wrongdoings. We repent -- do tshuvah -- before the Lord and also ask for forgiveness of those we may have wronged. Judaism is very specific about apologies, understanding that verbal pronouncements may be superficial and without action, devoid of true repentance.

Interestingly enough, Grant followed the path of tshuvah. He apologized for what he had done, naming the infamous order. Through his actions, he publically supported the Jewish community at a time of widespread anti-Semitism.

So who is buried in Grant's tomb? A man who overcame his anti-Semitism and became a great friend of the Jewish people.

As we approach Yom Kippur, his story reminds us how important repentance is, how apologies have meaning and how it is never too late to reach out to others.

I for one, hope Grant's Tomb remains right where it is.