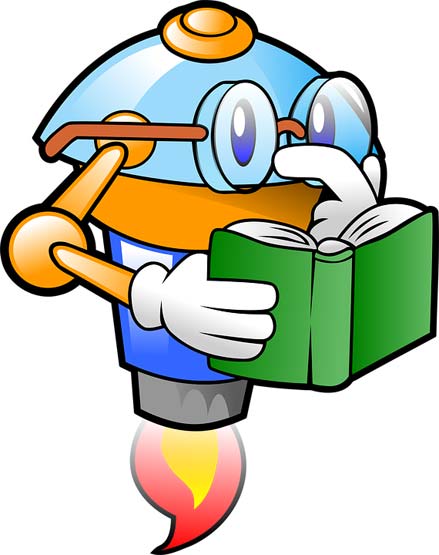 "Here's the dirty little secret about automation: it's easier to build a robot to replace a junior attorney than to replace a journeyman electrician."

That's Mark Mills, noting that it's white-collar jobs that may be the next casualties of automation. "Instead of creative destruction coming to factories and farms, it's sweeping through city centers and taking white-collar jobs." White-collar workers used to think they were safe from automation while lesser breeds suffered unemployment. But now they're on the front lines.

That's certainly the case with lawyers, who are being replaced by software, by paraprofessionals, and sometimes even by outsourcing to third world nations. And that's bad news since lawyers' income and employment prospects have been largely stagnant (or worse) for decades. But, as with automation in other areas, it may be good news for the consumers of legal services, even as it makes things worse for the producers.

That's the central thesis of Rebooting Justice: More Technology, Fewer Lawyers, and the Future of Law, a book by my University of Tennessee colleague Benjamin Barton, together with the University of Pennsylvania's Stephanos Bibas. Their thesis: The very things that are making life worse for lawyers and law firms may pay off for lower- and middle-income Americans by finally making legal services affordable.

Both authors are distinguished professors with extensive experience in legal practice, and in particular in serving lower-income Americans. And if you're a lower-income American (and in this context, lower-income doesn't mean all that low) paying a lawyer to represent you in a criminal or civil matter, or even to fight a parking ticket or prepare a will, is a major and perhaps unaffordable burden.

Rebooting Justice tells the story of "wildly overburdened" public defenders and court-appointed attorneys who represent poor defendants in criminal cases (and even in death penalty cases), and who often do a substandard job of it.

In many states, we're told, 75% or more of family law disputes involve at least one party trying to proceed pro se - that is, without a lawyer. Unsurprisingly, these people usually do badly.

The authors quote Derek Bok, who said that in America, "there is far too much law for those who can afford it, and far too little for those who cannot." But the good news is that law may be about to become a lot more affordable.

One example: A lawyerbot called Do Not Pay helps people contest parking tickets. In London and New York, it helped people overturn 160,000 tickets in its first 21 months. Its creator, 19-year-old London-born Stanford student Joshua Browder observed: "I think the people getting parking tickets are the most vulnerable in society. These people aren't looking to break the law. I think they're being exploited as a revenue source by the local government."

There's not much doubt about that. Local governments pretend it's about safety, but use traffic fines for revenue. Those fines fall hardest on poor people, for whom a $150 fine is a financial disaster and for whom an appearance in court is frightening and awkward. Often, a few citations, with interest and penalties accruing, can be the beginning of a downward spiral leading to bankruptcy or jail.

This has the potential for social revolution in many ways. It's bad for the lawyers who lose work to bots. It's bad for cities who rely on revenue extorted from motorists and other petty offenders to balance the books. (DoNotPay's 160,000 overturned tickets represented over $4 million in revenue). And it's bad for any part of the legal system that forces compliance from ordinary people who just don't want the hassle of going to court.

But it's good for people who, up to now, haven't had much leverage. If we're lucky, we'll wind up, as Barton and Bibas suggest, with "fewer lawyers, more justice." For people like me, who sell law degrees for a living, that may be bad news. For society as a whole, though, it may turn out pretty well.