Death of NFL inevitable as middle class abandons the game 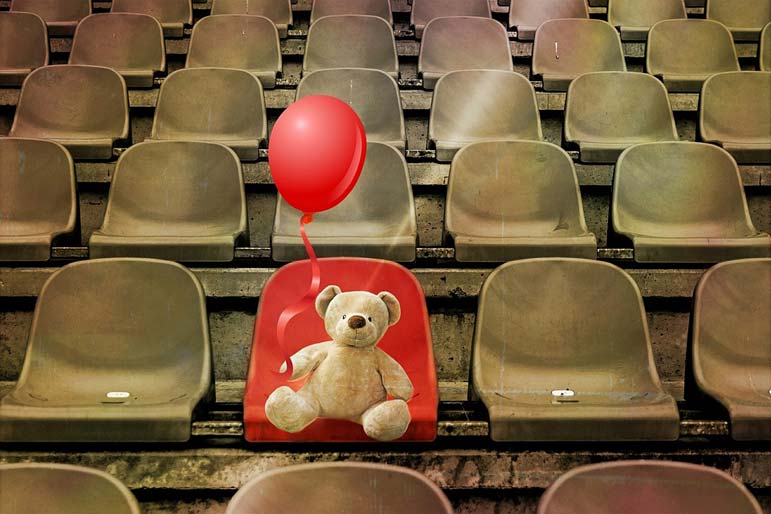 To witness the death of the multibillion-dollar , you really don't need to see sportswriters wringing their hands over the moral dilemma of covering America's Roman circus of brain trauma.

And you don't need to watch multimillionaire football stars, pampered for most of their lives, ostentatiously disrespecting the American national anthem, kneeling, their raised fists in the air.

You don't need to see the desperation in the television commercials: actresses in team gear, holding snack trays to feed their (virtual) extended team-gear-wearing families, as the NFL begs middle-class women to mother their game before it dies.

You don't have to do any of that to see how football is dying.

All you have to do is go out to a youth football field, as I did on Sunday morning, and talk to parents and coaches.

"Just four years ago, we had so many boys signing up for football, we had five teams at this fourth-grade level," says , a dad, software engineer and football coach of the Wheaton Rams in the in the western suburbs of .

"And from five teams of fourth-graders four years ago, what do we have now? One team. Just one."

Out on the field, the Wheaton Rams and the Lyons Tigers were going at it, having fun. Parents and grandparents watching, sipping lattes, a few dads nervously pacing the sidelines as dads always do, willing prowess on their sons.

But what do the numbers from the hometown of the "Wheaton Ice Man," the great Red Grange, tell us about football in America?

"If dropping from five teams of fourth-graders to one doesn't tell you what's happening, nothing will," Herrera said. "Football is such a great game, it teaches great lessons to young men. But I've got a sense of dread for this game of football that I love."

Herrera cares about the lessons the game can teach. He and other coaches are deadly serious about instilling "heads up" tackling techniques to protect the heads of their players.

"But it's the parents," he said. "They're worried about the brain."

It is all about the brain. The brains that are injured in the game, yes, but also about how the human mind works, as the American middle class withdraws from football, a cultural trend that will cut the NFL away from American virtue.

What is virtuous about brain damage? I'd prefer to watch prizefighters. At least prizefighting is honest about its violence. It doesn't wrap itself up in mom and apple pie.

Four years ago I wrote a column saying that football was dead in this country, as dead as the Marlboro Man, though it didn't know it yet.

Putting your kids in football would be akin to giving them cigarettes, and leave you to face the withering judgment of your friends and neighbors.

I was hated for it, accused of wussifying American boys. Some even called me a liberal. Now though, years later, the water is warm and others have jumped in, as the feeding frenzy around the NFL becomes undeniable.

Without that feeder system to provide fresh meat and fresh brains for the NFL meat grinder, the NFL as we know it is doomed.

There is still enough talent and size to fill the ranks. And gambling drives the game along. But without its connection to the middle class, the NFL loses what it can't afford to lose: market share.

You really think the NFL is worried about young athletes? If so, they'd have changed the rules years ago, abandoning face masks, enlarging the ball to make it difficult to throw, switching to one platoon football.

Parents read the news, they know about concussions and CTE, chronic traumatic encephalopathy. While a recent study wasn't random -- brains were donated by concerned families -- the analysis by of brains from dead players showed that of 111 brains from NFL players, 110 suffered CTE, a condition causing depression, psychosis, dementia, memory loss and death.

And what does science tell us?

It's not the concussions that are killing football. Every sport has danger in it, and concussions can happen in basketball, soccer, perhaps even badminton, for all I know.

And as a soccer dad, with two sons playing in college, I've spent my share of nights in emergency rooms. Concussions happen when brave athletes collide at speed, and mostly it's the brave ones who get hurt.

There has been a pathetic and desperate spin by football to lump soccer and other contact sports into the discussion to save itself. But it can't. Because what makes football different from the others is the design of the game -- sending bodies crashing in high-speed, high-impact collisions. It is what makes it awesome and dangerous and fun to play.

Heads get in the way. And football provides not only concussions, but by design, multiple hits to the head. There is no getting around this.

"Sure I'm concerned," said one of the moms at the game, a lawyer who is no stranger to courtroom debates about liability. "But he loves the game so much. We haven't made a decision as to how long he'll play. At this level, they're just learning, they're not big enough to hurt each other. Later? I'm thinking about it."

It's already there, dad. It's there.