'I Say: We Let the Planet Die' 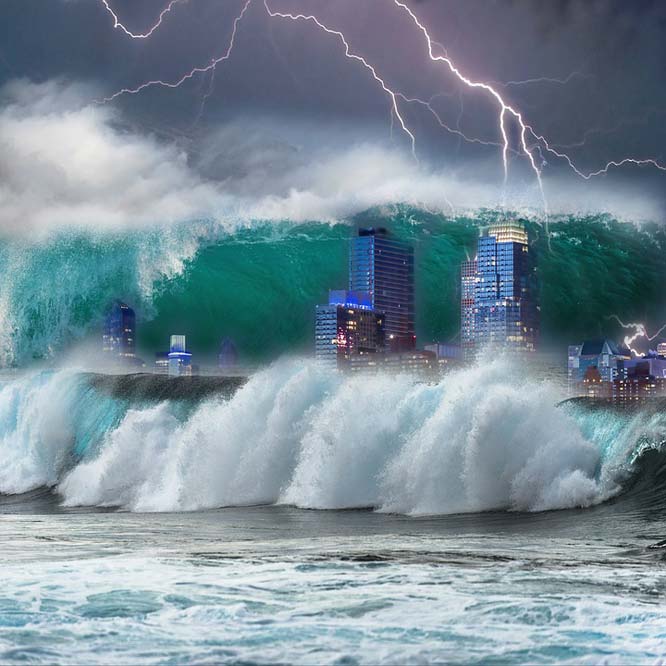 That hilarious and politically incorrect line was spoken by Liz Torres' character on the old John Laroquette show.

She was showing her frustration after doing due diligence recycling and separating her trash into paper and plastic only to watch sanitation crews dump it all together in one truck.

I recycle because in NYC you will get fined by inspectors if they find recyclables in regular trash but I also know that these efforts will do absolutely nothing to save the planet.

With the current hurricane activity being hyped as if it is unprecedented (it is not) the climate change sycophants are in full hype mood and it's time to shed light on what's really behind the biggest hoax ever perpetrated on the gullible. Greed.

Did you notice that being green is a heck of a lot more expensive but manufacturers are finding it really easy to jack up the prices of products by simply adding the green packaging?

Admit it, do you buy everything organic even though you have no way to verify that it really is organic but will pay the higher price anyway? The entire greening campaign waged around the world is so successfully endemic that one can only conclude that idiocracy is no longer an urban legend.

Sadly our school children are being indoctrinated into this campaign based on fake facts.

I hypothetically asked my daughter when did this â€˜save the planet' brouhaha start, thinking she would answer-Al Gore. Instead she reminded me that it started on Earth Day in 1970.

Back then it was a bipartisan awakening to make sure our water and air were clean. I had no problem with that except that it ended up with the establishment of the EPA which ultimately became a bureaucratic tyrannical entity. Thanks to the EPA, DDT was banned and millions of Africans died from malaria.

The Environmental Protection Agency has been responsible for innumerable disasters thanks to its incompetence and stringent nonsensical regulations. Google the Sacketts case, Gold King Mine disaster, and let's not forget, in Greensboro, EPA-funded contractors grading a toxic 19th-century cotton mill site struck a water main, sending the deadly sediment into a nearby creek.

It's easy to think that the Earth Day may have been inspired by hippies (albeit committed lovers of the earth) but I suspect that many others saw the dollar signs that could fatten their wallets once they recognized the crowd's gullibility.

The opening ceremony was emceed by Ira Einhorn who claimed that Earth Day was his idea. This was disputed by others especially after Einhorn was arrested for murdering and composting his former girlfriend, Holly Maddux. He managed to escape after jumping bail and fled to Europe until he was extradited 23 years later.

Of course not all environmentalist activists are homicidal hippies but quite a few of them are so far in left field that they have lost all common sense. There are three kinds of environmentalists, the good, the bad and the stupid. Most of those harping about climate change fall into the last two categories

In an interview with Patrick Moore whom I consider a good environmentalist, the former co-founder of Greenpeace, Mr. Moore told me that many of his colleagues were not interested in cooperation and rejected consensus in favor of continued confrontation, ever-increasing extremism, and left-wing politics.

"Environmentalism has become anti-globalization and anti-industry," Mr. Moore says. "Activists have abandoned science in favor of sensationalism." He left Greenpeace because he saw his colleagues abandoning science and logic and adopting zero-tolerance policies that are environmentally negative.

Of course, Greenpeace has attacked Mr. Moore for abandoning the cause for financial gain and that he is working for corporations that do harm to the environment. If we're really going to address that issue then we need to check who's funding those faux scientists with their faux graphs and attacks on climate change skeptics.

Joy Overbeck wrote this about the global warming folly-"ten years after Al Gore's dark warnings, literally none of his predictions have come true: no islands have drowned; nor have the huge populations who were to die from rising seas or heat-blasted crops actually expired; the polar ice caps not only stubbornly refuse meltdown but ironically their ice is so thick it traps climate research ships. And the polar bears are just fine, in fact thriving. Despite NASA scientists finding global temperatures have only increased 1.4 degrees Fahrenheit since 1880, despite Al Gore and the UN's serious errors in promising massive climate disasters, despite the fact (from the U.S. Geological Survey among others) that only .038 percent of earth's atmosphere is actually carbon dioxide so to reduce it would be totally futile, liberals insist that carbon fuels must be eradicated to save the earth. Since those fuels drive economic prosperity both here and in desperately poor countries, the leftists who like to think they're compassionate "progressives" are really in the most basic sense anti-progress and anti-poor people."

There's a great film by the very wise Irish documentarian, Phelim McAleer, titled, "Mine Your Own Business-The Dark Side of Environmentalism". He visited several cities that were in serious need of development but environmental activists protested the efforts by mining companies to improve their lives.

In Madagascar, he interviewed a native who was stuck making straw mats to survive when what she really wanted was her daughter to be able to go to college and become a doctor.

A patronizing South African activist dismisses her ambitions instead to praise the country's beauty that should remain unsullied despite the woman's heartbreaking situation.

The film talks to some of the world's poorest people about how western environmentalists are campaigning to keep them in poverty because they think their way of life is quaint.

Besides billionaire Al Gore and his carbon credits scam, there are many others who've profited greatly from the green crisis. Think those turbine windmills are a good thing? Ask those whose land has been razed to erect these essentially useless bird-killing pinwheels that cost one million dollars each; doesn't matter if they will ever produce enough energy because the government will pay the cost for operating them.

Oops, I mean the taxpayers... Solar panels in cold climates? Who cares? One can get tax credits. Remember Solyndra solar went belly up but somehow only the taxpayers lost money.

Follow the money to uncover how Americans have been scammed by the green advocacy and thank President Trump for exiting the malicious Paris Accord.

If you still think the planet needs your help, take a break and check out the late comedian George Carlin's rant on YouTube. Excuse its strong language but here's a clean quote- "The planet will be here for a long, long, LONG time after we're gone, and it will heal itself, it will cleanse itself, 'cause that's what it does. It's a self-correcting system. The air and the water will recover, the earth will be renewed."