OMG, Falling in Love with the President 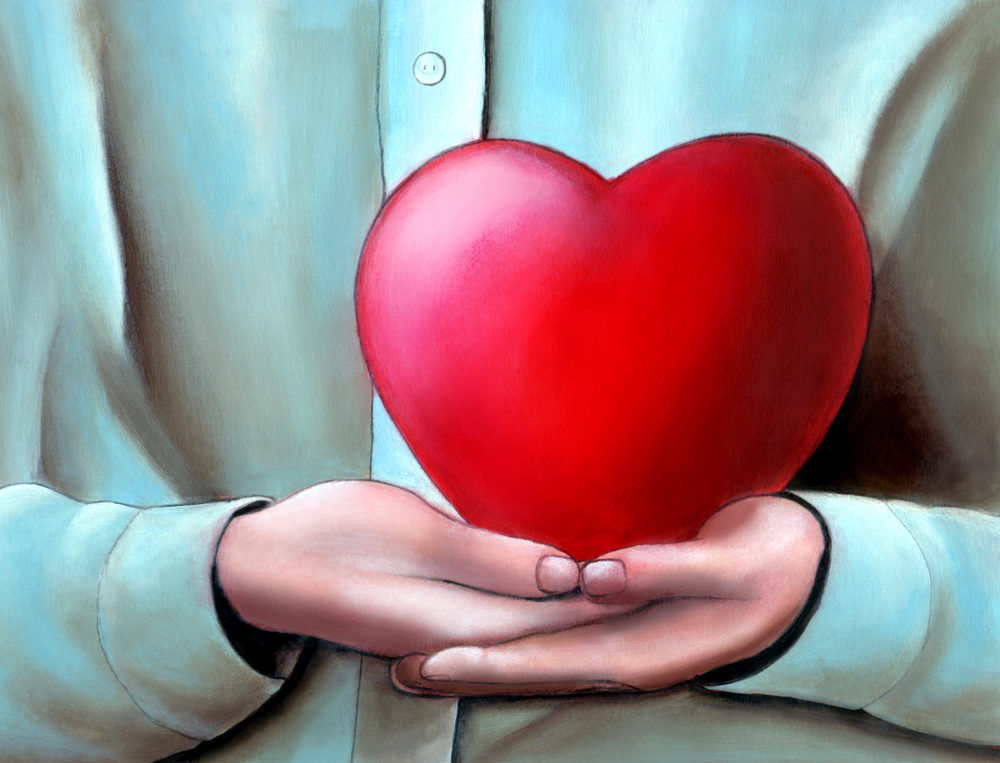 In the beginning of the 2016 presidential race, most conservatives like myself, had their own favorites and very few considered Donald Trump as one. Mine was Rick Perry followed by Marco Rubio once Gov. Perry dropped out.

As the race proceeded and Trump continued to mow them all down, I was dismayed at how the debates seemed to be fixed by the GOP establishment and the media. Then a strange thing happened. I started listening to what Donald Trump was saying during his campaign.

My brother Joe who was battling late stage cancer called me up one night speaking enthusiastically about how Trump was speaking for him and other veterans and about making America great again.

My husband, also a former marine, had to admit that Trump was a serious candidate and having worked for him for 12 years when Trump co-owned the Grand Hyatt in Manhattan, he knew quite a bit about the man. He also knew that much of the racist charges leveled against him were totally bogus.

Trump staffed the Hyatt with a majority of minorities in positions ranging from management to housekeeping. In 1999 Jesse Jackson praised Trump for a Lifetime of helping African American Community Nevertheless, the operative liberal canard of racism has been successfully leveled against Republicans since the rise of Barack Obama.

Because Donald Trump campaigned against illegal immigrants he has been stuck with that faux smear. Because 63 million Americans voted for him, they too are similarly branded. We are not racists or white supremacists. Nor are we against legal immigration but what drew us to Trump was the fact that the Democrats and the RINOs in Congress failed to recognize the unfairness towards Americans in dealing with the millions of illegals dumped on our doorstep.

It is one thing to give sanctuary to refugees fleeing from tyranny and war. That is in the traditional role of churches. It is quite another thing to give any and all who swarm here benefits that belong to our legal citizens who actually paid for them.

Hospitals are being swamped with illegals brought here by the Homeland Security Department from countries infested with diseases that had been eliminated here through our vaccination protocol. These illegals then qualify for welfare payments, food stamps, housing and even scholarships that we deplorables couldn't obtain for our own higher education.

Only Donald Trump had the temerity to speak the truth about this burden on Americans and he hit a homerun with the â€˜deplorables' like me. Because he tried to ban travel here from certain countries with terrorist activity until proper vetting was in place, the liberal cult imploded even though Obama had listed those same countries as dangerous.

Now, the leftwing media and dimwit Hollywood celebrities are pouncing on him for ending the unconstitutional Dream Act that sheltered illegal so-called children now adults brought here as children.

Barack Obama knew it was unconstitutional when he bypassed Congress but he could do anything anyway. 2,139 of these DACA adults have been convicted or accused of crimes but thanks to fake news and the enemedia sob stories, we're supposed to give them a pass?

I happen to know several illegals brought here by their parents as children but who are now adults. They have gone through the expensive process of legitimizing their condition without waiting for politicians to keep them here illegally.

It's no secret why the Democrats and RINOS want illegal immigrants to remain here. Cheap labor and voter fraud keep both parties happy but it's very wrong for America.

Even though many of Trump supporters felt that Trump was not an ideal conservative the very idea that Hillary Clinton would continue the disastrous Obama anti-American agenda and destroy the Supreme Court for eons to come made us forsake our family and friendship ties.

Many of these relationships are doomed forever unless the never-Trumpers wake up and realize that providence has spared us by giving us the leader we needed. Consider what Donald Trump has done in the very short time he has been president and you will know why so many of us deplorables are falling in love with him.

• He put Neil Gorsuch in the Supreme Court, a worthy successor to Antonin Scalia

• He dropped 59 missiles in Syria after it crossed the â€˜red line' that Obama warned about but did nothing when it was crossed.

• He pulled out of the potentially disastrous Paris Accord

• He made NATO Allies boost spending by 4.3%

• Stock market highest ever in history

• Mother of all bombs (MOAB) for ISIS There are so many more positive actions for those who are honest enough to look for them but when we see the undoing of the Obama leftist and harmful executive orders we just post one word on social media-Winning!

The left wing on the other hand continue their WHINING about everything the Trump administration does even if it's good for the country.

It's getting harder and harder to understand why the enemedia, RINOs and snowflakes think it is wrong to deport illegals who have been caught committing violent crimes. Trump is getting rid of that murderous MS-13 gang that apparently sanctuary cities are still trying to protect.

Those genuflecting before the Obama executive orders haven't a clue about the real world and so they were stunned when so many of us who live there voted for a non politician to save them.

As I watched President Trump and our elegant, beautiful Flotus Melania help those devastated by Harvey in Texas, I felt so proud that I voted for him but I really hadn't expected to be as fond of him as I was of Ronald Reagan.

The left wrote snarky, backhanded comments alleging this was a different Trump but those who've come to know the real Donald know that this is his real side.

I recall during the Republican primary debates, how he knew that Ben Carson had been overlooked when it was his turn to enter stage. He stepped back and graciously let Carson go before him.

Needless to say, this video or any other showing this compassionate side was never shown on the lamestream media.

Looking over the many columns I've written over the years, I can see the metamorphosis in them which ranged from slightly mocking to positively defending him. I have no problem admitting when I have misjudged someone and will wait patiently till his detractors come to the same conclusion.

Those looking for the truth about the POTUS should assume all news from CNN. ABC. NBC. MSNBC, CBS, AOLNews, Washington Post, LA Times and liberal online sites will be negative. Instead check out Washington Examiner, theconservativetreehouse.com, and the inimitable and priceless lucianne.com for news the mainstream media refuses to cover.

Don't be fooled. The truth is out there. MAGA. G0D Bless our President who's working hard to make it so.