The next president unbound 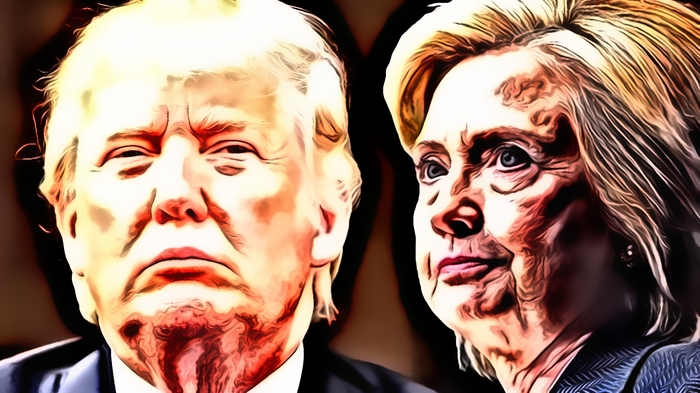 supporters see a potential victory in November as the end of any conservative chance to restore small government, constitutional protections, fiscal sanity and personal liberty.

Clinton's progressives swear that a Trump victory would spell the implosion of America as they know it, alleging Trump parallels with every dictator from Josef Stalin to .

Part of the frenzy over 2016 as a make-or-break election is because a closely divided future may hinge on the coattails of the presidential winner. An aging may also translate into perhaps three to four court picks for the next president.

Yet such considerations only partly explain the current election frenzy.

The model of the imperial Obama presidency is the greater fear. Over the last eight years, Obama has transformed the powers of presidency in a way not seen in decades.

talks grandly of "comprehensive immigration reform," but Obama, as he promised with his pen and phone, bypassed the House and to virtually open the border with . He largely ceased deportations of undocumented immigrants. He issued executive-order amnesties. And he allowed entire cities to be exempt from federal immigration law.

The press said nothing about this extraordinary overreach of presidential power, mainly because these largely illegal means were used to achieve the progressive ends favored by many journalists.

The used to ratify treaties. In the past, a president could not unilaterally approve the Treaty of Versailles, enroll in the , fight in or without congressional authorization, change existing laws by non-enforcement, or rewrite bankruptcy laws.

Not now. Obama set a precedent that he did not need ratification to make a landmark treaty with on nuclear enrichment.

He picked and chose which elements of the Affordable Care Act would be enforced -- predicated on his 2012 re-election efforts.

Rebuffed by , Obama is now slowly shutting down the detention center by insidiously having inmates sent to other countries.

Respective opponents of both Trump and Clinton should be worried.

Either winner could follow the precedent of allowing any sanctuary city or state in to be immune from any federal law found displeasing -- from the liberal Endangered Species Act and federal gun registration laws to conservative abortion restrictions.

Could anyone complain if Trump's secretary of state were investigated by Trump's attorney general for lying about a private email server -- in the manner of Clinton being investigated by ?

Would anyone object should a President Trump agree to a treaty with Russian President in the same way Obama overrode with the deal?

What would Americans say if -- mirror-imaging -- hounded the progressive nonprofit organizations of ?

Partisans are shocked that the press does not go after Trump's various inconsistencies and fibs about his supposed initial opposition to the Iraq War, or press him on the details of .

Conservatives counter that Clinton has never had to come clean about the likely illegal pay-for-play influence peddling of the or her serial lies about her private email server.

But why, if elected, should either worry much about media scrutiny?

Obama established the precedent that a president should be given a pass on lying to the American people. Did Americans, as Obama repeatedly promised, really get to keep their doctors and health plans while enjoying lower premiums and deductibles, as the country saved billions through his Affordable Care Act?

More recently, did Obama mean to tell a lie when he swore that he sent cash to the Iranians only because he could not wire them the money -- when in truth the administration had wired money to in the past? Was cash to really not a ransom for American hostages, as the president asserted? Did Obama really, as he insisted, never email Clinton at her private unsecured server?

Can the next president, like Obama, double the national debt and claim to be a deficit hawk?

has proven woefully inept at asserting its constitutional right to check and balance Obama's executive overreach. The courts have often abdicated their own oversight.

But the press is the most blameworthy. press conferences now resemble those in the Kremlin, with journalists tossing Putin softball questions about his latest fishing or hunting trip.

One reason Americans are scared about the next president is that they should be.

In 2017, a President Trump or will be able to do almost anything he or she wishes without much oversight -- thanks to the precedent of Obama's overreach, abetted by a lapdog press that forgot that the ends never justify the means.